Two Comments / On Giving Sannyasa / On Criticizing The GBC's Gurus 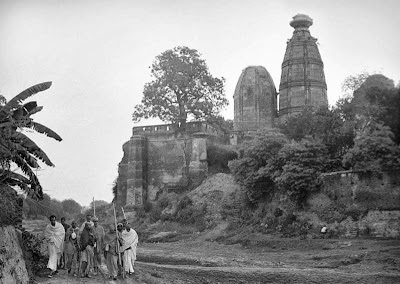 SO THIS ACCEPTANCE OF SANNYASA IS FOLLOWING THE VEDIC RULES. SO YOU CAN ACCEPT SANNYASA EVEN FROM MAYAVADI. IT DOESN'T MATTER. BUT YOU HAVE TO TRANSCEND THE LIMITS OF VEDIC RULES. THAT IS KRSNA CONSCIOUSNESS."

Pada, here Prabhupada is talking about taking sannyasa from a mayavadi sannyasi, specifically about Lord Caitanya's taking sannyasa. Look it up in the Vedabase. What do you mean when you say if someone takes initiation the same time a bogus guru takes it then the first devotee's initiation as sannyasa isn't bonafried? Obviously you don't know stool about it! You owe it to yourself to .... (cuts off here).

[PADA: I am not sure what your point is? We said that since the GBC is giving sannyasa by the bucket loads since 1977, that means -- they are not following the January 1977 order to suspend sannyasa? Srila Prabhupada said -- its not working, and they should get married. Instead of suspending the sannyasa order -- the GBC went hog wild and they said -- we are going to make 100 more sannyasas and declare they are messiahs and acharyas.

Srila Prabhupada said in 1977 that they are making a laughing stock out of sannyasa and this is hurting the image of his movement, and so the GBC said, lets do even more damage, lets make the whole acharya platform a laughing stock. Or what? You cannot write long comments, you have to break them up into paragraphs, they get cut off after one paragraph and I never see the ending. Anyway, I'd like to answer your question, but have no idea what it actually is? ys pd]
==============================

*** Dear ********** (PADA supporters): Stop this nonsense right away! You are being cheated by the biggest cheater of them all! Pada simply plots fiendishly how to destroy Srila Prabbhupada's movement.

[PADA: Here we go again. GBC rhetoric 101 from 1978. Anyone who says deviants are not acharyas is "destroying ISKCON." Don't these people even have enough intelligence to come up with a new line since 1978? As soon as we said Jayatirtha is taking drugs and having illicit sex, thus he is not an acharya, then the GBC's fools said we dissenters are destroying ISKCON. No, worship of illicit sex and drugs is what has destroyed ISKCON. And banning, beating and killing us dissenters has caused a bad image, sorry, has nothing to do with PADA, we simply reported these events.]

*** He takes pleasure in seeing them lose money, temples, devotees, laxmi in his court cases, not building the Vedic temple why?

[PADA: We are pointing out that worship of illicit sex and drugs causes loss of  money, manpower, and prestige. We are saying that the preaching is being harmed because of these deviations. Srila Prabhupada said the same exact thing. In fact he said exactly what we are saying -- over and over and over -- ad infinitum, that worship of illicit sex and deviants in the Gaudiya Matha caused them to have loss of money, loss of manpower, loss of prestige, and horrible scandals in the media. That is what he said, and we are simply repeating what he said.

This idiot thinks Srila Prabhupada was taking pleasure in pointing this out? No, he was warning us of the results of worship of bogus people, we are simply repeating what he said. Amazing, we are doing exactly what Srila Prabhuada did, in fact we are quoting him in our position papers regarding the failure of the Gaudiya Matha, and this idiot apparently thinks -- Srila Prabhupada was an offender for criticizing the bogus guru program in his own guru's mission, and thus we are offenders for repeating what he said on this issue?]

*** Because he lives in a little trailer with no outhouse and spends his time looking at his neighbors cat wishing he too could engage in sex no doubt.

[PADA: And that is basically what the Gaudiya Matha bogus gurus said about Srila Prabhupada as well, he is poor, he is living like a pauper, he has no money, he has no support, he has an outhouse. That is what the same Gaudiya Matha guru groupies said about Srila Prabhupada after 1936. Wow! That means PADA is in good company, we are giving the same arguments that Srila Prabhupada did, and getting the same back talk that he did. history repeats. Anyway, Sudama Brahmana was also poor, most Vaishnava saints were paupers, Buddha was a pauper, Jesus was a pauper, etc. -- so what?

The Bible says the rich have a hard time entering the kingdom? So this person thinks, you can buy your way into the kingdom? Tower of Babel idea?]

*** Tell me a person as envious as he has no desire for sex life?

[PADA: Well here we go again, PADA is full of sex desire, PADA is a heroin addict, PADA is a CIA agent, yep, we've heard it all before -- ever since 1978, been there, done that, blah blah blah. Ummm, you mean since I am not engaged in illicit sex with men, women and children, therefore, I am not qualified to be an acharya in your system? Not getting your point at all. Maybe you all should look at the sex desires of some of your "good as God" gurus over there before bashing others.]

*** Give up his association and find someone good to follow. Gramya Katha is banned by Srila Prabhupada, Village Talk or mundane gossip. It is not helpful to your spiritual life at all!

We are simply doing what he did. Srila Prabhupada said, the bogus Gaudiya Matha gurus are causing all the troubles, and then these post-1936 bogus gurus blamed Srila Prabhupada as the trouble maker. This is called -- blaming the messenger. The messenger is simply reporting that the drunken sea captain has put the ship on the rocks and the passengers are drowning, the messenger did not get drunk and drive the ship into the rocks. He simply reported the story.

Anyway, you are making the identical critical comments that were made when Jesus challenged the Pharisees, when Srila Bhaktisiddhanta challenged the smartas, and when Srila Prabhupada challenged the Gaudiya Matha. Sorry, bogus gurus are bogus, not challenging them is how they were able to cause all the banning, beating, molesting and assassinating in the first place.

That means your blocking our protest and acquiescing is what caused all these problems in the first place, instead of helping us protest you blocked us to help the evil messiahs, thus -- you caused these problems yourself. We say the same thing Srila Prabhupada says about bogus gurus, if you have a problem with that you have a problem with him, and with Krishna. Krishna is the one who says -- He will cast these false gurus into the lowest regions of the universe.

Does that mean Krishna is bogus? No, it means that is what He will do, He is going to back us up here, big time. Krishna says your bogus gurus will go to the lowest regions. Is He bogus for criticizing your idiot guru program? We think not. We will stick with Him, and you guys can sort yourselves out. And now some of our idiot critics have run off to support Bhakta das and his Gaudiya Matha and Radhanath swami advocacy, the Gaudiya Matha  --Srila Prabhupada says -- killed guru to become guru. Run with this crowd at your peril. ys pd]