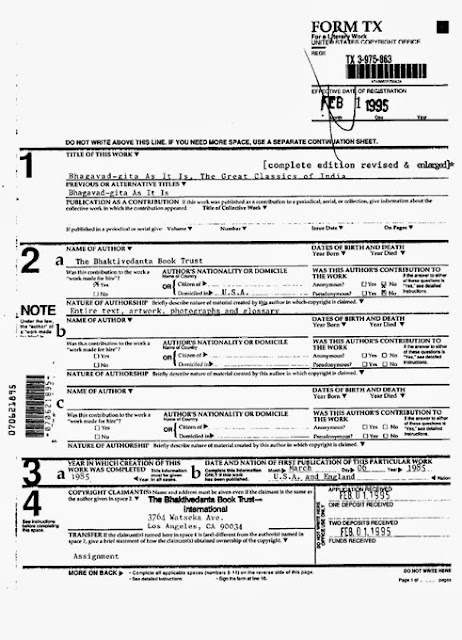 It is important to keep changed editions conspicuously distinct from the real editions for legal reasons, copyright concerns and to not misrepresent the product. In the long run it would be in everyone's interest to remove the term "As It Is" and "Bhaktivedanta Swami Prabhupada" from the BBTI edition because Srila Prabhupada never actually wrote that version, nor did he ever approve of it. In fact, in the BBTI copyrights, A.C. Bhaktivedanta Swami Prabhupada is not named as the author.
Posted by krishna1008 at 7:49 AM