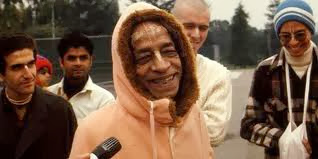 *** Don't you check your anarthas first before telling others about someone elses?

[PADA: Notice, these ISKCON temple managers are saying acharyas have anarthas just like the neophytes.]

*** Don't send me any emails as I am not interested in any of your garbage that you are sending. Your email just goes to the spam folder and I seriously hate you for sending such emails. Why don't you understand when told once? This shows that you are dumb and inconsiderate to others? STOP sending these emails to me !!!!!

[PADA: Yep its dumb and inconsiderate to ask the ISKCON temple managers -- why their "good as God" gurus are falling down left, right and center all the time? The idea that gurus do not fall down is "dumb"? Right, and the idea that gurus engage in illicit sex is smart? This is good news, it means they are running out of rabbits to pull out of their hats, all they can do now is ban, block and harass, they have no shastra, and never did. Anyway, here is the letter than the ISKCON temple leaders went ballistic over:

Warnings to Gurus and Disciples by Srila Prabhupada

BY: VAISNAVA DASA
The recent fall of yet another guru, Mahanidhi Swami is very sad news. If one scrutinizingly studies text five of theNectar of Instruction they will see the crystal clear warnings of Srila Prabhupada. For reference, the last two paragraphs of His purport are quoted below. If the GBC would have studied these instructions of His Divine Grace's before they rushed into the Zonal Acarya System back in 1978 so much chaos could have been avoided. But material desire infected the GBC, who ignored these warnings. They instantly put themselves on the level of uttama-adhikaris, and we know the history of what happened. To this day the chaos continues and now another guru has fallen and caused himself and his follower's problems, confusion and heartbreak.

In the following purport Srila Prabhupada clearly says:
As long as the present gurus imitate the maha-bhagavata they are putting their own spiritual lives in danger. They are setting themselves up for future degradation. The disciple naturally wants to think of his guru as being on the topmost platform, and for one who is not fully self-realized the praise and worship of their disciples becomes an intoxicant which means: "one will eventually become degraded."
Present gurus, disciples, readers, don't be surprised -- Mahanidhi's recent fall will more than likely not be the last! How many gurus have become infected and fallen so far? Whomever is propping themselves up on an artificial level and accepting worship, i.e., imitating the behavior of the maha-bhagavata is subject to the Sampradaya Acarya's warning.
Also within these two paragraphs all devotees are warned to be intelligent enough to distinguish between the different levels of devotees. Present gurus, please understand the actual level you are on, don't fool yourself. Disciples, don't be foolish, sentimental, blind followers anymore. If your guru says he is on the uttama platform, use your God given intelligence to understand the actual platform that he is on.

As far as we know there is no one on the level of a perfect devotee in our society at the present moment. Yes, some devotees are very fixed up, very staunch and qualified, but most likely not maha-bhagavatas. Where is that perfect devotee, completely self-realized, exhibiting ecstatic symptoms of love of God within themselves as Srila Prabhupada did? Only those who exhibit these symptoms are maha-bhagavatas. So here in His purport Srila Prabhupada is saying to the present gurus: "Don't fool yourself!" "Know your own level of advancement!" "Don't imitate the uttama adhikari!"

"Otherwise eventually you will become degraded" It doesn't matter how long you have been steady, staunch and fixed, Srila Prabhupada's warning is there for one and all.
Srila Prabhupada also makes a very clear statement here in His Bhaktivedanta Purport that although the kanistha or madhyama-adhikaris can accept disciples, they shouldn't. (We can clearly see why.) This is made clear by His using the word "Therefore" in the concluding sentence of this most important purport. His definition of this word was given in a lecture on Srimad Bhagavatam 1.2.22 in Los Angeles on August 25, 1972.
"So "therefore." The word is "therefore." "Therefore" means after concluding something, then we say "therefore." When we talk, when we argue, when we come to the conclusion, then we say "therefore." Or when our argument is strong, then we say "therefore." So this "therefore" means that one is firmly convinced."
Nectar of Instruction, Text 5.
Posted by krishna1008 at 11:23 AM