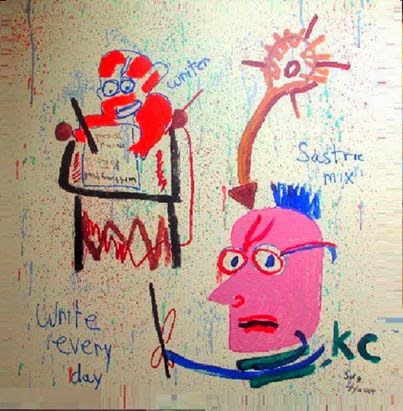 
"And the most degraded man, previously he was praised by millions of people and next day he's condemned. That means who elevated him to the post, they're all rascals."

Remember Bhagavan's retinue of swamis, parading behind him like ducks following their mother? Or the Kirtanananda cult leaders keeping the show going in Bhaktipada land? Does the above revelation from Srila Prabhupada give us a hint of their spiritual status?

The disciplic succession from the gang of 11 hasn't done much better, being created from the same mold. Srila Prabhupada is giving us another lesson here: you are responsible for your actions either as the mis-leader or the supporter of the mis-leader, rascals all. The mode of ignorance is no excuse.

We can't enter into real Krishna consciousness in the lower modes. We have to come to goodness and be free from all material motivation. We may get a big seat in the assembly and some false followers but the import of the Srimad Bhagavatam will remain far from our heart. Did you ever see leaders who treat their followers like dirt? Deep inside they know: "These people are a bunch of rascals, or why would they follow a rascal like me?"

[PADA: This is a great analysis. All of the GBC and most of the rank and file opposed us in 1979 when we said Jayatirtha is bogus, and he is NOT the "parampara guru successor to God." Even Sridhara Maharaja was saying we need to keep Jayatirtha and "none should protest." Yet, it was well known at the time that Jayatirtha was offering LSD to his shalagram deity, he was smoking marijuana in the holy land of Vrndavana, he was having illicit sex with at least one female follower, and he was starting a drug taking program among his inner circle etc.

Despite almost everyone knowing "the king has no clothes," in 1979 the entire GBC and 99.99 percent of the rank and file fully backed the idea of keeping Jayatirtha on the sacred Vyasasana, while having him worshiped "as good as God." And they backed the idea of banning us "dissenters" to Jayatirtha's acharya worship from ISKCON, so they could keep their illicit sex and drug addict's guru pooja going on. As Srila Prabhupada correctly points out here, that makes all of them rascals - for "elevating him to the post." People should have joined us in protesting these deviations and helped us REMOVE these deviations instead of CEMENTING them into the ISKCON society. Rascals! Agreed. ys pd]