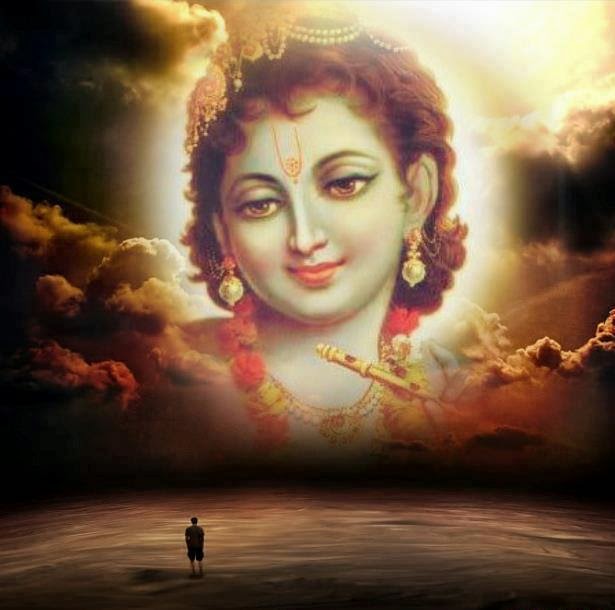 (Classroom) Monitor does NOT give Diksa BUT Ritvik Representative can give 1st and 2nd Initiations ON BEHALF of Srila Prabhupada, the Acarya

Monitor does NOT give Diksa

Monitor does NOT give Diksa BUT  Ritvik Representative can give 1st and 2nd Initiations ON BEHALF of Srila Prabhupada, the Acarya as per July 9th 1977 Order

I was asked some questions by a devotee recently – the exchange will be of interest to others:
(Does it mean that as long as one is kanistha adhikari or less, there is no real pressing need to take diksa since it is only a formality?)

Press Interview, October 16, 1976, Chandigarh
Interviewer: What is the procedure of the movement? Do you initiate yourself all the disciples or do your other disciples also do that?

Note: KNOWLEDGE is the pressing need. One can do without admission in a school but he has to have knowledge. Srila Prabhupada wanted everyone to get admission in the “school” i.e. get initiated, spiritual name then progress to 2nd initiation stage Brahman initiation. Just because the situation now in ISKCON is topsy-turvy does not mean that we are not making progress without the formality aspect.

The way forward is about ACQUIRING the actual Brahminical (sattva guna) QUALIFICATIONS then progressing onwards to freeing from material bondage.

Formality is essential but it does not mean that you will not make progress if the conditions do not allow this formality Initiation. Whereas KNOWLEDGE you cannot do without – at all!

Srila Prabhupada met Srila Bhaktisiddhanta Sarasvati in 1922 but took initiation in 1933. That is 11 years.
(Or in other words if initiation is just a formality for most of us and knowledge or hearing from the pure devotee is more important why insist on the ritvik order?)

Schools are important although you can study at home and have knowledge. Srila Prabhupada wanted the Ritvik System so that everyone can make progress like in a school. If there is a WHOLE SET-UP your progress is EASIER than at home. The factor for going to get admission in school is KNOWLEDGE.
(Why is the ritvik order so important since most of us are not even qualified to take real diksa? Is it to help us avoid taking diksa from false guru and get cheated as all kanisthas do?)

If the person acts guru (priest) independently and accepts disciples then he has to suffer the resultant SINFUL reactions:

Srimad-Bhagavatam 6.7.35 Purport, Indra Offends His Spiritual Master, Brhaspati. The professions of a qualified brahmana are pathana, pathana, yajana, yajana, dana and pratigraha. The words yajana and yajana mean that a brahmana becomes the priest of the populace for the sake of their elevation. ONE WHO ACCEPTS THE POST OF SPIRITUAL MASTER NEUTRALIZES THE SINFUL REACTIONS OF THE YAJAMANA, THE ONE ON WHOSE BEHALF HE PERFORMS YAJNA. THUS THE RESULTS OF THE PIOUS ACTS PREVIOUSLY PERFORMED BY THE PRIEST OR SPIRITUAL MASTER ARE DIMINISHED. THEREFORE PRIESTHOOD IS NOT ACCEPTED BY LEARNED BRAHMANAS. Nevertheless, the greatly learned brahmana Visvarupa became the priest of the demigods because of his profound respect for them.

(Some devotees say they are just monitor gurus and giving diksa on behalf of Srila Prabhupada. They say no need to be Uttama to be monitor guru; still they feel they are diksa guru. They say that Agni or the fire takes the karma of disciple at initiation and they only take the karma after initiation if the disciple misbehaves.)

The monitor does NOT give Diksa. In a school the monitor accepts the charge ON BEHALF of the teacher. It is not the monitor’s students. The students are the teacher’s.

Divya Jnana is DIKSA and there is ONLY ONE INITIATOR the Maha Bhagavata on whose BEHALF the Ritvik can give 1st and 2nd initiation FORMALITIES on BEHALF of Srila Prabhupada the actual INITIATOR.

Adi 1.35 The Spiritual Masters: If one develops love for Krsna by Krsna conscious activities, one can know the Supreme Absolute Truth, but he who tries to understand God simply by logical arguments will not succeed, nor will he get a taste for unalloyed devotion. The secret is that one must submissively listen to those who know perfectly the science of God, and one must begin the mode of service regulated by the preceptor.

A devotee already attracted by the name, form, qualities, etc., of the Supreme Lord may be directed to his specific manner of devotional service; he need not waste time in approaching the Lord through logic. The expert spiritual master knows well how to engage his disciple’s energy in the transcendental loving service of the Lord, and thus he engages a devotee in a specific devotional service according to his special tendency. A DEVOTEE MUST HAVE ONLY ONE INITIATING SPIRITUAL MASTER BECAUSE IN THE SCRIPTURES ACCEPTANCE OF MORE THAN ONE IS ALWAYS FORBIDDEN. There is no limit, however, to the number of instructing spiritual masters one may accept. Generally a spiritual master who constantly instructs a disciple in spiritual science becomes his initiating spiritual master later on.

(According to sastra what is the correct understanding and what is the difference between a monitor guru and ritvik acarya?)

Ritvik July 9th 1977 is a CLEAR directive of what Srila Prabhupada wanted.

Srila Prabhupada has made no comparison on Ritvik Acarya and Monitor. But monitor is NOT the giver of DIVYA jnana DIKSA. Diksa is ONLY given by MAHA-BHAGAVATA Srila Prabhupada. Monitor CAN act as SIKSA guru with limited disciples.

Easy Journey to Other Planets,  Chap 1, Antimaterial Worlds 13. He must not take on unlimited disciples. This means that a candidate who has successfully followed the first twelve items can also become a spiritual master himself, just as a student becomes a monitor in class with a limited number of disciples.
Letter: Madhudvisa, August 4, 1975

“I am the Spiritual Master of this institution, and all the members of the Society, they’re supposed to be **my disciples**. They follow the rules and regulations which I ask them to follow, and they are **initiated by me** spiritually.” (Srila Prabhupada Radio Interview, 12/3/1968)

Nectar of Devotion, Chap 8, Offenses to Be Avoided: The offenses against the chanting of the holy name are as follows: (3) To disobey the orders of the spiritual master.

(The guru MUST be situated on the topmost platform of devotional service. There are three classes of devotees, and the guru MUST be accepted from the topmost class. The first-class devotee is the spiritual master for all kinds of people. ….When one has attained the topmost position of MAHA-BHAGAVATA, he is to be accepted as a guru and worshiped exactly like Hari, the Personality of Godhead. Only such a person is eligible to occupy the post of a guru.)

Note: The word DIKSITAH refers to Diksa and ONLY Maha Bhagavata is the one mentioned WHO give this BY DEFINITION.

PURPORT: The guru must be situated on the topmost platform of devotional service. There are three classes of devotees, and the guru must be accepted from the topmost class. The first-class devotee is the spiritual master for all kinds of people. It is said: gurur nṛṇām. The word nṛṇām means “of all human beings.” The guru is not limited to a particular group. It is stated in the Upadeśāmṛta of Rūpa Gosvāmī that a guru is a gosvāmī, a controller of the senses and the mind. Such a guru can accept disciples from all over the world. Pṛthivīṁ sa śiṣyāt. This is the test of the guru.

In India there are many so-called gurus, and they are limited to a certain district or a province. They do not even travel about India, yet they declare themselves to be jagad-guru, gurus of the whole world. Such cheating gurus should not be accepted. Anyone can see how the bona fide spiritual master accepts disciples from all over the world. The guru is a qualified brāhmaṇa; therefore he knows Brahman and Parabrahman. He thus devotes his life for the service of Parabrahman.

The bona fide spiritual master who accepts disciples from all over the world is also worshiped all over the world because of his qualities. Lokānām asau pūjyo yathā hariḥ: the people of the world worship him just as they worship the Supreme Personality of Godhead. All these honors are offered to him because he strictly follows the brahminical principles and teaches these principles to his disciples. Such a person is called an ācārya because he knows the principles of devotional service, he behaves in that way himself, and he teaches his disciples to follow in his footsteps. Thus he is an ācārya or jagad-guru.
Posted by krishna1008 at 3:34 PM