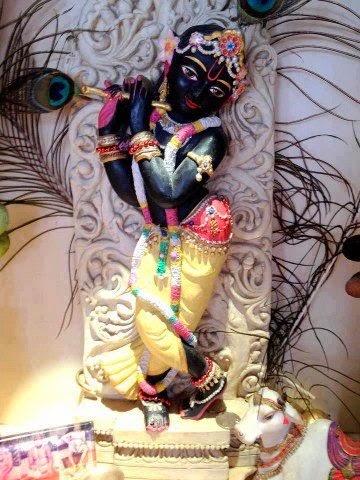 Srila Narayana Maharaja: If one's guru is not qualified, then, taking his permission, the disciple should at once take initiation from a higher rank of guru. This is not an offense. If that guru is not giving permission, he should at once be given up and the disciple should take proper initiation. This is because that guru is not a Vaisnava. If the guru is like a karmi, not duly chanting and remembering, he should be given up. Are there more questions?

Devotee: Harikesa was appointed by Srila Prabhupada. So when did his fall-down take place? At what time did he fall down?

Srila Narayana Maharaja: Prabhupada made him a representative - not guru. You should know that if someone is not qualified, if he has no qualities of guru, in some cases one acts as a representative for the time being. And he was like that. A real guru cannot fall. Never, never, and never.

So he was like a representative. Prabhupada wanted to correct him, but he could not. So now this person has given up everything. Now he is a Vaisnava aparadhi and a guru aparadhi, an offender to his gurudeva. He has given up all chanting, remembering, and all other devotional activities, and he should therefore be rejected. The reason is this: If the disciple is now, even today remembering him, and thinking, "He is my gurudeva", then that so-called guru's bad activities and qualities will come in him - all of them.

[PADA: Right, Srila Prabhupada never appointed any gurus. He only appointed fallible and temporary representatives, sometimes called ritvik (representatives of the) acharya, ok like the priest in the Church is a fallible "representative" of Jesus.

The problem is that Narayana Maharaja has ALSO said -- there is no such thing as a ritvik representative, there has to be a living guru? And NM falsely thought that people like Tamal were those living gurus. Anyway the good news is that at least every once in awhile NM had a glimmer of actual realization, he realized that the GBC guru appointment is a hoax, they were only appointed as "representatives" (aka ritviks). Agreed! ys pd]
Posted by krishna1008 at 11:55 AM