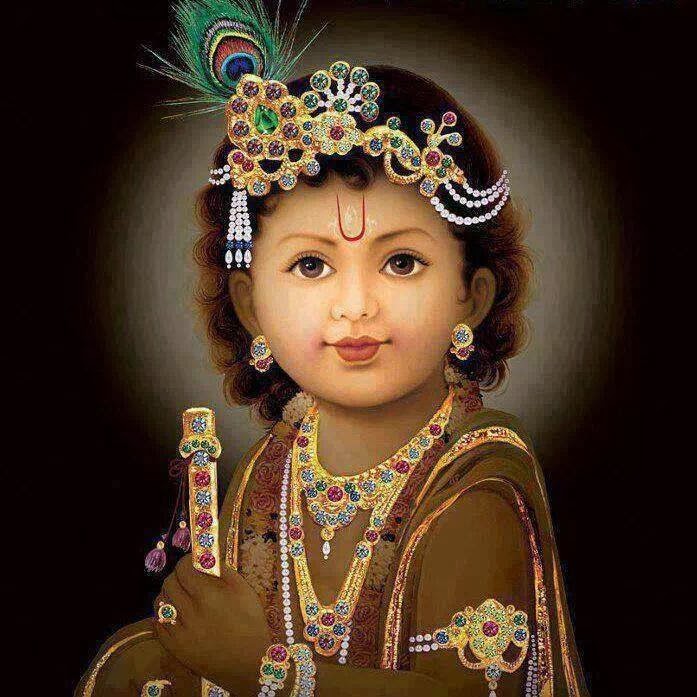 Looking at a few hundred devotees at the Sunday program and knowing the spiritual hunger of many of them, even unwillingly I started think on how to help new devotees. Then I remembered how more than twenty years back I joined our temple and at that time, even though Srila Prabhupada was not physically present, it was really Srila Prabhupada's movement.

Most senior devotees I spoke to were of the same conviction. We all meditated on the instructions and personality of His Divine Grace. But … nowadays that's changed. We do not see many pictures of Srila Prabhupada in our temples or houses of devotees. I always wonder why we do not have big posters of Prabhupada to purchase. Or where to take HD pictures of him to print and give to devotees.

Moreover Srila Prabhupada's worship has been criminalized in ISKCON.

People who want to worship him are systematically shunned, banned, beaten and even assassinated, the leaders want (either by subtle or gross methods) -- to drive his worship out of ISKCON. Why? So they can advertise their gay messiahs, gay marriage swamis, swamis with girlfriends, swamis chasing the skirts of the wives of disciples, and all sorts of similar deviations, and -- all in the name of ISKCON. They want ISKCON to worship deviants and to NOT emphasize Srila Prabhupada, and they enforce that policy with vicious sub-violent techniques, if not $20 million dollars lawsuits to prohibit the worship of the acharya.]

*** Preaching by Srila Prabhupada was strict and uncompromising. It was filled with a sense of urgency and full conviction. Today we see some preachers, who often choose a strategy of attracting new people and devotees through entertaining them in different ways. (Of course, the public has to like you, otherwise how you will get followers and influence?) Now all kinds of moods are crossing the minds of devotees.

This comes from false conviction that just by formal diksha, one becomes a disciple and that formal diksha is enough for spiritual perfection. Obviously this is not true, otherwise all initiated disciples of Srila Prabhupada would be most perfect immediately after initiation. We see that it is far from truth. Thus consciously we differentiate: "You are Prabhupada's disciple", but to another we say: "You are not". Thus consciously we separate one from the Founder-Acharya of our movement. This is kind of a caste system with a diksha mood, and not Bhagavata mood. But what makes one to be a disciple of His Divine Grace? Or better to say, a follower of Srila Prabhupada!

[PADA: Yes, the GBC has made a policy of discrimination, Srila Prabhupada disciples are bad and have to be removed. But if you are initiated by a gay swami, a criminal swami, and illicit sex swami, then you are accepted into the GBC's guru brotherhood society.]

*** Some devotees did not see Prabhupada personally, they got beads chanted on by his representatives, as well as spiritual names given by them. But they are his disciples, they are his followers. Why? I believe because they accepted Srila Prabhupada's SHIKSHA as their life and soul. And please notice, not personal SHIKSHA. This is exactly bhagavata parampara. Otherwise in Gaudiya math they are getting the same mantras, so what makes us ISKCON members? Specific power (unknown to anybody) that transferred with the mantras or some magical touch? I believe not. I believe it is the mood of devotion and SHIKSHA of Srila Prabhupada, transferred through his books, disciples, videos and other.

[PADA: Correct, the people who accept Srila Prabhupada as their guru are his disciples, its not exclusively some ceremonial process.]

*** A recent Resolution by the GBC already stated that we have to establish personal relationships with Srila Prabhupada, however they did not extended it by elaborating on how to do that. Also, a recent book by Ravindra Svarupa prabhu mostly explains the terms, 'Founder-Acharya', 'GBC', the term 'Prabhupada' and His pranama mantra. It is wonderful work that brings spiritual feeling. But obviously we would like to see more.

[PADA: Meanwhile the GBC still has not admitted Ravindra swarupa is not, was not, could not have been Srila Prabhupada's successor acharya, despite all his deviations. Worse, why are they promoting a book written by such foolish deviants?]

Since I already am trying to help to focus the minds of new devotees on Srila Prabhupada, I request, for my personal use, your helping me regarding substantiating by quotation or otherwise the following topics:

How to explain that mathas or other's personal opinions are not authority for us?

2) In this movement all are followers of Srila Prabhupada

For example, on Guru-puja when we sing sri guru charana padma – this Sri Guru for all of us is Srila Prabhupada.

4) How to practically establish a personal relationship with Srila Prabhupada

5) What is the sadhana according to Srila Prabhupada

There is Prabhupada Siksamrita, but there isn't a concise book on main subjects. We get books by our Sannyasis, but not by Srila Prabhupada.

6) Main instructions by Srila Prabhupada regarding general principles of life

Schedule, how to earn money, relationships with outside world, etc.

7) The mercy of Srila Prabhupada

Can we obtain it now? How? How will this manifest?

What is the uniqueness of Srila Prabhupada compared to Gaudiya Vaishnavas and other religions? Also would be nice to have a concise book.

If you feel I've got a wrong understanding, please write personally (sheshadas@mail.ru).