The Acharya Who Rejects the Previous Acharya? 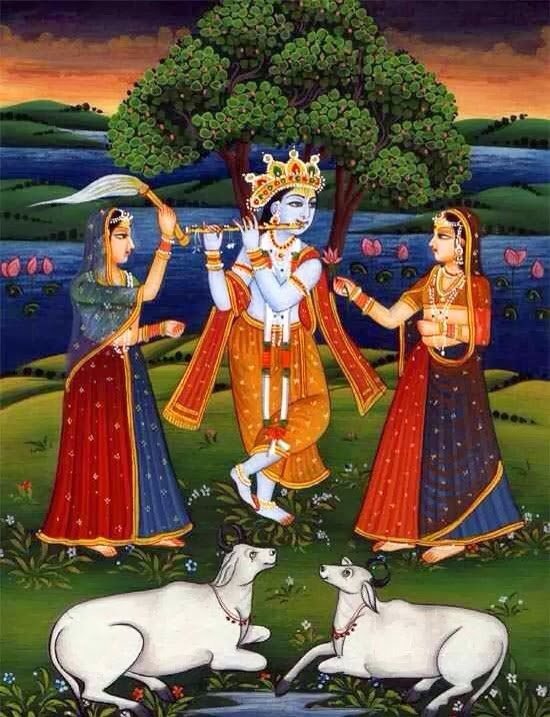 PADA: Krishna should be dressed in a Ralph Lauren Polo Shirt?

PADA: First of all, Hrdayananda and his happy clan have made the public image of the Krisha movement very bad by supporting all kinds of deviations posing as acharyas. This has alienated most of the devotees away from ISKCON, what to speak of the public en masse being chased away from the Krishna religion. Now he is saying, ooops, its not our bad behaving mis-managing, its not our promoting false God men as acharyas, its "our traditional vaishnava dress" and "not accomodating Western-ism" that is the alienating problem. Hence, Krishna West, i.e. lets Westernize (and water down) the Krishna religion.

Meanwhile, its the bad behavior of Hrdayananda's bogus acharyas that's the alienating problem. We know a very sincere devotee who says that thanks to the GBC's giving Krishna a black eye, he is not dressing in a dhoti any longer, although he did that for more than a decade. He does not want to be identified with the GBC guru's process. So its like, HDG's program made the mess in the first place, now he is saying, lets hide from the mess by "blending in." Same problem we are having with the Rocana, Kailash, Wyatt sector, they say we need their "living guru" program, meanwhile everyone has rejected their living gurus. There is no credibility for their idea, what to speak of the terrible implementation of their idea.

Of course HDG also said we should dress Krishna in a business man's suit, or Ralph Lauren polo shirts, so Krishna too blends in. Even Krishna should be hidden from their mess, Krishna should blend into the West as well? Great, we are going to solve all our problems by wearing a coat and pants. Wish it was that simple.

HDG is making the Western mundane folks into his superior authorities, hence the mundane people are the acharyas of HDG's religion, which the GBC has backed the whole while since 1978. When the Vedic idea loses itself and merges into the Western academia idea, we see that as being a religion based on modern Western academia and not the Vedas. At what point do we say, the glass is no longer milk, its being filled with water? ys pd

JD: I used the word shame after reading Scheff's "Microsociology," In attempting to answer the riddle of social bonding, he pinpoints shame and pride as constant dynamics in the individual as he or she responds to social acceptance by feeling "pride" and responds to rejection, however subtle, with "shame." This dynamic is clearly present in groups as well as individuals. The sense of belonging or not belonging is primordial. The original motivator was rejection of the dominant society, which shame was compensated by adherence to the new group, Hare Krishna.

I pointed out that there were certain dynamics by which the pride / shame dynamic fundamentally changed course. This is not necessarily a bad thing. I am not really against Hridayananda Maharaj on this particular point, indeed I have been saying similar things for decades. What I am really pointing at is a general dynamic.

SR: Historically the GBC has allowed its members to, quite literally, get away with murder. Over the years they have tolerated all sorts of deviations, philosophical, but also moral and financial misappropriations.
There are a number of ISKCON gurus and leaders who happily associate with babajis, impersonalists and other new age quasi-esoteric gurus, and worse children have been -- and are still being -- exploited if not abused, but the GBC looks the other way.

The fact that they have now imposed such drastic sanctions on Hridayananda indicates suggests that the reasons are far greater than we know. In the years that Hridayananda has been a guru he has been at the center of more than one scandal. He has been accused of abusive and tyrannical behavior with his disciples and he is also known as for having been very innovative and progressive (transgressive?) with his sannyasa vows, gay marriage program, living in Beverly Hills, having female servants, saying Srila Prabhupada is not authorized because Western authorities defeated him, and what not.

Maybe Krishna West is just the straw that broke the camel's back, or maybe the other GBCs felt threatened by him, that his program would eclipse theirs, and so they decided to clip him. I recently spoke to one of his disciples who told me, "the fact that somehow he is now being made accountable, has restored my faith in Krsna". One thing is for sure, Krsna and karma never make mistakes, so if Hridayananda is now in distress, it probably means that there are some very good reasons for this.

For example in the 1980s Hridayananda was "rewarding" the best performing men in his zone with two wives. The fact that he sanctioned these polygamous marriages, shows the disrespect that he had for women. I am yet to hear a formal apology from him on this and the rest of the suffering he inflicted on the devotees that served under him.

NR: Not to mention racism, as was displayed in Brazil for years as guru there. But I don't think it is a matter of mocking or competing who calls a spade a spade first. What is wrong with protecting the simple yet more honest ones in a group? I believe the compassionate way to look at this is to consider that we acted pretty much as a group; and perhaps it is necessary to try and revise and reform as a group.

MM: "And in the consequent creation of effective communities based in the culture of prema"...........
That's the point, if the leaders had developed sustainable communities devotees would not have to live by begging and would dress in traditional clothes. Since when the academic knowledge is necessary for the development of bhakti?

KM: I understand your point and I disagree. This statement: "it is about capitulation to modern Western rationality" is a bit much. I enjoy the dynamics you have used to analyze the movement. I am sure they play a role in some individuals lives. But in regards to HDG and his mission in Krishna West, I humbly ask you to consider another side of the Gaudiya-Vaisnava lineage and for those who cannot see it, this should lend evidence to HDG's absolute love for Srila Prabhupada and Krishna Bhakti. In your line of logic, are you prepared to go so far as to say that Bhaktivinda Thakura, Bhaktisiddhanta Sarasvati and Srila Prabhupada were also ashamed of krishna bhakti?

They too were facing deviations, the "Hypocritical sectarians, pseudo-Vaishnava sects" (as Bhaktisiddhanta put it himself in "Assuming Responsibility of Guru"). And what about Gaudiya Math in Prabhupada's time? By your logic, (that HDG is engaging Western rationale in ways in which they can understand is an act of shame and/or capitulation), then Bhaktivinoda thakura must have felt shame (rather than love, compassion, or fidelity towards krishna bhakti).

From krishna.com: "He [Bhaktivinoda Thakura] was very taken by Christian theology, regarding it more interesting and less offensive than Hindu monism, the advaita-vedanta of Sankaracharya. He would spend hours comparing the writings of Channing, Theodore Parker, Emerson, and Newman. At the British-Indian Society he gave a lecture on the evolution of matter through the material mode of goodness."

[PADA: Amazing, the GBC says worship of Jesus is the bogus "posthumous, post samadhi, post mortem" deviation, then they advertise they are in favor of the Christians? Which is why Jesus says, oh ye hypocrites, sons of vipers.]

JD: With regards to scholarship. The Ishopanishad clearly says one should culture vidya and avidya simultaneously, not just one or the other. Avidya here means worldly knowledge. Modern knowledge of psychology, etc., is very important for understanding the workings of bhakti yoga because it helps understand the workings of the mind, the samskaras that make us act in certain ways unconsciously, and so on. Sociology helps in many ways, especially in the dynamics of group formation and splintering.

All Western sciences tend to be reductionist to material causes, by which I mean they limit the causal pool to material energy, but that is not entirely wrong. By this I mean that since this world is real and these material bodies are spiritualized by engaging them in devotional service, our understanding of its operations could be helpful for progress in bhakti if cultivate alongside traditional knowledge.

I have often said that evolution in the bhakti tradition is a reality, as additional methods and insights have been added on a regular basis, increasing the pool of scriptures. Sometimes these changes appear to be radical, such as the texts about madhura rasa, which is not a subject in the Bhagavad Gita for instance.

We are Western devotees and we have been given the task of synthesizing Western and Eastern paradigms. Universal truths, must axiomatically apply to both East and West. Our task as representatives of the sampradaya is to find the universal applicability and to apply it. The world has become a smaller place and the collision of civilizations is going on at an intense pace. It cannot be stopped. The challenge is to find the essence of bhakti so it does not get lost in the hurluburlu of overenthusiastic and premature synthesists.

[PADA: The system established by Srila Prabhupada was at least making headway when he was here, but after he departed, all of these subsequent "Westernized changes" do not seem to be working. And our independent Prabhupada programs seem to be making headway by at least attempting to follow his more traditional process. In other words our efforts are moving ahead, theirs are not. ys pd]