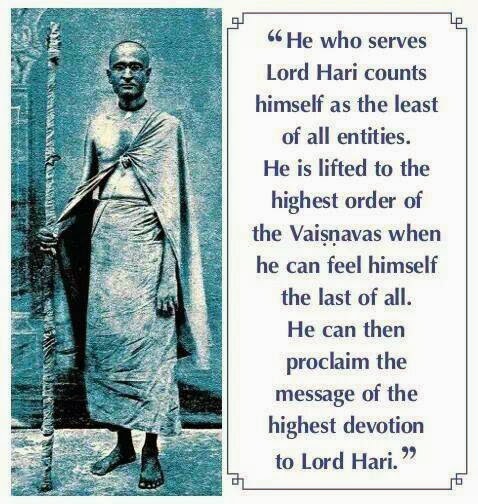 I read on a devotees profile the other day how he was foolishly glorifying Gour Govinda Swami as an Uttama-Adhikari. It's well known that Gour Govinda didn't follow Srila Prabhupads Rtvik instruction, rather he opposed that instruction, and he accepted a self appointed position as guru of ISKCON under the GBCs vote system, and he accepted their go ahead. When I mentioned this to the devotee Tamohara Dasa he privately messaged me "Bullshit. Go do your research, this is not even true." Then blocked me from any further debate on the matter. Poor Tamohara Dasa sounds a little unhinged. Anyway, Here's how Gour Govinda was cornered into his confession...

A reward was posted in a full page ad in the Vrndavana UP newspapers, $108,000.00 cash reward money for any ISKCON guru who can show the Nam Hatta an original, signed document dated July 9, 1977 or later from Srila Prabhupada's hand, naming any person or persons specifically appointed to the position of full guru-acharya, authorized to initiate disciples as his own after the disappearance of Srila Prabhupada.

Failure on the part of any guru means he must publicly give up his unauthorized guru title and return his disciples to the lotus feet of Srila Prabhupada, the sampradaya acharya and founder of ISKCON.

Previously (August, 1977) a challenge and reward of 500,000 rupees was offered by ISKCON to Dr. Kovoor, a prominent scientist of Sri Lanka, to prove his claim that life is generated by chemical interaction. Dr. Kovoor was invited to a public meeting, where he could bring his chemicals and produce life by creating a cat, mouse, a mosquito or any other plainly visible living creature from inert chemicals. Dr. Kovoor failed to win the Rs. 500,000 prize. He died a few months later, publicly humiliated.

Now ISKCON is being challenged by Nam Hatta devotees world-wide: "Produce the written document, signed by Srila Prabhupada, ordering any devotee to act as guru-acharya of ISKCON."

NOTE: This REWARD is still unclaimed by the many Iskcon Gurus as of the Year 2009

This is a real offer. It's not a joke. There is no expiration date. Bhima das backs it up, so if any ISKCON guru wants money, all he has to do is bring proof and collect on it.

So far no ISKCON guru has dared to come forward to answer it. Some years back, Gour Govinda Maharaja disciples came to collect from Bhima in Singapore, insisting that their guru had told them that he had received a letter from Srila Prabhupada himself to become the acharya.

Bhima asked for the proof, but they had none. So a few months or so later, Gour Govinda Maharaja came to Singapore. Bhima went to the meeting, brought his cheque book, and after Gour Govinda Maharaja finished speaking his lecture, Bhima asked him, "So Maharaja, your disciples say that Srila Prabhupada personally gave you the order to become spiritual master. Can you please explain why you waited all those years until GBC appointed you to become guru? Why didn't you immediately act on the order?"

Maharaja was visibly stunned, and momentarily speechless. There was an uncomfortable pause.
He answered, "No order. No order. No order." Three times. He was red-faced and couldn't speak for 5 minutes afterwards, then asked the devotees to sing kirtan. A week later he passed away in India. Not since then has anyone else claimed to possess the required proof.

And in case anyone on this list wants to promote Narayan Maharaja as acharya, let him or her consider that Narayana Maharaja's own guru did not see him fit to become acharya even of that small math and handed it over to someone else instead, and Narayana, having nowhere else to go and nothing else to do, sat down there until some foolish ISKCON "gurus" turned to him looking to boost or prop up their own "uttama" qualifications.
Gaudiya Math self-appointed acharyas: Srila Prabhupada, August 16, 1976, Bombay (Conversations with Srila Prabhupada, Vol. 26, p. 59-60)

And so what happened after GGM departed was -- that most of the GGM people ran after the phantasm of worship of yet another "living person," mostly Narayan Maharaja. We are not supposed to run around chasing after worship of this live person and that live person, we are supposed to become fixed on the exclusive worship of the pure devotee! In 1993 the GBC wanted to boot out Tamal and GGM stood up at that meeting and he said, we need to keep Tamal. We need to keep Tamal, the leader of the molester messsiahs program? Tamal stays, the main suspect in the poison case, as well as all sorts of molesters and criminals, they all have to stay, and we all have to leave?

Srila Prabhupada siddhanta, you need to inform some of your other friends that I also never said GGM was a homosexual or a child molester? What I said was, he was voted in at the recoronation of a known homosexual and pedophile posing as an acharya in 1986. Please read this carefully, what I said is that GGM was certified as a guru in 1986 at the recoronation of a known homosexual posing as an acharya. I never said he was fallen to that level personally.

I did say he supported the recoronation of deviants as Vishnupada acharyas, which is a direct attack and insult on Vishnu. Later on GGM said he was going to challenge the idea we come from Krishna's lila or sport (Srila Prabhupada's idea) next year at Mayapura. He died the shortly after saying that. GGM also said we cannot merely listen to Srila Prabhupada's tapes "sabda brahman does not descend from tapes." Ummm, the words of the pure devotee are sabda brahman, that means he never understood what sabda brahman is.

Srila Prabhupada also calls this process, "I did not hit you, my stick hit you." So GGM supported the molester messsiahs program, he was voted into their program 1986, right after that, his stick attacked us, and Sulochana was murdered by the GGM guru process. He was supporting the program that was beating and killing us, he may not have attacked us personally, but his stick and process did, that is what I said even in 1986.

Check the 1986 GBC report, they reinstated Bhavananda and voted in GGM. Anyway, thanks for coming out strong in defense of the worship of the acharya Srila Prabhupada. I am the servant of anyone who does that sincerely. You got em, why wasn't GGM the guru in 1978? He waited for years to tell people he got that order? This makes no sense at all, we all would have known is anyone had been ordered to be guru while Srila Prabhupada was here, Srila Prabhupada would have told us he had appointed a guru, whether GGM or anyone else. He never did. The GBC has at least appointed me to the post of "ISKCON's junk yard barking dog," which one GBC guru called me. ys pd]