The Many Faces of Impersonalism BY: MAYESA DASA (ACBSP) INDIA 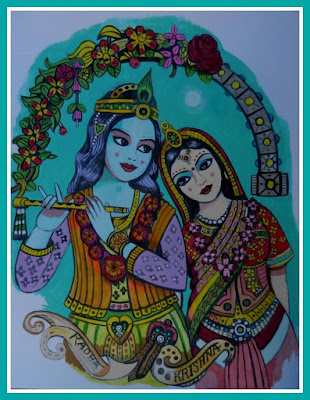 The Many Faces of Impersonalism

IMPERSONALISM is the cancer of humanity. It appears everywhere.

The word rtvik is not a new word. It is found in Visnusmrti, Manusmrti, Puranas. It therefore has a definition. We are not at liberty to invent a new definition for the word anymore than those throughout the ages had liberty to do so. Rtviks were all devotees initiated into the parampara. How in the world could we have the effrontery to define Rtvik as a new form of initiation outside the parampara?

[PADA: Yes, this is good. A layman, a neophyte, a priest or even a madhyama person who "preaches on behalf of the parampara" might be called: a preacher, a brahmana, or a priest (aka ritvik). To say that "we cannot find any examples of layman preachers / brahmanas / priests etc. -- who have been acting as preaching representatives of the parampara -- in shastra" is simply foolishness.

There are literally millions of neophyte people who are devotees of Krishna that are acting as layman preaching representatives of the acharya, and some of them are acting as brahmana priests, and we can easily find examples of these type folks all over the place, even today in India. To say there is no such thing as neophytes acting as agents of the parampara is simply put, impersonalism.]

We sing in ISKCON temples worldwide Srila Visvanatha Thakur's words that guru is able to give mercy of Bhagavan to his disciple. This can be misunderstood. We see how it is especially misunderstood when disciples think that the guru has the power to change the very process of the parampara itself. This is identifying the guru as God.

[PADA: Yes, God says we have to worship His pure devotee exclusively. There is no instruction from God anywhere to worship the GBC's illicit sex acharya's process. Therefore, the foolish are taking the post of God's manager by changing the system created by God.

Worse, they say acharyas are (A) getting dictation from God and (B) acharyas are simultaneously conditioned souls who need: reform, censure, suspending for deviations, monitoring, and even excommunication. Sorry! These rules apply ONLY to conditioned neophytes, the neophytes need reform and censure etc., not the acharyas. God has never said that His acharyas need "managing" by a "guru services committee" a "shastra advisory committee" and so on.

To sum, saying that the acharya is taking instruction from God, and also from the GBC managers, means the GBC is taking the post of having the SAME authority as God. Or worse, the GBC needs to over-ride what God dictates to the acharya, and "rectify" the wayward acharyas. Of course if the acharya is as good as God, and a deviant, then what?

They are thus falsely claiming to be not only as good as God, but better than God, they are in fact God's parampara's censuring managers. This is how foolish the GBC / Rocana ilk have become, they think they are the "superior managers" of the parampara, not Krishna. In fact they think they are superior to God because they have to take over the "management of the parampara," which is in fact managed by God.]

At first blush, awarding such authority to the guru seems loving and surrendered. In reality it is banal. Guru takes his authority from parampara. How is it he can deconstruct his own authority?

[PADA: Correct, we cannot change the system that neophytes have to worship only the pure devotee and no one else.]

Sastra is spiritual sound vibration enunciated by the Supreme Lord, who is outside the material nature. Impersonalists think sastra is a material representation of the formless Absolute.

4) The push to create woman guru

There is no more obvious an intrusion by impersonalism into Vaisnava circles than the push to install a class of woman guru. Our philosophy--all Vedic philosophy--begins with realization of one's Self separate from one's material body.

But there is a difference between the fact that each of us is an eternal soul and the realization of this fact. An insect is equal to a man as a spiritual fact. But their consciousness is not equal. Man and woman are not equals because it is the subtle body that carries the soul. It is not just the body that differs.

[PADA: There you have it, the false men gurus are the same people trying to make more false gurus, but in woman's bodies.]

After His Divine Grace A.C. Bhaktivedanta departed this earth there erupted the argument of whether souls fall down from Vaikuntha. One prominent disciple I will not name contended that ISKCON had misunderstood the acharya.

He argued that my guru was engaged in subterfuge in order to make Krsna Consciousness more palatable to neophytes when he had taught that fall down is possible at any stage by misuse of free will. Often the argument is used that we come from a place called the tatastha. But Chaitanya Mahaprabhu defines tatastha as our eternal nature, not any place other than the soul himself.

That the Supreme Lord Krsna could relegate souls to millions of lifetimes of suffering for a decision they did not make--a crime they never committed--is to deny God's merciful, loving nature. How is Krsna then all-attractive? Does this not deny His personality to the ultimate degree?

[PADA: Agreed, the false gurus of ISKCON lead the society over to the Gaudiya Matha and Narayan Maharaja camp which preaches impersonal origins of the soul. Narayana Maharaja said that Sridhara Maharaja is correct to say we originated in the brahmajyoti. This is mayavada on steroids, and the false gurus lead people to that bogus apa-siddhanta.]

6) The Personalities of Godhead

It is certainly a difficult concept, but His Divine Grace A.C. Bhaktivedanta has mentioned in Bhagavad-gita purport, Srimad Bhagavatam purport and his personal letters the Personalities of Godhead, plural.

An example is Balarama laughing when Krsna adjusted Govardhana Hill and there was a murmur of fear from the Vrajavasis. Krsna felt a little shame that Balarama had read His mind but Balarama had not guessed the cause of Krsna's movement -- the gopi's breasts.

In a morning walk HDG A.C. Bhaktivedanta mentioned Meru mountain. He said that it was composed of gold and that if men knew it existed they would be mad to go there. He did not say that it was composed of subtle energy. Yet this is the common statement we hear so much regarding so much of Vedic information -- that it is subtle.

These are only 7 ways in which the soul is diverted to IMPERSONALISM.

[PADA: And in ISKCON they say, you need to select a GBC guru, but they cannot name "which one is bona fide" because "the GBC does not guarantee the level of realization of any of its approved gurus." OK, you have to buy one of our used cars, but it might explode when you turn on the key, hee hee. This is not only impersonal, no car dealership can last for long if its selling cars that it cannot even guarantee can be driven off the dealer's lot without exploding in your face.

It means we are knowingly selling bad products, which is why the temples are empty, which is also impersonal, the persons are being removed. A devotee just told me he remembers having 70 people at morning mangal arotike, and now there is lucky to be even 7 people, and the singing now sounds like a funeral dirge. That is the result of impersonalism, the persons are being eliminated. Mayesa is onto something here!