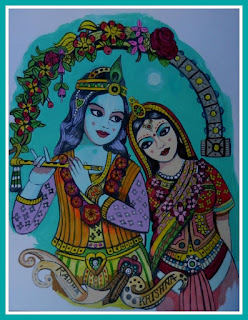 Who should we be quoting from?

DD: The most offensive comment seen during an argument!

"Why don't you type your own comments instead of blindly copying and pasting Srila Prabhupada's quotes".

Sigh!! Sometimes it's hard to fathom the level to which intelligence has fallen today.

"So a person, authorized person in the line of disciplic succession, he does not speak by his own authority. Immediately he'll quote from the Vedic literature to support his proposition."

PADA: Yes, this is odd. Other devotees also sent us a complaint that the GBC's Mahatma das has been simply deleting Srila Prabhupada quotes from his discussion groups. This has been a problem all along, as soon as we made a few limited edition photocopied papers way back in the late 1970s -- quoting Srila Prabhupada about sahajiyas (like Jayatirtha) using the guru post for illicit sex and drugs, we were told not to distribute our "offensive" position papers around ISKCON property (not really "our" papers -- but quotes from Srila Prabhupada). And so it has gone as a GBC type policy on ever since.

A devotee once was laughing and joking about a quote he sent me from HKC Jaipur's "Prahlad das" (Paul Coats?) who was chastising me for "copying and pasting" all the time. Yep, if there is one thing we cannot have, its copied and pasted quotes from the acharya! Oddly, same complaint the GBC has for me.

Even my Christian friends cannot hardly believe I am being chastised for quoting (copying and pasting) the guru of the religion. If a person is a sincere follower of the religion, would he not be happy to see the words of the guru being copied and pasted? I have some Christian friends who copy and paste Bible verses and send them to one another, not sure why this should not be done by Vaishnavas?

The good news is, more and more people are catching on to this trick. That is why Srila Prabhupada wanted his books distributed all over the place. Later on, when deviant people would change his program, the innocent people could figure that out simply by -- reading his books, and recognizing that the deviants are not following his teachings. Yep, more people are sending me this same complaint, they are not allowed to quote the acharya, people are catching on here! ys pd]