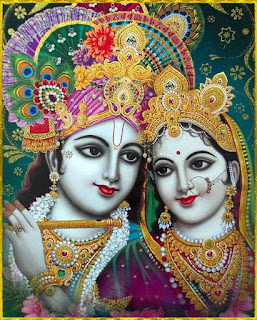 Guest (2): Why Vaiṣṇavas are...? They are bearing (?) one of the risks(?). Yamadūtas are not going. Is there already some rules(?) of they or something like that?

Srila Prabhupāda: Yes. It is not to be kept falsely. You see? Yamadūtas are... They are very intelligent. If you keep it falsely, they can catch you. They are not foolish persons that you can cheat him. No, it is not possible. You must be actually Vaiṣṇava; then you are excused.

Otherwise not. You cannot cheat. So they are being trained up to become actually Vaiṣṇavas, not a pseudo Vaiṣṇava, simply for earning livelihood. No. That is not our proposition. And those who are earning livelihood by presenting himself as false Vaiṣṇava, their condition is more condemned.

[PADA: That is also why the Isopanisad says false gurus are going to a lower destination than the ordinary man.]

Devotee (3): Prabhupāda, you said that the greatest offense is to chant thinking that "My sins will be washed away" and commit sins, or wants to.(?) So what is the result that that person gets if he dies in that condition?

Prabhupāda: He dies a sinful. Because he does not want to go back to Godhead, he wants to make some profit, so he dies sinful, and he has to be punished for that reason, in spite of his false tilaka and false mālā. He'll be punished.