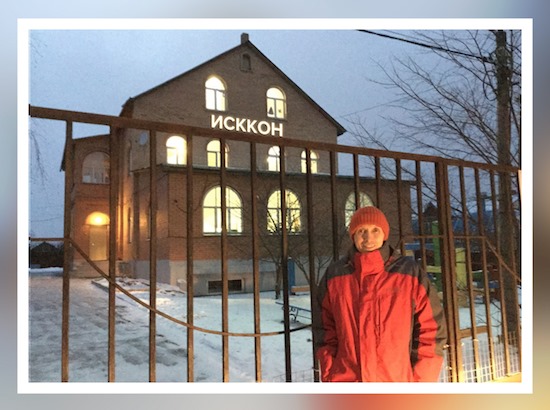 The Korgashino temple (the Krishna temple in Moscow), led by Bhakti Ananta Krishna non-Goswami, and now due to the incident with his girlfriend, he was removed from his position and Purusottama Caitanya was put in his place, was gifted with 11 million rubles debt. Just think about it. The temple owes 11 million. And it turns out there is on all constantly under pressure to carry money to pay off these debts. Therefore change and trouble are constant..

They think that they are the smartest, typed loans and launched a huge "preaching", but because of their short-sightedness, they will get the consequences to the fullest. People will hate you because you have turned their lives into a nightmare, used them for your fame and personal gain. They will curse you until the end of their days, when the boiling point reaches a non-return position and they leave you, slamming the door loudly.

[PADA: Yep, G.B.C. = Great Bunches of Chaos. Hee hee! Well what do ya know folks, other people are waking up to all this fraud, that's all. They burnt out the West to ashes, bankrupted the society here, then regrouped in India and Russia. And then, how did you guess, started the same process of fraudulent mis-managing there, that's all.

It's no wonder they demonize us and have us banned, because we asked for accountability, and they don't want that. Remember when they had the "save the France zone from bankruptcy" after Bhagwan blooped? Well they keep having the same process repeated, over and over. Then again there are various people who say we need to get PADA off the internet, because then they will have no accountability and barely no one reporting on that issue. It will be a free for all smash and grab process. ys pd]