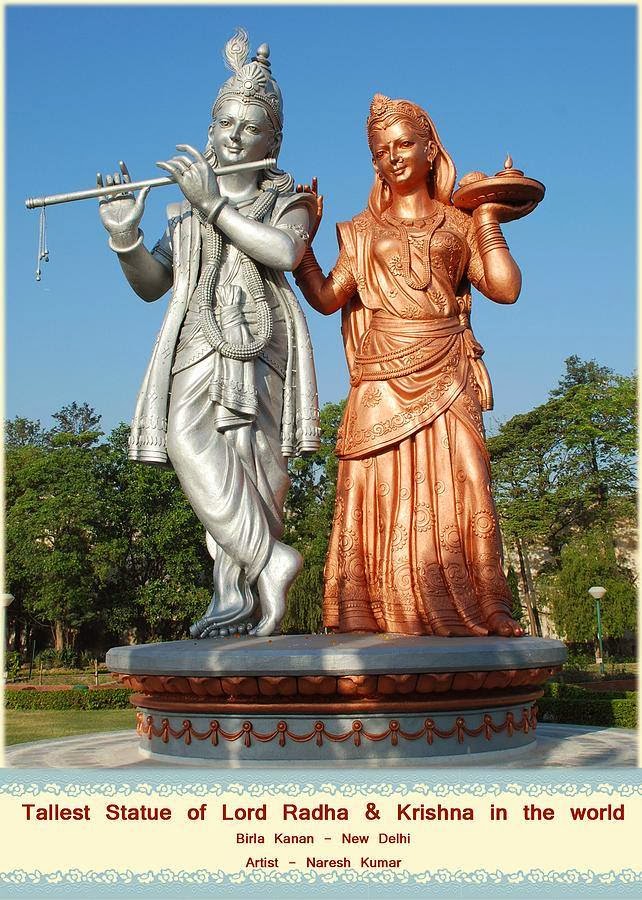 [PADA: Who Are God's Successor Gurus?]

ISKCON’s self-proclaimed gurus and their dubious agents have been expert in perpetrating many lies to hood-wink the public and convince their blind followers, by twisting the facts about ‘The Struggle for Truth’ that the devotees of ISKCON Bangalore have been engaged over the past few years.

[PADA: Right,the first LEGAL problem being -- that the 11 gurus claimed that Srila Prabhupada appointed them to be gurus. And then the GBC wrote -- in their LEGAL annual GBC reports and position papers, that gurus fall into illicit sex and debauchery. There is no LEGAL proof that this appointment of 11 gurus ever happened, and this should have been the main thrust of any LEGAL action, i.e. the 11 should have had to LEGALLY prove that they had been appointed as gurus. There is no legal proof that Srila Prabhupada says acharyas are falling into illicit sex left, right and center either, rather he says the opposite, its an extreme offense to say acharyas are debauchees. This is not being challenged legally the way it should have been.]

*** ISKCON Mumbai’s favored instrument and the fanatic disciple of His Holiness Jayapataka Swami, Varada Krishna Dasa masters this art of twisting the truths and spreading the lies, and tries always to paint a gory picture of the management of Hare Krishna Hill and conveniently brushes off the many atrocities that goes on under the self-appointed guru-GBC regime.

[PADA: Right, when ISKCON Bangalore debated Varada Krishna on TV, they should have asked, "Why does your guru parampara contain illicit sex with men, women and children"? That would have ended the debate right there, Varada Krishna could not have answered that reasonably. Of course this is also why no one wants to debate PADA in public?

Why is that? Because! We ask the above question right away. And this is why the Prahlad team recently lost their debate with PADA, because they are openly promoting Bhakta das as their loud mouth spokesman for their FB group, and as their spokesman on their web site, and he is the biggest cheer leader of the Radhanatha / Mahanidhi / sahajiya / burying their dead pedophile messiahs in the holy dham program, and so -- they simply exposed themselves as foolish compromisers / promoters of the defenders of the worship of perverts as messiahs project.

We'd like to thank Mahesh Raja prabhu (and some members of the FB group) for confirming that the Prahlad team is working with Bhakta das. Anyway, lets face it, for the past 10 years at least, Bhakta das simply has no answer for how his "guru parampara" contains debauchees, because there is no answer. He has been defeated.

This is the "root issue" of this whole debate since 1977: We do not support the worship of illicit sex as Lord Krishna's successors / acharyas and messiahs -- and no one can defeat this argument. Nor has anyone ever defeated this argument, ever. Nor will anyone in future ever do so. It simply cannot be proven LEGALLY that Srila Prabhupada ever stated that God's successors / acharyas / parampara members are oftentimes debauchees, and no one could ever prove that idea using the books of Srila Prabhupada, or the books of any bona fide religion for that matter.]

He was one of those in the frontline battling the guru business and forwarding the cause of bringing Srila Prabhupada to the frontline, but subsequently one can only say for reasons best known to him (read frustrations out of unfulfilled personal ambitions), he suddenly shifted sides and became the frontline battle man of the guru camp. Today he goes around to every politician, bureaucrat, and potential donor’s simply bad mouthing ISKCON Bangalore, its activities and his principal enemy, Madhu Pandit Das.

All one can say is that Varada Krishna Dasa simply represents the Ashwathama mentality of the Mahabharatha war in the sense that he is frustrated after losing a battle and hence just wants to destroy the wonderful preaching baby created by the devotees of ISKCON Bangalore. In unlimited ways, Varada Krishna Dasa has gone to extreme limits to thwart legitimate Krishna Conscious preaching endeavors all over India.

One of his favorite ways to thwart the preaching efforts of the sincere devotees at ISKCON Bangalore, is to appear in various TV talk shows and perpetrating his black, and white lies about ISKCON Bangalore management, especially Madhu Pandit Das, by even stooping down to to the lowest level of culture by politicizing the unfortunate incident to gain mileage from deaths of innocent people, which occurred next to the construction site of ISKCON Bangalore’s Krishna Lila Park temple at Kanakapura Road. (Please read ‘ISKCON Mumbai fishes in troubled waters’)

It is noteworthy that the line of argument and statements made by Varada Krishna Dasa, who presents himself as the President of ISKCON Mumbai’s branch of Bangalore, are almost always the same, and it appears that he suffers from the psychological disorder called ‘Pseudologia fantastica’, also called mythomania, compulsive lying or pathological lying. He seems to have the same set of ‘standard lies’ that he keeps ranting off and continuously tries to hoodwink the public and defame the glorious institution of Srila Prabhupada’s ISKCON Bangalore. Therefore, these series of articles, intend to once for all present clarifications and expose the blatant lies of the compulsive liar VARADA KRISHNA DASA, by giving answers to each of them.

1. Lie No 1: Madhu Pandit Das himself accepts that ISKCON Bangalore is a branch of ISKCON Mumbai

VARADA KRISHNA DASA repeatedly harps this tune of quoting Madhu Pandit Das’s own statements sworn under affidavits on various occasions in the courts of law between 1999-2001, that ISKCON Bangalore is a branch of ISKCON Mumbai, and he states that this is a clinching evidence against ISKCON Bangalore, on the basis of which the Honourble High Court has passed its judgement on the case.

However, he conveniently eliminates the explanation about the circumstances under which Madhu Pandit Das had made those statements, at the beginning of legal dispute after ISKCON Bangalore decided to accept only Srila Prabhupada as the sole Diksha Guru. Furthermore, VARADA KRISHNA DASA also exaggerates one stray statement made by Madhu Pandit Das as an individual in a case which was filed and later withdrawn, to appear as if he had been continuously admitting that ISKCON Bangalore is a branch of ISKCON Mumbai in various forums.

One needs to get into the history of developments in the legal dispute between ISKCON Bangalore and ISKCON Mumbai since 1998 till date, to get a correct perspective of the issue in question.

In 1998 the devotees of ISKCON-Bangalore first came to know of the disobedience of Srila Prabhupada's directions that have become deep-rooted in ISKCON movement with regard to the Guru system. Soon after that, the devotees fiercely debated among themselves to ascertain the veracity of the Ritvik or Officiating Acharyas system. When they were convinced that that was the system intended by Srila Prabhupada for his movement, they declared to the world that they would not accept the self-appointed guru system. In February 1999, Madhu Pandit Das prepared an elaborate Powerpoint presentation and went to Mayapur, West Bengal, to present the arguments before the self-made Governing Body Commission. He made a presentation before a gathering of 37 Governing Body Commissioners. The next day the GBCs resolved that Madhu Pandit Dasa, and Chanchalapathi Dasa, President and Vice-President of ISKCON-Bangalore were unfit and hence they should be expelled from ISKCON! It is interesting to study the composition of the 37-member Governing Body Commission that took the decision on expulsion. Out of 37 members, 32 members were playing the role of self-appointed Acharyas. And Madhu Pandit Dasa was questioning how they became Acharyas when Srila Prabhupada had only appointed the rtviks or Officiating Acharyas to conduct future initiations! The accused, the rulers and judges were all the same group of persons. How can one hope to get justice in such a system!! View video Theological Issues turned in to litigation

Under such dangerous circumstances, when there was a grave possibility of losing the opportunity to worship Srila Prabhupada as the sole Diksha Guru in ISKCON Bangalore, Madhu Pandit Das had to take to legal recourse. A civil engineer by background, and having been completely absorbed in the development of ISKCON Bangalore temple project until then, Madhu Pandit Das had never been exposed to the legalities of civil disputes at that time. The need of hour was to somehow save the situation by bringing a stay on the expulsion order, so that ISKCON Bangalore devotees could continue to render their service to Sri Radha Krishnachandra through Srila Prabhupada as the sole Diksha Guru within ISKCON. In such conditions, he consulted few lawyers and filed a petition in the court, in which he gave a statement as an individual that he was the Branch Officer of ISKCON Mumbai, and that he should not be expelled. This case has been subsequently withdrawn. Ownership of a property cannot be divested based on an individual’s submissions. It has to be based title and the relevant applications. Madhu Pandit Dasa’s lack of legal understanding at the time of filing those suits does not change the fact that ISKCON Bangalore was an independently registered society in 1978, under Karnataka Society Registrations Act.

Readers can very well understand from the articles to be covered in this series, that VARADA KRISHNA DASA testifies to the famous statement of Srila Prabhupada, ‘atmavat manyate jagat’ (One sees the world as he is). As Varada Krishna Dasa is infamous for his compulsive lying, he constantly tries to malign and point fingers at Madhu Pandit Das as liar.

We will cover other prominent and regular lies of Varada Krishna Dasa in the next articles under this series.

Editor’s Note: The views expressed in this article are the authors. This article does not claim to represent the various legal positions of either ISKCON Mumbai or Bangalore in full, it just attempts as an independent observer to present to the reader some of the relevant aspects based on some of the publicly available information. It is written without prejudice to the rights of either of the litigating parties.

[PADA: Challenge him to a public debate on TV. Ask him why he is defending a guru parampara that contains illicit sex with men, women and children. End this now! ys pd]
Posted by krishna1008 at 8:10 AM