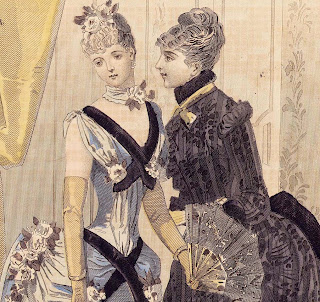 [PADA: OK, but in 1986 a woman from CBS News said she could see that Kirtanananda was a fraud messiah and a deviant, in less than two seconds. Meanwhile "the men" in ISKCON had been saying KS was an acharya, a parampara member, and even -- the he was like Jesus, and so on. Women can figure out things too, and sometimes, decades ahead of "the men."

How did you guess, some of these "more discrimination" "less emotion" men buried Kirtanananda in a samadhi recently. Who would you put your trust in, the CBS news woman who identified Kirtanananda as a fraud instantly, or the bogus men who just buried that deviant in the holy dham?

Sorry, some women have been decades ahead of these "men" of ISKCON. Did anyone forget, we are not this body? Krishna can inspire a man, a woman, or even a dog, He dwells in the heart of all living beings. We have many nice women Prabhupadanugas, and they are way ahead of all these "men bodied" types in ISKCON.

And why is this "a hot issue"? Because some of the women in ISKCON are saying, hey we can to a better job of being the messiah than these men! Maybe in some cases they could, but this begs the question, who authorized the GBC to mass rubber stamp acharyas, either male or female? ys pd]
Posted by krishna1008 at 9:44 AM