PADA: The "Investigation Discovery" channel show "Deadly Devotion," about Sulochana das (Steve Bryant), and his many problems with Kirtanananda swami (K swami) and the New Vrndavana community, was very well done in our opinion -- considering they compressed maybe twenty years of history into a one hour show. Overall, this show is good because it has re-kindled the whole debate about the post 1977 leaders of ISKCON and their "appointed gurus."

The first thing we noticed at the very start of the show is a quote from Radhanath swami, which is very ironic considering that Radhanath has been the right hand man of Kirtanananda swami (K swami) all along, and he was telling people in 1986 that Sulochana das was "offending a pure devotee (K swami)." According to a former "thug enforcer" from New Vrndavana (Janmasthmi das), Radhanath helped arrange financial payment for the "hitman" (Tirtha das) who killed Sulochana (and who apparently would have killed me, according to the police and FBI -- because I was "next on the hit list").

Meanwhile, today Radhanath swami has become one of the topmost leaders of current ISKCON. And he recently assisted in giving his good old friend -- Kirtanananda swami -- a burial meant exclusively for departed holy saints in ISKCON's holy land of Vrndavana, India, with the help and approval of some of the other top ISKCON leaders.

Lets see, -- according to ISKCON's leaders (like Anuttama das, who was on the Investigation Discovery TV "Deadly Devotion" show) -- K swami was all along a renegade from the 1960s. No one really trusted him, no one really approved of him, again -- all along from the 1960s. In fact the ISKCON leaders had to permanently exile him for being a rogue, renegade, child molester and a criminal who orchestrated murders. And that is why -- the ISKCON leaders just now buried him with honors only given to Krishna devotee saints -- re-anointing him as one of their best messiahs?

And so, they buried K swami in the Hare Krishna's most sacred and holy land? And they also made all of his top henchmen like Radhanath swami, Umapati swami, Devarmrta swami, Kuladri das, Tapahpunja das, Bhakti Tirtha swami "Srila Krishnapada" etc. -- the new wave of the biggest leaders of ISKCON, and some are even the new messiahs of ISKCON?

Why does this not make any sense?

Next problem we see is that the ISKCON GBC's leaders (ok like Anuttama das et al.) are now more openly promoting their really awful idea (even on the TV and media) of "renegade gurus," without ever explaining why they are saying their leaders are simultaneously -- (A) gurus, messiahs, pure devotees of God, and at the same time -- (B) they are renegades? Srila Prabhupada says, if he is bogus, he never was a guru in the first place. The ISKCON leaders never say that, they just say he has been (A) a renegade, and (B) a guru, simultaneously.

Does this not simply show the public, these ISKCON leaders have no idea what is a guru in the first place? Otherwise, why are they anointing known deviants as their messiahs? And what happens to people like us who say, the ISKCON GBC's anointed "messiah" is really a renegade, when the GBC leaders have not yet declared that to be a fact? Well, does that not mean we "dissenters" will be banned, beaten and killed, and thats all! So, they are setting us up to be treated violently. Knowingly?

At the same time Sulochana told me that is was a common event at New Vrndavana to see Kirtanananda sitting on his (Vyasa?) seat covered with the hands of 50 young boys. This was done in public, so everyone (must have?) knew this was going on. I was shown some media video footage of a meeting at New Vrndavana where "the reformers" had come to meet, and they were all sitting at the feet of Kirtanananda and singing kirtanas to him. How can they say now, they did not know Kirtanananda was sitting around covered with the hands of 50 boys all the time? Sulochana was also writing that K swami had a penchant for associating with little boys, and now the GBC leaders say they never knew about this, except, they all knew about Sulochana who was writing and exposing all this?

Lets see how this all works in real life: The ISKCON leaders are now saying that Kirtanananda was always a rogue and renegade, all along from the late 1960s (as they imply on the TV show). Except, when Sulochana said exactly that in 1986: That Srila Prabhupada's 1960s letters had said Kirtanananda is a renegade, then the ISKCON leaders conspired to have Sulochana excommunicated and they called him an offender. Then, the leaders said in their "Back To Godhead" magazine that Kirtanananda is like Jesus. So, they suppressed Sulochana while giving "Jesus like" status to Kirtanananda in their flagship publications. So, the leaders intentionally painted us as "offenders to another Jesus," so they could get us killed, or --- what other explanation is there?

And Satsvarupa meanwhile wrote in his "Daily Journals" that (me and) Sulochana were "poison pens" for opposing "one of the greatest pure devotees on the planet" -- K swami. That means the leaders were conspiring to paint me and Sulochana as evil Devils for opposing their messiah Kirtanananda. And they knew full well that could get us treated violently, since evil Devils who are "offending pure devotees" can be treated with violence, that is, if they have any idea of sectarian violence going on all over the world.

Sulochana said to us, "Satsvarupa has painted a bull's eye on my back" by SDG's calling Sulochana "poison." Meanwhile "the reformers" like Rupanuga das, Mukunda swami and others also said Sulochana was "offending a great devotee" (Kirtanananda). That means, they set him up to be murdered either knowingly or not. Narayana Maharaja said the same types of thing later, he said we are "ritvik poison" because we fail to worship his child molester guru program. OK, so -- go rub out the poison ...

Calling us "offenders" and "poison," can and does get us treated violently. So they were all conspiring together: (A) The Kirtanananda folks said we were evil demons; (B) The other leaders like Satsvarupa said we were poison; (C) The "reformers" like Prithu, Trivrikrama swami, Ravindra swarupa, Rupanuga, they too said we were "offenders" and so the GBC voted to excommunicate us. In sum, they all ganged up to have us suppressed. Ramesvara's "enforcers" also told us that two of the four "hit men" who confronted Sulochana were Ramesvara's people, and they had been helping K swami's thugs by "doing surveillance" on Sulochana.

This was a conspiracy. Unfortunately, the show misses the larger conspiracy point.

This was a conspiracy to have Sulochana suppressed. The "reformers" like Trivrikrama swami, Ravindra Swarupa, Prithu and others, they voted to have us excommunicated. Meanwhile they re-instated a known homosexual pedophile as their messiah in 1986. And Sulochana said to me that Ramesvara had told him he would be "dead meat on a hook" if he published the letters from Srila Prabhupada, letters which were showing that Kirtanananda was a renegade (At least that point is made somewhat in the TV show). So all these leaders conspired against Sulochana and me, in order to prop up Kirtanananda as their messiah. The leaders even suppressed Srila Prabhupada by stopping us from promoting his letters which exposed K swami.

And so their story now is, because K swami had all along been a rogue and renegade from Srila Prabhupada's authority, and a person with tendencies toward homosexuality and criminal behavior, that is why in 1977 we, the ISKCON leaders, anointed K swami as one of our topmost ISKCON messiahs and gurus? Does this make any sense?

Lets review the ISKCON leaders statements real quickly: (A) The leaders of ISKCON claim they knew all along that Kirtanananda was a renegade who doubted Srila Prabhupada's authority all the way back to the 1960s. Therefore (B) The ISKCON leaders decided to anoint K swami as their newly minted messiah in 1977, and claim that he should be worshiped as the Lord's topmost messiah, an equal to Jesus, and a successor to Srila Prabhupada and Krishna? 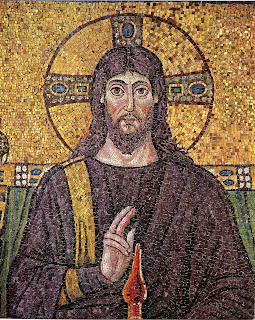 GBC leaders wrote that K swami is equal to Jesus in 1986. That means, me and Sulochana were opposing and offending a "Jesus." That's how they used this technique to get us treated with violence.


This begs the simple question, since the ISKCON leaders now finally admit they knew all along K swami had been a renegagde, starting in the 1960s, why did they anoint him as their guru? This pretty much proves our point, the leaders of ISKCON in 1977 hand selected people they knew in advance had renegade tendencies to anoint as their messiahs.

Why are the ISKCON leaders creating the impression that the guru is: (A) a pure representative of God, yet also the guru might simultaneously have a tendency for (B) acting as a renegade, a child molester, a person involved in murders, and in sum, the guru from heaven, and an equal to JESUS, may also be a criminal. And why are they producing these renegade gurus like flies in June? And why are they always mixing up the title of guru with things like drugs, renegade behavior, illicit sex, crimes, murders and so on? And in the TV show they try to paint Kirtanananda as the sole renegade. What about many of their other anointed messiahs?

After Jayatirtha's head was decapitated (because he was having illicit sex with a disciple's wife) the GBC said to the news media, "Yes, he has been our messiah guru, but he was also -- always a renegade." OK, so every time one of their gurus is involved in crimes and murders they simply say, "we knew all along he was a trouble maker, and that is why we anointed him as our messiah." This simply does not make any sense at all? You say you knew all along this person was a bad apple, so you declared -- he was as pure as Jesus? And then you wonder why dissenting people get beaten and murdered?

So, the way this looks to the public is, the leadership of ISKCON has no idea what are the qualifications of God's successors, gurus, acharyas and messiahs, because they keep anointing renegades as God's successors. The GBC thinks (A) God is the original guru (adi-guru) therefore (B) Lets find some people who have renegade tendencies and rubber stamp them as God's successors. Great idea!

As Tom Westfall says in the video, when a person becomes a guru artificially "his ego simply grows" and "absolute power corrupts absolutely." That means, by the GBC's artificially giving guru titles to known renegades and criminals, the GBC is setting up situations where there will be unchecked crimes, even murders, because they are granting absolute powers to individuals, that they admit, they already know in advance, are renegades. ys pd