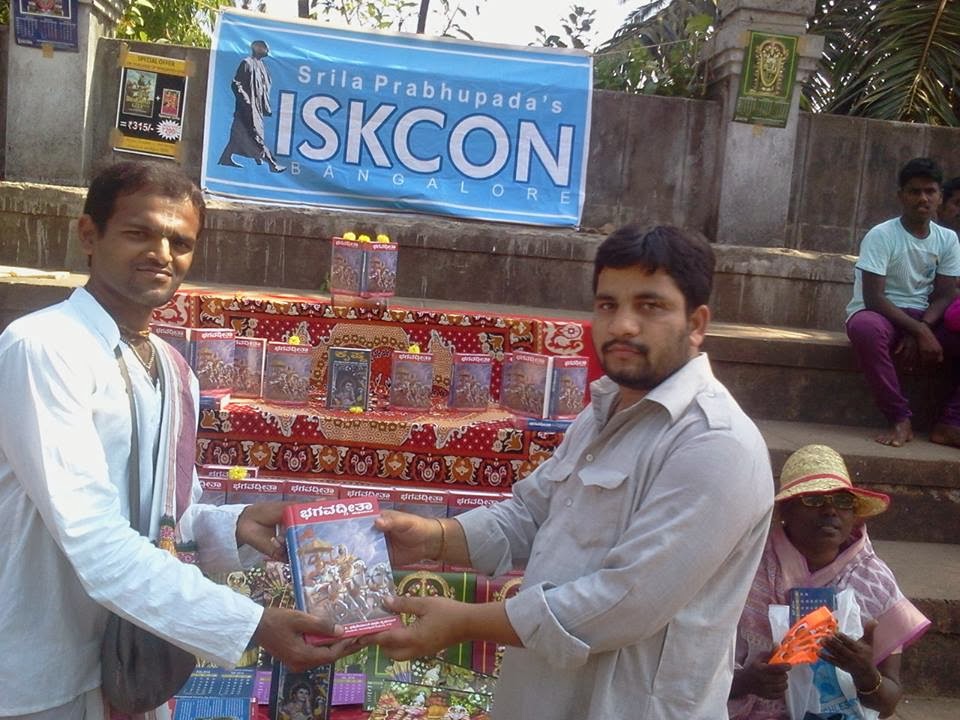 Great News! more and more devotees reject their bogus ISK’CON gurus:
(Here are only a few)
Beer Krishna rejected by his disciple Haladhara
Jayapataka rejected be his disciple
Hridayananda rejected by his disciple Krishna-Kirti Das
Bhakti Caru rejected by his disciple
Bhakti Vikasa Swami rejected by his disciple
Bhakta Torben rejects his “initiation” by “Sri Visnupada”
Bhakta Corey rejected his bogus IskCon guru
Lokanath rejected as sannyasi / guru
Caitanya dasa leaving the bogus ISK’CON institution
Nori Muster (Nandini devi dasi) leaving the bogus IskCon institution
Iskcons self-appointed bogus gurus, not authorized by Srila Prabhupada
Steven Gelberg On Leaving ISKCON
So we invite all of you to reject ISKCON’s bogus gurus and to come back to the real ISKCON, the ISKCON that existed during Srila Prabhupada’s time, and to worship ONLY Srila Prabhupada as your guru, as your spiritual master, and as your life and soul.
Dear godbrothers and sisters, please worship Srila Prabhupada as our only diksa guru !
Please reject iskcon`s invented system of self-appointed gurus, please read Srila Prabhupada`s original books and distribute His direction of management. So many devotees lost their trust in the chanting of the holy name, because they were misled and forced to accept a pseudo guru by vote instead of their true eternal Guru Srila Prabhupada. Others arranged themselve with the deviants in good trust because they saw no alternative, maybe they reached a comfortable position or also want to be worshipped as guru some day.What to say about the innocent and blue eyed ? But actually they all are supporting to destroy Srila Prabhupadas gift for the whole world…for now,
but :
a new generation of non compromised devotees is rising, not afraid, not traumatized by rubber stamped gurus, from the beginning informed about the manipulations and the misuse, knowing that it must be a part of KRSNA´s plan, able to differ and experiencing the transzendental sound vibrations without being indoctrinated with wrong philosophy, seeing the victims of self-appointed gurus but also the offenders of Srila Prabhupada with compassion, praying to KRSNA, that we all dont forget this warning and will resist the temptations of the posion “P´s” ( power, position, pupils and prosperities) and be part of a new Hare Krsna dawn out of the ruins of IsGone by which a truthfull trinad api will be possible and everybody will realize that we are only the postmen for Srila Prabhupada and that really all glories belong to him …….the yuga dharma cant be stopped ……fight the misleading changes without being afraid to stand alone, because Srila Prabhupada loves you for that…you will feel his blessings !

Srila Prabhupada: “As for your next question, can only a few pure devotees deliver others, anyone, if he is a pure devotee he can deliver others, he can become spiritual master. But unless he is on that platform he should not attempt it. Then both of them will to go to hell, like blind men leading the blind.” (Srila Prabhupada Letter, December 14th, 1972)”
“And the rascal, blind leaders are leading everyone to hell. They are simply misleaders. People do not like to accept any authority. Still, they have accepted these rascals as leaders and are being misled. In this way both the rascal leaders and their unfortunate followers remain bound up by the stringent laws of material nature.” (The Laws of Nature, chapter 1)”
“Generally a fashionable materialist engages a so-called spiritual master without any profit. The pseudo spiritual master flatters the so-called disciple, and thereby both the master and his ward go to hell without a doubt.” (Srimad-Bhagavatam 1.19.37, purport)
“Leaders who have fallen into ignorance and who mislead people by directing them to the path of destruction [as described in the previous verse] are, in effect, boarding a stone boat, and so too are those who blindly follow them. A stone boat would be unable to float and would sink in the water with its passengers. Similarly, those who mislead people go to hell, and their followers go with them.” (Srimad-Bhagavatam 6.7.14)”