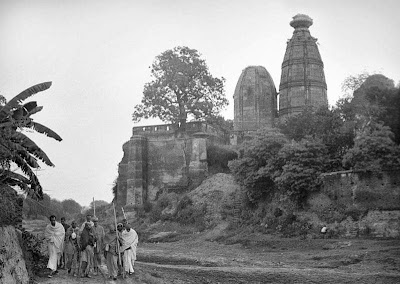 [PADA: If you look at the comments of these stories coming out about "the arrest of an India diplomat," many Westerner's comments seem to think this is a problem where the diplomat felt she had "a right" to exploit her maid due to -- her "higher status" in the society, possibly because of he caste. Even many Westerners know that the caste system as it stands now is artificial.

This seems to be a big problem in India where people think that their birth authorizes them a certain status. Srila Prabhupada says that the smarta brahmanas are not qualified to be brahmanas, and that their artificial control over the Hindu religion "by birthright" is what has caused so much degradation in India. That seems to be the case more and more, the brahmanas and other castes are exploiting their positions "by birth" when they are not qualified to exploit others based on that consideration.

No wonder then the smarta brahmanas wanted to have Srila Bhaktisiddhanta Saraswati Thakur assassinated, he was saying anyone can chant Hare Krishna and become pure. So we are very blessed to have a connection to that line that will take us back to Krishna, ys pd
Posted by krishna1008 at 6:55 AM