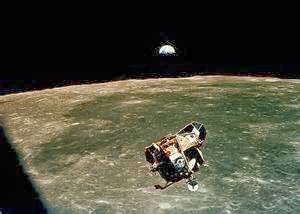 [PADA: Srila Prabhupada says the moon landing was a hoax, and here is a discussion on that issue here. Also see Srila Prabhupada's quotes at: http://www.harekrsna.org/moon-landing.htm ]

CC: Some of us used our God given intelligence and listened to Prabhupada, then surrendered to Krishna and Prabhupada with a very happy heart and 100% faith and trust. As a Child I thought "if they have been to the Moon then why haven't they been back?" Same as, "if we are from apes, why are apes still here?" A Child can understand truth, that can then be answered by a Spiritual Master in connection with God. Why do some people doubt their Spiritual Master words?

WD: I do not use my Spiritual Name,because I am afraid I will not be able to be effective with set ups and traps.

PY: Srīla Prabhupāda kept an open mind on the subject. Why not follow his example?

VD: I hope this will satisfy you, please thoroughly research this (http://apolloreality.atspace.co.uk/) site and then put some comments. This web page will show you how, and where NASA faked the lunar approach, lunar orbit, lunar landing, and lunar take off, for all the Apollo Moon landing videos.

"A Funny Thing Happened on the Way to the Moon" Avananda Interviews filmmaker Bart Sibrel
Bart Sibrel has become the worlds most controversial spokesperson for the "We Never Went To The Moon Conspiracy Evidence". Bart has been a tireless researcher on this.

RD: I remember the night this alleged landing took place. I was 17. For hours before the actual landing, they were showing a ‘mock up’ of “What it will look like when it happens” I was confused by this. But they showed over and over what it ‘would’ look like. Then the BIG event, the walk on the Moon-first time -- it looked just like the mock up they’d been showing all night. I guess they were right that was how it ‘would’ look. I was not impressed.

So I went outside to have a look at the Moon. It was bright and full I believe. I wondered to myself if they were really there. I never expressed my doubts to anyone. To do so would have been asking for it.

LM ON TV This video shows a woman watching the fake lunar landing on her TV.

PADA: Some scientific folks made a video showing for example that once a human being is more than 50 miles above the planet, the radiation is so bad, he would need to be in a lead lined box to survive, however space craft cannot carry that much weight, and that their camera film would have melted, so many things etc. In any case, its also a little strange that with that ancient technology they could go, but they have not been able to go subsequently with more advanced tech?

The whole things sounds dubious -- even to a lot of materialists. Right after they "went" someone made a movie "Capricorn One" where they showed how all this was possible in a film studio, you can still rent that movie as far as I know. In other words, even many ordinary people doubt that we ever went to the moon. ys pd


PD: Yes the Lunar Module was such a thin piece of metal had no radiation proofing at all

PY: This is exactly the way I felt about it, until a few years ago when I watched the movie, “The Disk.” Then it became obvious to me that the Russian astrophysicist that I questioned at Michigan Tech was right. Faking the moon landings was impossible. The mission was tracked by scientists all over the world, especially the Russian scientists. They’re not fools. You can’t fake a lunar trajectory. No knowledgeable scientist has ever claimed that the manned moon landings were faked. I watched Capricorn One. it doesn’t prove anything.

BP: Cremo and Sadaputa both spent alot of time showing us the dishonest methods of these scientist and archaeology type people, especially with a work such as Forbidden Archaeology documents this pretty well. Cremo makes it clear that if an archaeologist finds something that does not fit the current world view it will be automatically thrown out. And if it is not the professor will lose tenure, and become ostracized from his community and other colleagues will reject them.

PY: But if the moon landings were faked, then why didn’t any of the Russian space scientists cry foul? Do you think they are all complete fools? Sadaputa, when I saw him face-to-face in late 1996, agreed with me that the Apollo astronauts probably did actually walk on the moon.

BP: Its because the cold war was a farce from the very beginning, its simply the artificial implementation of the Hegelian Dialectic in recent times.

VD: But if the moon landings were faked, then why didn’t any of the Russian space scientists cry foul?
Srila Prabhupada has excellent comment on this question?

Prabhupada: ... The Russian scientists and the American scientists joined on the platform, "Don't expose me, I don't expose you." (laughter) (Bengali) "You have to do your business and same I have to do my business. Let us support one another." In all other case, they are inimical, and the scientific field they are friends. That means that if a scientist, another scientist, opposes me, then my attempt will be futile, so let us don't do it.

Prabhupada: Because we are doing business, we are getting money from these rascal government, so if you expose me, then I will not get money, and if I expose you, you will not get money. Let us remain together and let them remain fools. That's all. This is it. If a common man like me can understand the whole policy, how the scientist will not understand? But they have made a compromise that "Don't expose me, I'll not expose you, and let us take money from the government. This is going on...

Srutakirti: It is like the Russians and the Americans. He doesn't want to offend the other scientists. (laughs)

Prabhupada: If the other scientists condemn him, then he will not get service.

BP: Yes exactly, the tops of all the major countries in the world have been working together for a very long time, proof of this can be seen with the United Nations Charter, which is almost an exact copy of the communist manifesto. Russia and US have always had similar interests, an example would be the Afghanistan war, first go in the Russians, now its the Americans turn... nothing new. Here in this inverview Jarrah White answers almost every question imaginable http://www.youtube.com/watch?v=7KgqNPay67w

MD: The "blind" guy is exemplified in Prabhupada's famous comment, "Who's in that room", with the response, "I'm not stealing". There have been many intellectual comments by people who have studied the issue without an agenda with false ego trying to understand the truth. .

KD: After reading this thread I had to make a small trip to the moon, and of course I had to acquire a very special Visa and supervision to get in. The type Visa that not even Neil Armstrong could dream of. Can you believe the immigration service from there let me in for 5 minutes? That's after I pleaded my case and they acknowledged I really needed a break after reading what some may consider to be the book of Revelations, the masonic kind.

BP: Yes VD i have seen that a couple of times before.

PADA: Srila Prabhupada explained why the scientists are not reliable ...

BP: Yes just see how Prabhupad has covered this from basically every angle ...

PADA: Yes, Thanks VD for posting this, that is my feeling exactly, these people are all conducting hoaxes.
Krishna das argued with Srila Prabhupada about the moon landing and also that Srila Prabhupada said small worms come out at night and eat your teeth. Krishna das argued there are no such worms, however certain bacteria look a lot like -- worms? 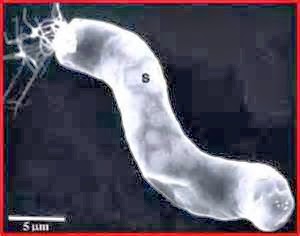 Then he blooped out, he simply could not accept these things. Better to accept and not wander off the reservation.

BP: Yes thats the whole point of the parampara, to accept what the guru says. Thats what makes the parampara continue, otherwise it would not stay intact. OK so the question is: The Vedic civilization did not have electron microscopes or microscopes at all from what i know, so how did they know 'worms' came out at night and attacked our mouth? We know this is true now, we can see the worms and we call them bacteria. But how could they understand something they havent seen?

Western people didnt even know germs exist until pretty recently. Microorganisms were discovered in the west in 1675, but Vedas knows about these tiny creatures for looooong time ago ...