ISKCON and Rape, Murder, Child Abuse and Prostitution in Vrindavan 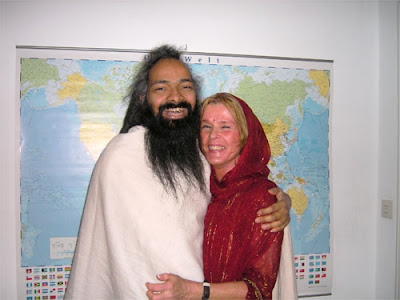 [Swami Balendu with his imported Wife]


There have been murder cases connected with devotees of the sect. Even more cases have included rape, sexual abuse and more. One of the main rules of the International society of Krishna consciousness is ‘Illicit sex is forbidden’. Illicit can be different for different people.


In general it means that you are only allowed to have sex with your wife and not with any other woman or before you are married. For certain people – those who want to live a life even more pure than that – it means even having sex with your wife only once a month, in the time when the woman can conceive and of course only with the purpose of conceiving to have children. I have extensively written about such religious ideas of sex and ‘purity’.

Whenever I hear about these rules I wonder how there are so many stories of sex scandals in ISKCON? They have been accused of abusing children in their organization’s branches in different countries. There have been many charges for child abuse and they managed to declare those branches bankrupt and pay a minimal sum to those victims and their families. There will be many more people and children who have been abused and didn’t go public because of shame or similar reasons.

Everybody knows however that in this sect, where sex is nearly forbidden, people have most sex. There have been a lot of rumors about homosexuality among devotees, both lower and higher in their hierarchy. Lately there has been a lot of talk about prostitution among members of the organization, especially here in Vrindavan.

Many of the sect’s devotees have come to India from former countries of the Soviet Union where the economic situation is bad, where they don’t find a job and cannot earn their living. They have joined the Hare Krishna movement as they can do chanting and service there in exchange for food and sometimes board. With the cover of spirituality and religiosity, they come to Vrindavan, show themselves as devotees and soon find another quick and easy way to earn money: prostitution.

We have heard from local people that this is the situation of many female devotees. Some rich Indian people who are looking for paid sex like women with fair skin and don’t mind to pay a bit more for having sex with foreigners. And many guesthouses and Ashrams are available on rent to provide place for some hours for a low amount of rupees.

You can have really funny conversations with such devotees. Ask them what they do. ‘I do Bhakti’, which means as much as doing service or having devotion. But what do you live from, how do you survive?
‘The universe provides!’ So which activities does this Bhakti include? ‘We are doing social work’. Okay, social work! And of what kind?

‘We just try to make others happy and fulfill their wishes’.

It is really a virtue, wanting to keep others happy. And if you earn some money by fulfilling other peoples’ wishes, everybody is happy! It is not any wonder that the sect tells everybody to cut their ties with their family and friends because they might oppose such a development of one of their loved ones.

Unfortunately this is what is going on now in our Vrindavan. It is sad to see but it is what is connected with sects such as this one. And there are several organizations with different names but the same rules. They are founded by former members of ISKCON who either did not like the bad name ISKCON got with all their ‘social work’ or who became ambitious and wanted to be a Guru of their own with their own sect. They are like small ISKCON groups with the same principles, only with different names and Gurus. I can only warn people of joining this sect and advise everyone to stay away from any organization similar to this one.