Communism and the GITA 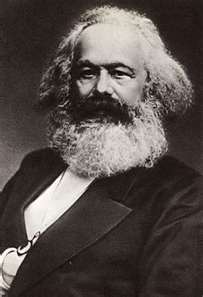 
[PADA: Thanks Charles, correct, it looks like the communists are being opposed with their idea of discrediting the Gita. Rather everyone is coming to Lord Krishna's defense. Also correct, Saksi Gopal (Australia) told me he was formerly a Naxalite and they are connected to promoting Marxism, which has the same idea of many Russian leaders: ban religion "the opiate of the masses." So the communists want to stamp out the Gita, and Saksi evidentally never left them. You make an excellent point.

Many of my Hindu friends agree that officially banning the Gita in any country will make a bad precedent for all Hindus in other countries, it sets a bad precedent for religious intolerance of Hindus in general. And this may make life hard for Hindus in any number of other places around the world by creating a sort of "discrimination based on religion." Certainly Hindus in some parts of Africa are beaten and killed simply for being Hindus, so discrimination against them can be a dangerous path.

Some of my Hindu friends are worried these rulings against the Gita might eventually lead to Hindus being exiled, physically attacked, beaten, maybe assassinated, and for sure jailed in places like Russia. I think you are right Charles, this is ultimately what the communists want, they want to lock up anyone who worships Krishna, they worship Karl Marx and atheism. Of course this is also what the Muslims did when they attacked India, they tried to shut down the Hindu religion. As for Karl Marx:

"Karl Marx was born in Trier, an ancient German city in the Rhineland. His ancestors, Jewish on both his mother's and father's sides, were rabbis. His father, Heinrich, had converted to Protestantism in 1816 or 1817 in order to continue practicing law after the Prussian edict denying Jews to the bar."


PADA: Well there you have it, the de facto guru of the Communists and Marxists is a little fat guy with a long beard whose father converted from the Jewish faith to become a Christian, so he could make more money. What a high standard they have for their messiahs! Of course, lets not forget that communism's birth resulted in the deaths of 23 million people, mostly over religious discrimination. Why do people want to follow this path? Right, what is the attraction to that process?


Anyway Srila Prabhupada says eventually these communists will win as Kali Yuga progresses, because atheism will prevail eventually as the degradation continues. I think you are onto something here, the people who want to abolish the Gita are followers of the communist system, and people like Saksi never left that system, so he also wants to ban the Hindu scriptures -- as my Hindu friends are telling me is the upshot of all this.


Joe Stalin, mass murder of millions of people, and their crack pot atheist writers, yes, what kind of people are attracted to this stuff in the first place? The good news is that many nice people in India are standing up to defend Lord Krishna and His Gita, so we give them a big hug and a bravo for that! Glad to see that! At least in India there is some residual sentiment for Krishna, that's one great thing about India. So it seems we are winning the support of the mass of people there in any case, so this puts places like Russia on notice: not to attack the Gita. Yes, we have to fight for the Gita, that is what the Gita is saying itself!  ys pd