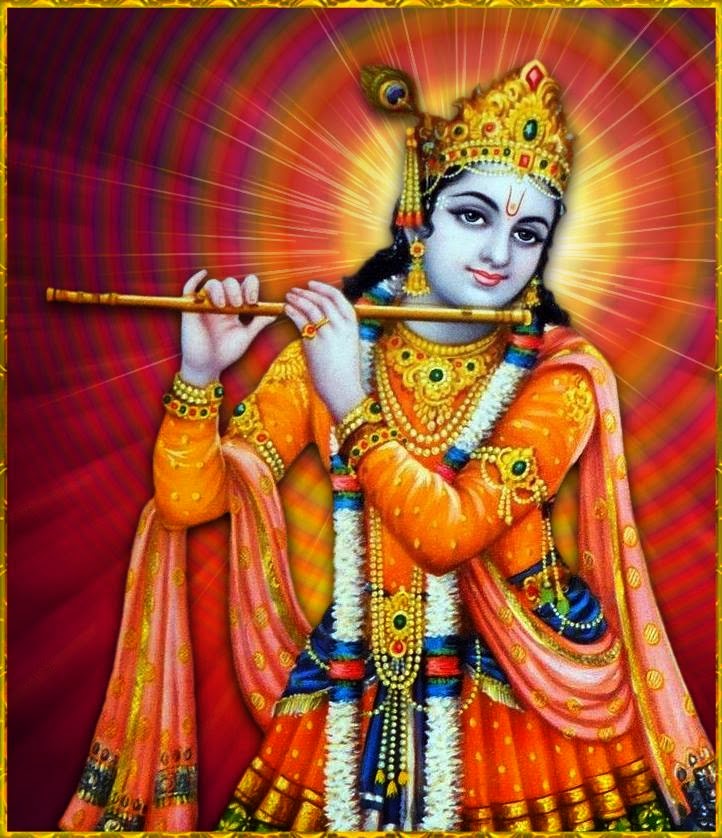 "I offer my respectful obeisances unto Sri Jagannatha dasa Babaji Maharaja, who is respected by the entire Vaisnava community and who discovered the place where Lord Caitanya appeared."

Jagannatha Dasa Babaji lived in Vrindavan and performed his bhajan there for quite some time. He became famous among the devotees there as one who was perfect in Krishna-bhakti.

In 1893, Srila Babaji Maharaja went from Koladwip (the part of Nabadwipa where Srila Sridhara Maharaja's temple is presently located) to Surabhi-kunja in Godrumadwipa. There he t ook his seat. His arrival in Surabhi-kunja was a wonderful event. Sri Jagannatha Dasa Babaji revealed many lost holy places in Mayapura, including the Yogapith, Srivasa Angana and others. It is said that when he came upon the holy place of Mahaprabhu's birth he danced, although he was very old and walked with difficulty. For some time he remained in Nadia and performed his bhajan on the banks of the Ganges. His bhajan kutir andsamadhi mandir are still there at present. He ordered Bhaktivinoda Thakura to build a hut so devotees could stay near his bhajan kutir, and Bhaktivinoda did so.

Some Stories from his life

In his old age, Babaji Maharaja was nearly blind. Many people would come to see him and to offer him donations for the service of Sri Krsna. Bihari dasa would keep all these donations in a bag.

Smiling, Bihari surrendered the remaining coins to his guru. The total came to two hundred rupees. Babaji Maharaja ordered Birari dasa to take the money at once and buy rasagolas, to feed all the cows in Nabadwipa dhama.

One day, Sri Babaji Maharaja remarked about the professional readers of Srimad-Bhagavatam, 'This kind of professional Bhagavata kirtana is simply prostitution. Those who make their living by reading Srimad-Bhagavatam are offenders to the holy name of Krsna. No one should listen to the kirtana and Bhagavatam readings that they produce. And one who listens to such offensive readings and thus commits offenses against the holy name of Krsna certainly go to hell. Those who are involved in this professional reading should immediately give it up. Such a person should worship the residents of Vrndavan with great care and attention, considering himself most fallen, and thus pray for forgiveness.'

When Srila Bhaktivinoda Thakur was looking for the actual place where Sri Caitanya Mahaprabhu's birthplace was, he asked Jagannatha dasa Babaji Maharaja to go with him. During the many changes in the course of flow of the mighty Ganges River, some parts of the sacred 'dhama' of Navadwipa (nine islands) had changed. The Ganges had revealed old and lost places and reclaimed new ones. To his surprise Bhaktivinoda Thakur discovered that the modern day city called Navadwipa was not more than 100 years old and therefore wasn't the Navadwipa of Sri Caitanya. Some said the birth site was on a place now in the Ganges, while some said it was in the city of Navadwipa.

Dissatisfied, Bhaktivinoda pushed on looking. He found some antiquarian maps and government records, and authentic books written at the time of Lord Caitanya, all of which agreed that Mayapur Navadwipa Dhama is situated on the east bank of the Ganges.

One day from the terrace in his house he saw a light coming from a place across the Ganges. He wondered what it was, and then crossed over to Antardwipa the next day.

Upon reaching the exact spot, to his amazement he found several large mounds covered with sacred Tulasi plants on land owned by Mohammedans. There were rumours locally of strange lights and sounds, so the owner, believing it to be haunted, would not go there. Many old babajis of the time, however, believed this to be the actual birthplace of Sri Caitanya Mahaprabhu. Convinced it was true, Bhaktivinoda, inspired by Jagannatha dasa Babaji, went there to the spot, with Jagannatha dasa Babaji being carried in his basket.

Due to his old age, Srila Jagannatha dasa Babaji couldn't open his eyes, but had to forcibly open them with his fingers, what to speak of walk. If he went anywhere he was carried in his basket by Bihari Lal, but upon arriving at the transcendental site, he leapt out of the basket and danced in ecstasy shouting, “Haribol!” and “Gauranga!” and “Ei to Nimai Janmabhoomi!!”(This is the Birthplace of Nimai!) definitely establishing it to be the very same birthplace of Lord Caitanya.

When Srila Bhaktisiddhanta Saraswati Thakura was twelve years old, he was an expert in the Jyoti-shastras explaining Vedic astrology. Hearing this, Srila Babaji Maharaja one day called upon him to prepare the Vaishnava calendar in accordance with the proper siddhanta. He did so and Babaji Maharaja was very pleased. With this, the Nabadwipa Panjika, the Vaisnava calendar recording the dates of the appearance and disappearance of important Vaishnava saints and the celebration of important festivals, began.

Srila Babaji Maharaja always had great enthusiasm for kirtan and Vaishnava seva. Even when he was nearly 135 years old, he went on preaching the message of Sri Chaitanya. In his old age, although he was almost paralyzed by infirmity, whenever it was time for kirtana he would still raise his arms in ecstasy.

Srila Jagannath dasa Babaji Maharaj was such a great devotee that the Bhaktivinoda Thakura (Kedarnath Datta) called him the commanding chief of the devotees. (vaishnava sarvabhauma shri..)
Posted by krishna1008 at 9:26 PM