The Dark Well of Material Life 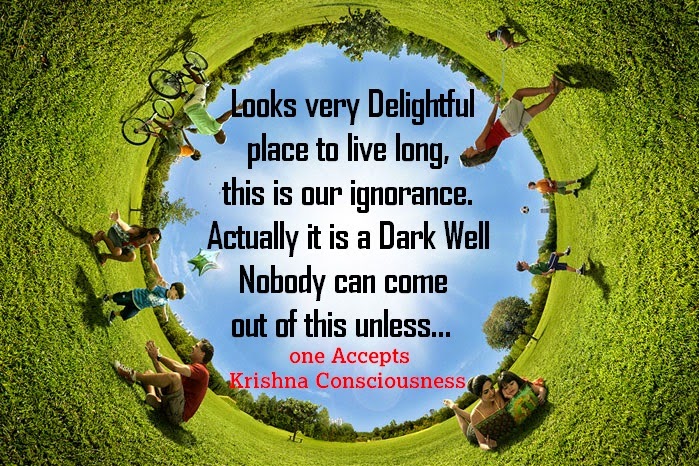 This is a dark well into which the man has fallen. For such a man to get out is extremely difficult unless he is helped by a strong person, a bona fide spiritual master, who helps the fallen person with the strong rope of spiritual instructions. A fallen person should take advantage of this rope, and then the spiritual master, or the Supreme Personality of Godhead, Krishna, will take him out of the dark well.

The devotee whose heart has been completely cleansed by the process of devotional service and who is favored by Bhaktidevi does not become bewildered by the external energy, which is just like a dark well.

Prahlada Maharaja replied: O best of the asuras, King of the demons, as far as I have learned from my spiritual master, any person who has accepted a temporary body and temporary household life is certainly embarrassed by anxiety because of having fallen in a dark well where there is no water but only suffering. One should give up this position and go to the forest [vana]. More clearly, one should go to Vṛndavana, where only Kṛṣṇa consciousness is prevalent, and should thus take shelter of the Supreme Personality of Godhead.

PURPORT
Hiraṇyakasipu thought that Prahlada, being nothing but a small boy with no actual experience, might reply with something pleasing but nothing practical. Prahlada Maharaja, however, being an exalted devotee, had acquired all the qualities of education.

“One who has unflinching devotional faith in Kṛṣṇa consistently manifests all the good qualities of Kṛṣṇa and the demigods. However, he who has no devotion to the Supreme Personality of Godhead has no good qualifications because he is engaged by mental concoction in material existence, which is the external feature of the Lord.” (Bhāg. 5.18.12) So-called educated philosophers and scientists who are simply on the mental platform cannot distinguish between what is actually sat, eternal, and what is asat, temporary.

The Vedic injunction is asato ma jyotir gama: everyone should give up the platform of temporary existence and approach the eternal platform. The soul is eternal, and topics concerning the eternal soul are actually knowledge. Elsewhere it is said, apasyatam atma-tattvam grheṣu grha-medhinam: [SB 2.1.2] those who are attached to the bodily conception of life and who thus stick to life as a gṛhastha, or householder, on the platform of material sense enjoyment, cannot see the welfare of the eternal soul.

Prahlada Maharaja confirmed this by saying that if one wants success in life, he should immediately understand from the right sources what his self-interest is and how he should mold his life in spiritual consciousness. One should understand himself to be part and parcel of Krsna and thus completely take shelter of His lotus feet for guaranteed spiritual success. Everyone in the material world is in the bodily conception, struggling hard for existence, life after life. Prahlada Maharaja therefore recommended that to stop this material condition of repeated birth and death, one should go to the forest (vana).

In the varṇasrama system, one first becomes a brahmacari, then a grhastha, a vanaprastha and finally a sannyasi. Going to the forest means accepting vanaprastha life, which is between gṛhastha life and sannyasa. As confirmed in the Viṣṇu Purana (3.8.9), varṇasramacaravata purusena paraḥ puman viṣṇur aradhyate: by accepting the institution of varṇa and asrama, one can very easily elevate himself to the platform of worshiping Viṣnu, the Supreme Personality of Godhead.

Otherwise, if one remains in the bodily conception, one must rot within this material world, and his life will be a failure. Society must have divisions of brahmaṇa, ksatriya, vaisya and sudra, and for spiritual advancement one must gradually develop as a brahmacari, grhastha, vanaprastha and sannyasi. Prahlada Maharaja recommended that his father accept vanaprastha life because as a gṛhastha he was becoming increasingly demoniac due to bodily attachment. Prahlada recommended to his father that accepting vanaprastha life would be better than going deeper and deeper into grham andha-kupam, the blind well of life as a grhastha. In our Krsna consciousness movement we therefore invite all the elderly persons of the world to come to Vṛndavana and stay there in retired life, making advancement in spiritual consciousness, Kṛṣṇa consciousness.

Srila Prabhupada: If one simply approaches the holy name with reverence and allows the holy name to enter through his ears into his heart, and especially if he accepts the divine name as his very life and soul, he can enter the deepest, most profound, most sublime of all spiritual mysteries. 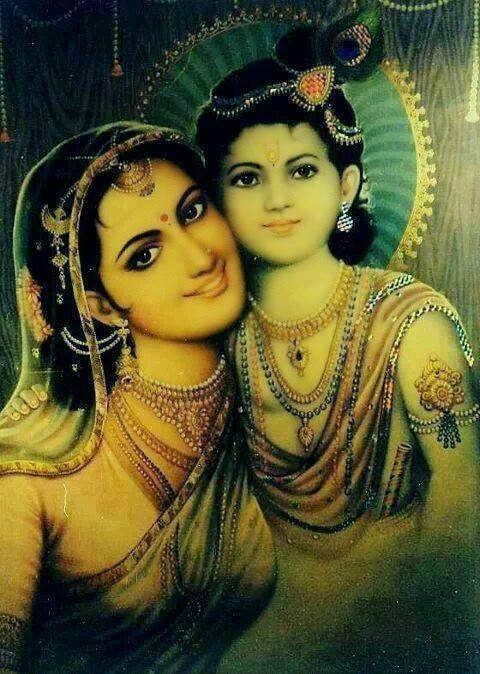