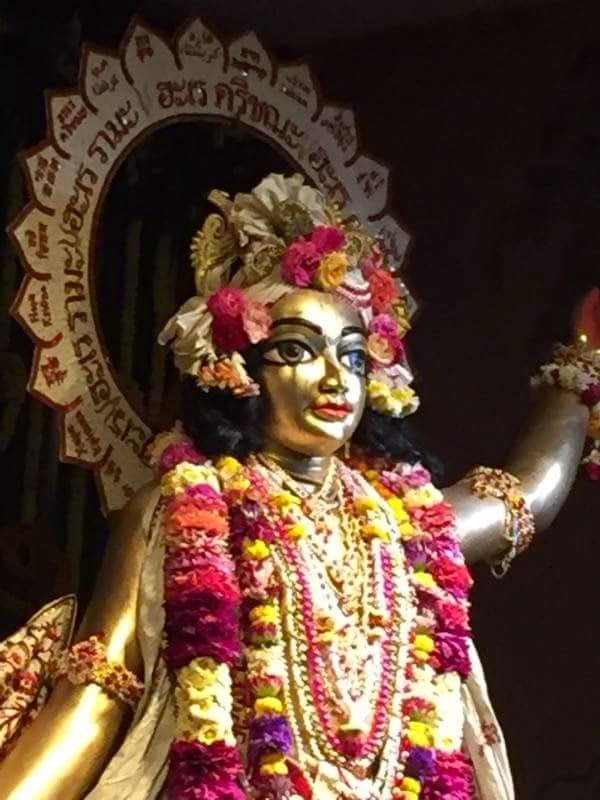 "The Deities seem to be crying in the temple, lamenting and perspiring. They seem about to leave. All the cities, villages, towns, gardens, mines and hermitages are now devoid of beauty and bereft of all happiness. I do not know what sort of calamities are now awaiting us." 1.14.20

PADA: Sacinandan swami and similar other GBC leaders are claiming that the deities in Mayapura were seen spontaneously crying. Really? Generally crying deities are not seen as an auspicious sign, because at the start of Kali Yuga the deities were crying. Then again this could easily be a staged hoax, and likely is.

Of course all the assembled devotees were crying too "jaya jaya," because honestly there is not much good news to report in GBC land which is why they shut down their Oneiskcon site and Chakra site has died on the vine, due to lack of good news to report.

I think that the GBC is getting pretty desperate for credibility and so they are now having to resort to these cheap shot tactics to get attention and credibility. A few people will always think these "miracles" are real and they will stick with the GBC, so they are playing on the sentiments of the small number of remaining members to keep them faithful. Of course this begs the question, why are the deities crying? Crying means, they are not happy, and no wonder since the GBC says debauchees are the guru successors to these deities.

Yes, since the GBC says that the guru successors to God are most of the time debauchees, we are not surprised that they are now reporting that their deity is crying. The only good news is that the GBC meetings are now finally conducting a "Srila Prabhupada position committee," so at least they are theoretically discussing that acharyas are not generally debauchees. ys pd


Sattvic Das: When Kirtanananda was hit over the head with an iron bar his so-called disciples were worshiping the scan of his brain on the altar because they saw Lord Narasimha deva in it. In the same line some disciples of Jayapataka maharaja are now saying that the deities of the Pancha Tattva were shedding tears when he was doing kirtan in the temple. Such sort of fanaticism has no place in Vaisnava society. It is dangerous and leads to mental derangement.