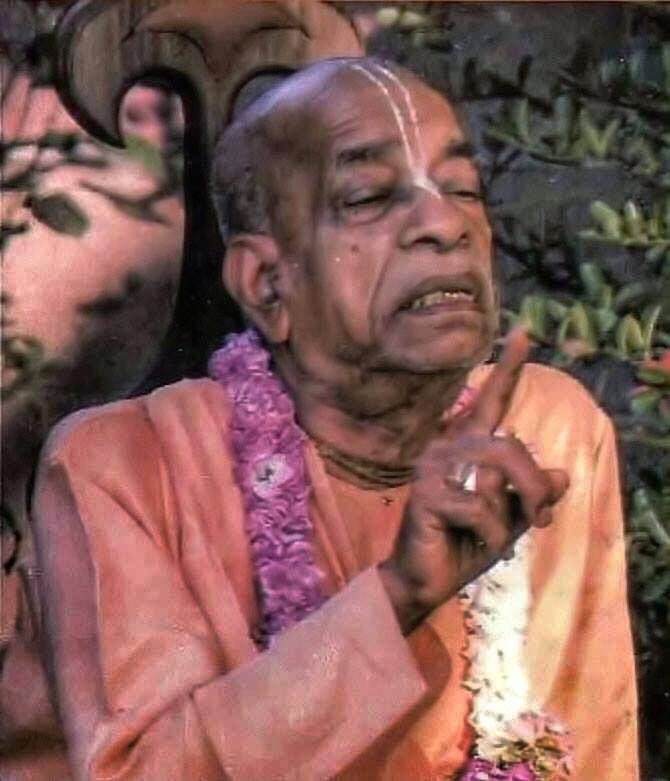 The guru parampara is eternally pure

Prabhu, Most of the 11 GBC gurus fell into illicit sex, and so did many of them who were later "voted in as acharyas." And some of them were arrested for crimes, like Bhagavan das, he was arrested (for counterfeit money?) -- after he was caught having an affair while he was a sannyasa and guru. Hansadutta was arrested at least three times, once for having a machine gun. Hansadutta shot out the windows of stores that were full of people and was arrested for "shooting at occupied buildings" and he had four rifles in his car and $13k cash money on him when he was arrested.

He removed all of the Prabhupada devotees from the Berkeley temple here, instead of 230 devotees in 1977 there are now maybe 15, and its almost bankrupt. Ramesvara was dating a minor aged girl and taking her to the movies, and he left ISKCON after he was implicated in the Sulochan murder.

Harikesh was dating his massage therapist, and he now says Krishna religion is bogus. Satsvarupa says he has doubts that Krishna exists and he was having sex with Pranada which he admits. Bhavananda was censured and removed for having homosexual affairs, including affairs with taxi drivers in Vrndavana. Jayatirtha had his head hacked off for having sex with a married follower.

He was caught taking drugs and admitted to illicit sex many times, but then he was re-instated as guru over and over despite the GBC knew he was deviating with sex and LSD. He was offering LSD to his shalagram and etc. ISKCON was sued for $400,000,000 for child abuse and the GBC said in court, no contest, they are guilty.

This has cost them $20m at least. Jayatirtha, Ramesvara, Hansadutta, Satsvarupa, Bhavananda and others were "re-instated by the GBC" even after it was known they were deviating and / or having illicit sexual affairs. There are thousands of other examples of deviations in the GBC's guru parampara and so on and so forth.

So the credibility of the GBC's guru program is almost zero over here in the USA. Its astonishing to us that this guru parampara is still seen as a bona fide paramara so much, anywhere. Jayadvaita swami says that in ISKCON their gurus are often falling into illicit sex with men, women and possibly children. What kind of guru parampara is this?

Here in the USA their temples are empty, people will not accept a guru parampara that is full of all these deviations. Until the GBC explains how it is that Krishna's guru successors are constantly getting exposed in these deviations, including taking drugs, gambling in Reno, orchestrating crimes etc., their guru parampara will not be accepted not only in Bangalore, but almost nowhere else as well. The ritviks and 99999999 percent of the USA population will never worship illicit sex with men, women and possibly children as their acharyas, its just not going to happen. ys pd

[PADA: Thanks prabhu, yes the Jayapataka Sisya Samahu writes to PADA that we are "causing confusion among new comers." Ummm, what? We are saying acharyas are not debauchees and this is a confused topic over there in JPS land? Why are the JPS people confused? As soon as we say KRISHNA and His acharyas are NOT having illicit sex, taking drugs, smoking weed, watching football cheer leaders, drinking beer, having illicit sex with taxi drivers, -- then immediately the JPS folks complain, "we are causing confusion"? That means, they have no idea what is an acharya?

What amazes PADA is, why are we Westerners and Americans having to tell these India folks that their Vedic succession of acharyas does NOT have illicit sex? The Vedic guru parampara is pure, there is NO taking of intoxicants and drugs, and there is NO doing the hankey pankey left, right and center? Why do the JPS folks keep telling us that their illicit sex and debauchee acharyas program is "the (India) tradition"? What kind of tradition is that, acharyas are having illicit sex with men, women and maybe children, and that is found in their "guru tradition"? That is less than dog behavior tradition, not acharyas from India tradition?

Same trouble we are having with HKC Jaipur's Dayalu Nitai's folks. They INSIST that PADA needs to work with the people who promote homosexuals and deviants as INDIA's acharyas, like Bhakta das and Hari Sauri, and they want PADA to work with Prabhupada worship attackers like Rocana and so on, they want to discredit the worship of pure devotees. And they are from India, why do they not know that its wrong to promote homosex with taxi drivers as acharyas programs and its cheer leaders?

Why do we people from the West have to keep reminding folks over there what is what, that Krishna is pure and His acharyas are pure, and this is AN ETERNAL FACT. Anyway, they have to address this point, they say that the tradition of India's parampara, Krishna's acharyas, and the Vedas etc. is that acharyas are commonly falling into illicit sex, drugs and and so forth.

Whereas we dumb and foolish Western mudhas, mlecchas, hamburger eaters by birth, and so on, we seem to be the main ones who know -- this is NOT what the VEDAS are saying? Why are they confused over there in India? THEY should be preaching to US, and not having US preaching to THEM! The people of India should be TELLING us that their gurus are pure, and their gurus are not debauchees EVER. We should not have to be defending THEIR tradition from OVER HERE, living in mleccha's land! I have to go take my percodans now! ys pd]