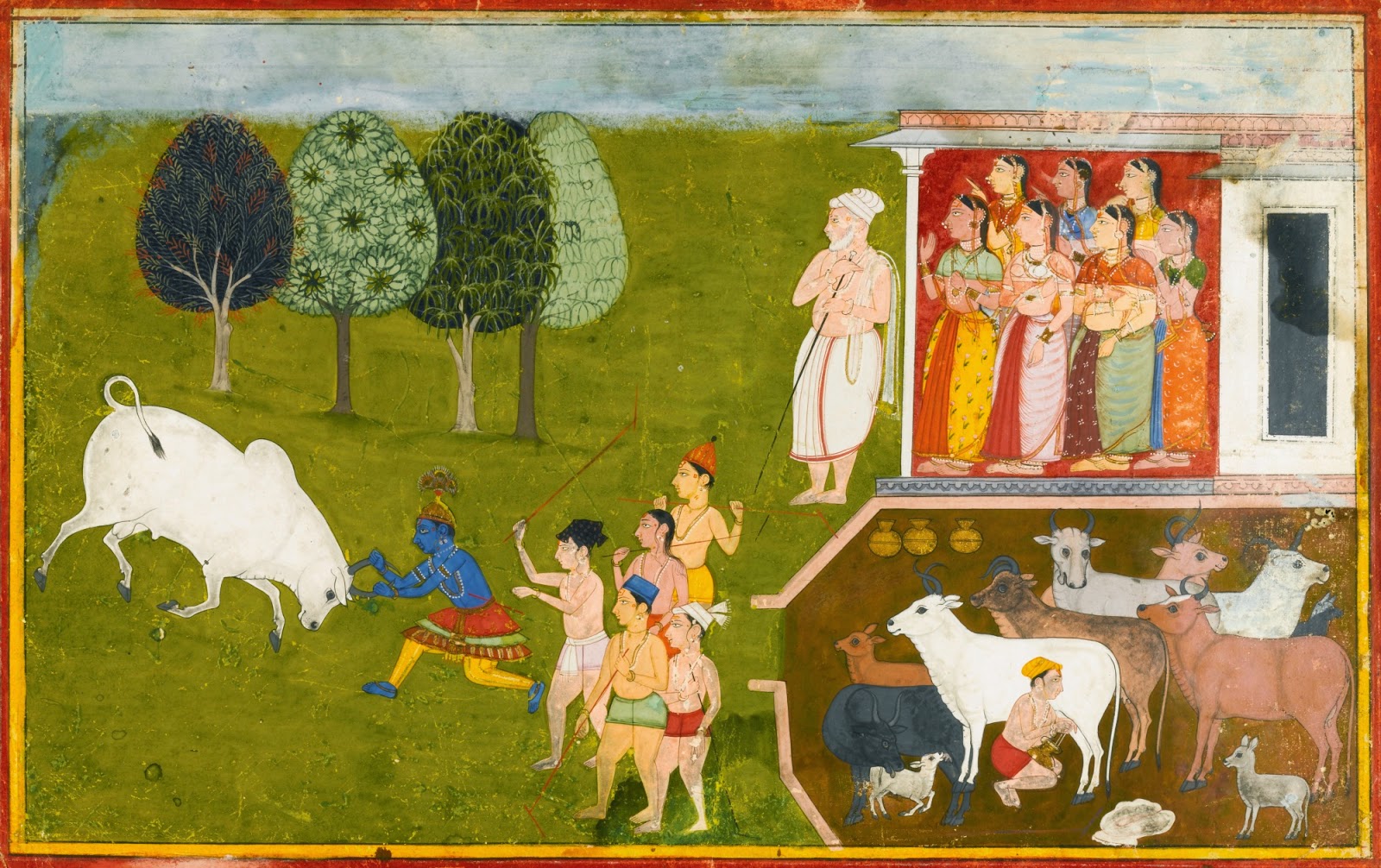 In Western culture we have the idea of the wolf who dresses as a sheep to fool the rest of the sheep. Of course what usually happens is that only a few people are able to see that the demons have entered the assembly by disguising themselves, or maybe only Krishna can detect these rascals in some cases.

Clearly, some demons have also entered the ISKCON arena and disguised themselves as swamis, yogis, sadhus and gurus, in order to fool the mass of devotees and public. Sometimes people say to us, oh its terrible that PADA has identified this demon attack, its hurting ISKCON to expose this attack. Well maybe yes and maybe no, but Krishna apparently does not tolerate demons posing as cows, sheep, sadhus, swamis, gurus, and avatars. He seems to kick them and hard.

What does this mean for us? We'd say, its always better to know that there are demons posing as sheep, and swamis and gurus, -- than not to know. And it also seems to be a blessing to have this vision since -- only Krishna has this vision at all times. Thus its a blessing for Him to share this realization with some of us. We should feel blessed to have this vision.

Of course, as soon as Krishna identifies the demons in disguise, they attack Him. And in the exact same manner, as soon as we identify demons in disguise, they attack us. That means, we are in good company. Hence, as even the karmi police have told us, ALL the people who attack PADA are on the side of these demons posing as saints and so on, because they are infuriated that we are exposing the fact that their sheep are really wolves artificially posing as sheep. ys pd]

Once a demon named Aristasura entered the village in the form of a great bull with a gigantic body and huge horns, digging up the earth with his hooves. When the demon entered Vrndavana, the whole land appeared to tremble, as if there were an earthquake. The fearful roaring of the bull was so piercing that some of the pregnant cows and women had miscarriages. Aristasura entered Vrndavana with such a fearful appearance that just on seeing this great demon all the men and women were afflicted with great fear, and the cows and other animals fled the village.

The situation became very terrible, and all the inhabitants of Vrindavana began to cry, “Krishna! Krishna, please save us!” Krishna immediately replied, “Don’t be afraid.” He then appeared before Aristasura and said, “You lowest of living entities! Why are you frightening the inhabitants of Gokula? What will you gain by this action? If you have come to challenge My authority, then I am prepared to fight you.” In this way, Krishna challenged the demon, and the demon became very angry by the words of Krishna. Krishna stood before the bull, resting His hand on the shoulder of a friend. The bull proceeded toward Krishna in anger. Digging the earth with his hooves, Aristasura lifted his tail, and it appeared that clouds were hovering about the tail. His eyes were reddish and moving in anger. Pointing his horns at Krishna, he charged Him just like the thunderbolt of Indra.

Krishna immediately caught his horns and tossed him away, just as a gigantic elephant repels a small inimical elephant. Although the demon was perspiring and appeared very tired, he took courage and got up. Again he charged Krishna with great force and anger. While rushing towards Krishna, he breathed very heavily. Krishna again caught his horns and immediately threw him to the ground, breaking his horns. Krishna then began to kick his body, just as one squeezes a wet cloth on the ground. Aristasura rolled over and began to move his legs violently. Bleeding from the mouth and passing stool and urine, his eyes starting from their sockets, he passed to the kingdom of death.

Instructed by Kamsa, the demon Kesi assumed the form of a terrible horse. He entered the area of Vrindavana with the speed of the mind, his great mane flying and his hooves digging up the earth. He began to whinny and terrify the whole forest. Krishna saw that the demon was terrifying all the residents of Vrndavana with his whinnying and his tail wheeling in the sky like a big cloud. Krishna could understand that the horse was challenging Him to fight. The Lord accepted his challenge and stood before the Kesi demon, calling him to fight.

The horse then ran toward Krishna, making a horrible sound like a roaring lion, with great speed and tried to trample Him with his legs, which were strong, forceful and as hard as stone. Krishna, however, immediately caught hold of his legs and thus baffled him. Being somewhat angry, Krishna began to whirl the horse around. After a few rounds, He contemptuously threw him a hundred yards away, just as Garuda throws a big snake. Thrown by Krishna, the horse immediately passed out, but after a little while he regained consciousness and with great anger and force again rushed toward Krishna with his mouth open. As soon as Kesi reached Him, Krishna pushed His left arm within the horse’s mouth, and it looked as though a big snake had entered a hole in the field. The horse felt great pain because the arm of Krishna felt to him like a hot iron rod. Immediately his teeth fell out. Krishna’s arm within the mouth of the horse at once began to inflate, and Kesi’s throat choked up.

As the great horse suffocated, perspiration appeared on his body, and he threw his legs hither and thither. As his last breath came, his eyeballs bulged in their sockets and he passed stool and urine simultaneously. Thus the vital force of his life expired. When the horse was dead, his mouth became loose, and Krishna could extract His hand without difficulty.

VYOMASURA THE DEMON IN THE SKY

While Krishna and His cowherd friends were enjoying their childhood pastimes, a demon known by the name of Vyomasura, “the demon who flies in the sky,” appeared on the scene. He was the son of another great demon, named Maya. These demons can perform wonderful magic.

Vyomasura took the part of a cowherd boy playing as a thief and stole many boys who were playing the parts of lambs. One after another he took away almost all the boys and put them in the caves of the mountain and sealed the mouths of the caves with stones.

Krishna could understand the trick the demon was playing; therefore He caught hold of him exactly as a lion catches hold of a lamb. The demon tried to expand himself like a hill to escape arrest, but Krishna did not allow him to get out of His clutches. He was immediately thrown on the ground with great force and killed, just as an animal is killed in the slaughterhouse.

After killing the Vyoma demon, Lord Krishna released all His friends from the caves of the mountain. He was then praised by His friends and by the demigods for these wonderful acts. He again returned to Vrndavana with His cows and friends.
Posted by krishna1008 at 7:18 AM