Bhakti Vijnana Goswami is one of the leaders of ISKCON in Russia and is working tirelessly towards establishing a large new temple in Moscow. He was a brilliant graduate student, attending chemistry classes at Moscow State University before he meet devotees in 1977. In spite of heavy opposition from the state he decided to serve full time in the mission of Srila Prabhupada. He tirelessly preaches and gradually has made large number of devotees in Russia and surrounding former states of USSR.

Satsvarupa swami has this down to a science. He starts ISKCON on fire by insisting on making all sorts of bogus gurus, then he complains he has "too many headaches" from all the problems going on in ISKCON, yep the very same identical problems that he co-founded, co-authored, co-master minded, co-orchestrated, co-created and co-generated. So they are creating these problems, which are then giving them and everyone else a headache.

Then they appear as the humble victims who are always trying to be like helpful emergency room doctors, not telling us that they are the ones who crashed the airplane that caused all the people to be in the emergency room in the first place. Hansadutta once said that ISKCON is like a river of blood, bodies and body parts, just like you'd see after a war, well right, but who started the war?

Srila Prabhupada said the 1936 Gaudiya Matha gurus created "a fire in the math." And then, after starting this mess, the same people who made the mess are making pretend they are fixing their own self-made crises. Its like the pyromaniac fire man, he starts all kinds of fires, then he makes pretend he is saving people from all these fires (after he started them).

For example we were telling GBC folks way back in 1980 that this guru project was going to cause major problems for ISKCON, but they did not care, and so they said -- let the problems come, we are not changing course of being worshiped as messiahs. So its not that the GBC are reacting to crises, they are CREATING one crisis after the next, and then making pretend they are reacting and fixing these problems.

(A) The GBC rubber stamps a herd of false gurus.

(B) Then their gurus create one crisis after another.

(C) Then the GBC is forced to react.

The Maharaja forgets to mention that it is the GBC's gurus who first of all mis-guided ISKCON into accepting their false guru's process in the first place. It is the GBC and their gurus who are actually the ones guiding (or misguiding) these events. Thus, the GBC are not "reacting" to some external problem, they are reacting to their own internal problems, problems that they are themselves creating by their rubber stamping of false gurus.

We used to call the GBC's "the fire brigade," they were always trying to put out the one fire after another, as one after another of their false gurus is running amok. In sum, the GBC are not reacting to these problems, they are the ones making all these problems, and then of course they are expected to resolve these problems -- the very problems that they themselves created. Instead of fixing the problems however, their new plan is always the same, to vote in another wave of bogus messiahs, albeit now they want to add women's names to their list of bogus messiahs.

And this leads us to the succession issue, which he says is being resolved. And the way to resolve the bogus messiah succession issue is -- to vote in a pack of women as bogus messiahs, along with the already established bogus men messiahs? Not sure how this is helping maharaja, with all due respect! ys pd 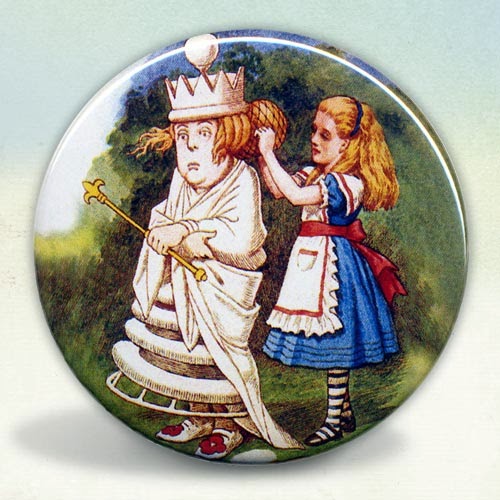 Annointing women with the guru crown will help ISKCON? Nope, this is making the succession issue even worse than it was already!