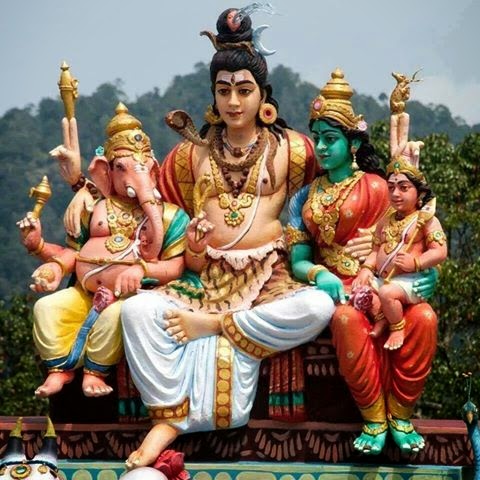 Lord Siva is considered as the best devotee of Krishna

There are three guna-avataras, or qualitative incarnations of Visnu, also known as the Trimurti: Brahma, Visnu and Siva. While Brahma is one of the living entities, he is very powerful due to his devotional service. Lord Brahma is the master of the mode of material passion, and is directly empowered by Garbhodakasayi Visnu to create innumerable living entities.

Lord Shiva, while not described as a direct incarnation of the Lord in Srimad-Bhagavatam 3:1-35, is the third personality of the Trimurti, or trinity of deity. Lord Shiva's exalted personality and relationship to the Supreme Personality of Godhead, Lord Krsna, is described by Srila Prabhupada in Teachings of Lord Caitanya, Chapter 8, as follows:

"...by expanding Himself as Lord Shiva, the Supreme Lord is engaged when there is a need to annihilate the universe. Lord Shiva, in association with maya, has many forms, which are generally numbered at eleven. Lord Shiva is not one of the living entities; he is, more or less, Krsna Himself. The example of milk and yogurt is often given in this regard - yogurt is a preparation of milk, but still yogurt cannot be used as milk. Similarly, Lord Shiva is an expansion of Krsna, but he cannot act as Krsna, nor can we derive the spiritual restoration from Lord Shiva that we derive from Krsna. The essential difference is that Lord Shiva has a connection with material nature, but Vishnu or Lord Krsna has nothing to do with material nature. In Srimad-Bhägavatam (10.88.3) it is stated that Lord Shiva is a combination of three kinds of transformed consciousness known as vaikarika, taijasa and tamasa."

In his Purport to Srimad-Bhagavatam 8:12:4, Srila Prabhupada further explains: