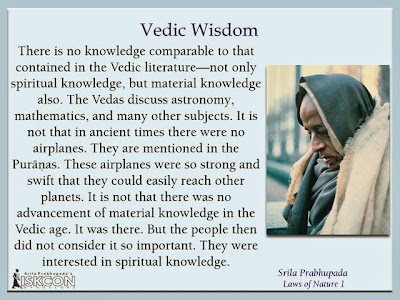 PADA: Criticism started with the GBC's gurus, they said we have to worship Jayatirtha and offer bhogha to him, despite he is taking drugs and having illicit affairs, and they said anyone who disagrees with that pooja system has to leave ISKCON, and so they kicked us all out. They established a policy that we have to worship debauchees, and they criticized Srila Prabhupada's standards for guru. So they criticized the platform of acharya, and they still are saying acharyas fall down. ys pd

A das: Room Conversation—March 16, 1974, Vṛndāvana http://prabhupadabooks.com / AND I THINK MOHANACHANDRAN NAIR M IS RIGHT...TO SUPPORT SOME POINT WE USE THE QUOTES OF PRABHUPADA ACCORDING TO CERTAIN CIRCUMSTANCES ... IT IS NOT WHIMSICALLY THAT WE SAY THIS OR THAT ... WE WILL AND CAN USE THIS INSTRUCTION OF PRABHUPADAS, HOW CAN WE BE WRONG IF WE APPLY IT WHEN IT WHEN WE HAVE TO, AND WE ARE RIGHT...?

Harikesh: ...position to criticize his Godbrothers, no matter what?
Prabhupāda: You can criticize, if you are right. You cannot criticize wrongly. [break]

PADA: Right, Srila Prabhupada personally told me to only have pure things on the altars or Krishna will not accept the offering, so in 1978 we said that we cannot have the photos of debauchees on Krishna's altars, and so the gang of four gurus kicked us out for saying that. We are repeating Srila Prabhupada, so there is no question that is right. They still have photos of all kinds of conditioned souls on the altars, they have not changed the policy. Policy is made by the acharya, that is his policy, no impure things on the altars, he made that rule.

J D: The point should be will it help or hurt someones devotional creeper?.. If a new person hears blasting of gurus and all this before they even get started in the process, or a new devotee.....they may leave all together. There is a way to teach others about the nonsense in ISKCON and GBC etc.

But criticizing others only makes us look bad even if it is true.. It may be done to help someone if it is done truthfully and to protect another person from harm..but at the same time it must be done carefully.. but if it hurts another then it is not good. There has been an overabundance of this name calling and bashing all over the internet and it is not attracting others to the Prabhupadanugas.. it is doing the opposite.

Let Srila Prabhupada do the bashing. We dont need to be news castor's.. We just need to tell the sidhanta.. everyone will learn through the grape vine who did what. But to constantly bring it up in discussions and then blast each other along the way.. Its so distasteful to anyone. But it has become a passtime of so many Prabhupadanugas and a habit and a kind of addiction for some... Let new devotees come ... lets not teach them the wrong way to discuss and talk amongst one another.. Otherwise they may just run away and want to be with the peaceful group who is not actually following the truth of what Srila Prabhupada instructed for ISKCON. In that case we did them a huge disservice.

Its important to know others are hearing and watching and running also.. Better to keep their attention with Srila Prabhupada quotes... the other will be apparent then they can make a wise decision. But if they get no chance to hear in fear of blasphemy then they will remain lost because of someone who think it right to criticize if it is right. Lets not use one verse to back up our criticizing... Srila Prabhupada also said so many things against arguing and criticizing.. So best we consider all involved and who it will harm...Lets all be very very careful how we speak and how we are going to help one another.. Hare Krishna.

A das: Vaishnava is Vaishnava, rascal is rascal..so please Shrila Prabhupada and Radha/Krsna give me the wisdom to always know who is who, namely by their actions...and rascals should not be criticized..but beaten up with facts facts facts - and action of our own good example. Hare Krsna  All Glory's to HDG Shrila Prabhuada!

"Similarly, those who are Krsna conscious should also kill - not by weapons but by logic, by reasoning, and by education. If one is a demon, we can use logic...

J Devi: Yes.. we should Give The Sidhanta... Not put our opinion. We can say wordage that attracts instead of detracts.. Instead of using the words like pedophiles and molesters and on and on. we can say those who have abused .. Instead of saying BOGUS GURUS ...

A D: Before anything, we, ourselves must become the perfect example. Perfect example of following Shrila Prabhupadas instructions, this is where strength, empowerment, credibility and wisdom come from.

"Some behave very well but do not preach the cult of Kṛṣṇa consciousness, whereas others preach but do not behave properly."You simultaneously perform both duties in relation to the holy name by your personal behavior and by your preaching. Therefore you are the spiritual master of the entire world, for you are the most advanced devotee in the world."http://prabhupadabooks.com/cc/antya/4/103

PADA:  The siddhanta is simple, the guru must be a resident of Krishna loka. The GBC says no, that is bogus because: The guru is often engaged in illicit sex, drugs, criminal activity; Placing molesters in the schools; Kicking out the Prabhupadanugas; Gambling in Reno; Going to the cinema shows; Getting massages from female massage women -- and then having illicit sex with those women (and then advertising using condoms); Shooting machine guns and getting arrested for having a machine gun; Shooting shot guns at beer cans that the guru was also drinking; Shooting guns at occupied buildings and getting arrested; Trying to buy Hugh Hefners Boeing airplane because it has a swimming pool; Buying gold and losing $170,000 when the price went down; Taking advice from the Gaudiya Matha, babajis, psychics, ghost busters, tantrics, financial experts, lawyers; Spending (wasting) $15 millions dollars suing the ritviks while their TOVP building remains a skeleton, etc.

We are not criticizing anyone in particular here, but someone has to say, this is not the standard behavior of Lord Krishna's guru successors, or else it looks like we are compromised with these abominations. We have no choice but to separate ourselves from this program, or else it looks like we are promoting / acquiescing with it. Then there are those who say we and Sulochana should not have gone public with this protest, ok some of the protesters who tried to negotiate with the GBC gurus privately, without public police, media and court back up, are dead. Even Sulochana was taken out despite we both went public together. These bogus guru people are dangerous, hello! ys pd
Posted by krishna1008 at 8:42 AM