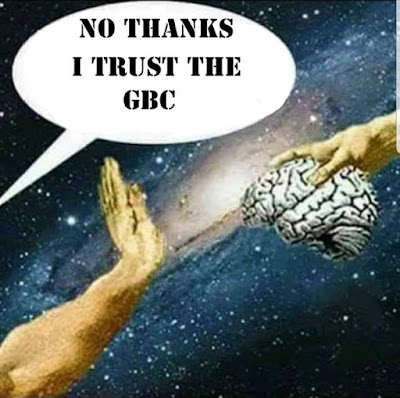 Today we begin an excerpted reprise of a 2013 Sun editorial series entitled "The DOM, ISKCON Inc. and Ritvikism". At the time of initial publication, we were still four years away from settlement of the ISKCON GBC vs. Long Island, NY Temple lawsuit. At the center of that legal dispute were two historical documents: Srila Prabhupada's "Direction of Management" (DOM) and "Topmost Urgency" memorandum.

Our series on the DOM was primarily a byproduct of the groundwork we had done for the Constitution of ISKCON As It Is, released in 2015. It also encompassed some of the research done for our 2012 paper, "Defeat of Ritvik-vada.

In this reprise series, we will only publish the first 11 parts of the complete 22-part presentation of "The DOM, ISKCON Inc. and Ritvikism". The remaining 11 segments dealt primarily with the Ritvik strategy of promoting the DOM and attempting to use it to bolster their position in the Long Island temple lawsuit, and our speculations about potential outcomes of the lawsuit. (We will provide links to that content for those interested in the history.)

Fortunately, the Long Island lawsuit was settled in 2017, in favour of the GBC and against the Long Island Ritvik devotees. But given that the DOM is still occasionally mentioned in ISKCON discussions, and we thought it might be helpful to refresh our memories and inform new readers of this important aspect of history.

[PADA: Yes, "fortunately," the party that:

* Makes Radhanath their messiah and guru from heaven;

* Makes a "guru reform" program that reinstates "oral sex with Taxi drivers" as their Vishnupada acharya (and Rocana had been a leader in the 1986 reform);

*Makes a program that has created basically a criminal regime out of ISKCON -- that had to be raided in various places by the police;

* Helped Rocana's "guru reform" excommunicate Sulochana -- (and which even Sulochan said would aid in his being assassinated);

* Makes a program that promotes Radhanath's writings; Ad infinitum, is great because "they won."

And the people who wanted to worship Srila Prabhupada lost, so that is a good thing. Good for whom?

Eric Johanson -- Puranjana prabhu. Pranams. Jaya Srila Prabhupada. I appreciate your frankness regarding the use of the rittvik term, but jeez, you're like implicating me for dishonoring Sulocana dasa for something I didn't even know about. As far as I know the "appointment tape" was given to Jadurani devi dasi and it led to Ramesvara removing his vyasasana from LA temple around 1981. That 1977 conversation was shortly followed by the 1977 letter appointing 11 rittviks, so the word was hardly a secret. Anyway, you're obsessed with extreme victim mentality. Kailasa Candra dasa and Rocana dasa and the ISKCON institution leaders all revile each other as much as they do you. They are hardly a conspiracy out to get you.

Such is the state of current "Krishna consciousness." You are the FOX news tabloid expression of this infighting, constantly throwing out half-truth accusations - and there will always be some dull kali-chelas to believe you. The GBC are like the state press and Rocana and Kailasa are like muckrakers. A point you constantly ignore is that Srila Prabhupada said hundreds of time more than he used the word rittvik to "find a guru."

This means a physically manifest realized soul. It is the process of all the sastras also. Yes, thousands were misled by GBC recommended cheaters, and all sorts of horrors were visited on those victims and their children. But that doesn't mean we should throw out the standard process. Just because there is much broken glass, doesn't mean diamonds don't exist. Why don't you then start throwing the previous acaryas and Mahaprabhu in that list of those who are conspiring to get you? They never recommended rittvik either.


PADA: Its very dishoring in my view to say that Sulochana was not using the term ritvik, when he was essentially killed for liberating the term ritvik? So first of all, you folks are re-writing the actual history here. Sulochana was the first person to make the transcript of the May tape, and you folks are not only not giving him credit, you are denying he even did that. That is FOX news stuff is it not?

As for Kailash and Rocana not liking the GBC, ok, not sure how that helps anything? They are still doing what the GBC is doing, telling people Srila Prabhupada is not their guru, which explains why GBC people often cite Rocana / Kailash et al. when they write to complain about our idea of worship of the acharya. Narayan Maharaja people also don't like the GBC, and they don't like me either? Which means what exactly?

I never said we should throw out the standard practice, I said that Kailash has mislead people by saying that there is a guru somewhere, so there is no need to worship Srila Prabhupada as your guru now, go find the "other" guru somewhere else. This is mental speculation, i.e. he has no idea where this guru is, or even if such person exists.

Its a wild goose chase, and his process has victimized thousands of people looking for this alleged phantom guru. To say that Srila Prabhupada is not the guru has devastated the society, and they will be held accountable for making this process.

Srila Prabhupada is the person who recommends ritvik, its on the May tape. Apart from that, he said none of you can take sins and it will make you get sick, fall down or both if you become diksha gurus prematurely, and Rocana's living gurus have been falling down, getting sick, getting into scandals, and dying left, right and center from taking sins without authority. The society suffers, and even his living gurus suffer. Rocana was a leader of the 1986 guru reform, they excommunicated Sulochana, which helped get him assassinated. And Rocana never even apologizes for his role in that process. ys pd

Torben Nielsen: No previous acarya ever, ever recommended formal initiation to a departed guru. The fanatical ritvik-dogma does. And this disqualifies them completely. And makes any co-operation very, very difficult. They will of course CONFUSE the subject matter. The acceptance of Srila Prabhupada as siksa guru / informal acceptance of his spiritual bonafide pondus and the formal / official initiation. They will confuse these two on purpose. In order to continue their canvassing. The ritvik-dogma thrives on confusion. And intimidation. And harrasment. And it works apparently.

PADA: Yes, but we had to have the people who worship a departed guru, namely Lord Jesus, to use their police force, FBI, courts, media and others to save me from being killed by your folks living guru's process? They also helped have your living gurus process sued for $400,000,000 for mass child abuse. And you guys still say my complaining about the molesting process is "Fox news"?

Well, without the worshipers of a departed guru, your idea would have had me exterminated. I am being chased with baseball bats from the living guru party, and this is the same party that cites Rocana and Kailash as their authority when they argue with me, and I am the person using intimidation tactics? The party citing Rocana and Kailash are also sending me death threats etc., and I am the aggressor? Hee hee! So it is only by the mercy of the worshipers of a departed guru, that I even survived from your living guru party's propaganda.

No, there is no confusion at our Prabhupadanuga programs, everyone worships the acharya and they tell their children and others to do the same. Its growing nicely and we are getting more nice inquiries all the time. Rocana's "reform" party helped have Sulochana vilified and excommunicated, that lead to his death, there is blood on their hands and you are citing them as your authority? And Kailash is Rocana's ghost writer contributor, they are in league together?

I get it already, the followers of a departed guru (Jesus) had to save me from the hands of Rocana's living guru party process (which he was a big cheer leader of after 1978) -- and his 1986 reformers, and their excommunicating tactics, and you guys are not happy we survived.

ROCANA: Fortunately, the Long Island lawsuit was settled in 2017, in favour of the GBC and against the Long Island Ritvik devotees. But given that the DOM is still occasionally mentioned in ISKCON discussions, and we thought it might be helpful to refresh our memories and inform new readers of this important aspect of history.

[PADA: Fortunately, the people who bury pedophiles in samadhis have won, told ya!]

HD: What happened to the Long Island temple?

PADA: Some Prabhupadanugas tried to take the Long Island temple after the temple president allegedly ran off with over $150,000 and the GBC did not want to prosecute. As expected, Rocana supported the GBC side and he claims the case has been settled. I am not sure it has been?

In any case, Rocana is glad the GBC / Radhanath party wins, but oddly, he keeps saying they are the deviants? He wants the deviants to win? And people like Torben quote Rocana as an authority, and Kailash writes for Rocana, never mind Rocana was part of the 1986 reform that excommunicated Sulochan. The DOM document was never implemented and it was never supposed to end when the acharya departs?

Anyway there you have it, the program that promotes Radhanath as the messiah wins, and Rocana and his apparent clones or disciples like Torben / Hanuman Croatia / Ajit Krishna et al. are doing the happy dance, because they love to cite Rocana as their shiksha authority. Of course then we have some self-styled "ritviks" who like to cite Radhanath's lovers club leaders like Bhakta das. Told ya! ys pd]
Posted by krishna1008 at 7:26 PM