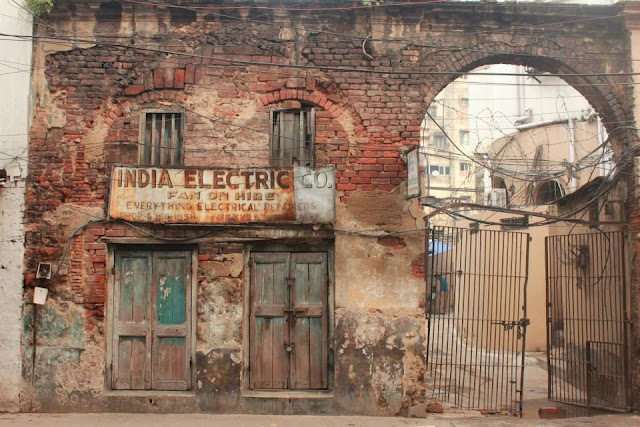 Thanks prabhu for sending me Mukunda's glorification of Hitler for "liberating India from the control of the British." Great. However, when we were in Calcutta, Srila Prabhupada told us that this whole city was once the most beautiful city in all of India, because the British built it up with big important buildings. And the British spent a lots of money here -- to create nice parks, gardens, roads and bridges, and they kept the roads clean and in good repair and so forth.

Yet Srila Prabhupada told us, as soon as the British left, the city immediately began to fall apart and into ill repair, because it was not being maintained in the same organized process by the India government -- those who took it over. Not saying that its a good idea to be under the control of Britain, but that we need to do a lot more than just "kick out the bad guys."

We need to also build something better, and simply producing Hitler's clones is not going to do that. Srila Prabhupada also said, every city in the world will eventually become like Calcutta, so its sort of setting the standard for deteriorating infrastructures and etc. In other words, the GBC is now administering things to some extent. And however corrupt they are -- at least things are going on -- albeit topsy turvy. So if there is NOT a better and more organized group to take things over from them, and a practical plan to make a better running system, that is a big problem.

Then we run into the same problems of chasing out the British, while not really being able to manage things very nicely ourselves, and then certain levels of deteriorating sets in. The British also could not maintain all of India at any point either, because it was simply too much area. So they relied largely upon the use of salaries for "paid staff" i.e. India collaborators whom they hired to manage things on their behalf.

The GBC has had to do the same type things, they have had to give "salaries and benefits" to attract their sevakas and managing assistants. So the whole process of Britain holding onto India was not on a very solid platform from the get go, they were spread out into too many other parts of the world and of course WW II made them focus on the homeland. Much of what they did was done by using paid for proxies, which is what they did worldwide for their empire at the time. So the GBC's process is starting to look more and more like the paid collaborators process.

Meanwhile! My friends in India were talking recently to some really old sadhus over there, and the sadhus were lamenting about how so many things have gone from bad to worse in India including: The horrific state of some of the sacred rivers; The choking bad air pollution; The bad weather -- and getting worse; The noisy traffic and the over-crowded trains (and traffic noises making it hard to meditate); Lurid Bollywood posters all over the place; The lax standards where there is an increase in women being abused, groped, if not assaulted and raped; The worsening conditions for the cows; The increased violence of the monkeys and so many other things. They have seen all this and more no doubt.

The sadhus basically agreed that over the last 40 -50 years they have seen things deteriorating and not always getting better, although there has been a few victories here and there. So we have our new found freedom, fine, but that is only part of the problem. We now need to manage the area freed into our control. We simply do not see how the Prabhupadanugas could take on management of the whole ISKCON, even if it was handed to them now.

Of course Hitler was himself another bad manager. He took on trying to get one area -- after another area -- into his regime, without consolidating control properly over the regions he had already claimed. He was only partly in control of an area, and then he moved out from there to take on the adjoining area.

And this was causing considerable chaos and lack of proper managing. And so people in a number of his "taken over" areas might find the markets are bare, there is no food, no medicine, no gas, no baby supplies, hospitals non-operational and so forth. So Hitler simply made millions of people live in a miserable, often squalid and disorganized state of existence. Of course that may explain why some devotees are attracted to his program, he spreads misery and chaos and they want to do the same.

Then again Hitler caused Russia to spread communism to a HUGE AREA of Eastern Europe that they would not have conquered otherwise. Yep, if there is one thing we need to see more of -- it's more ATHEISTIC communism! Not sure why that is a good result? Of course maybe hundreds of devotees have complained to PADA about the entire Hitler-anuga process, claiming that these folks are linking Krishna to Hitler to give Krishna a bad name. Agreed.

Meanwhile, I overheard some riders on the train recently talking about how Hitler was not only a bad manager, but a frightened child - like coward who died by suicide in a bunker, and he encouraged his wife to take cyanide to cause her own death. So he was not only a bad manager, but not even close to being a good warrior. Srila Prabhupada said the leaders who hide in a bunker while they cause their soldiers to die are using a demoniac process.

Of course this process also happens in ISKCON on another level. The leaders create total chaos, and then they just "bloop" out the door leaving a huge mess behind them. And this is the model we should all adopt? Lets make a huge mess, then -- leave -- like Hitler, or commit suicide like Hitler?

In any case, Mukunda's idea is what? That we should simply sit around in a bunker and not actually do anything ourselves? The other problem of course is, as soon as CHILDREN are liberated from mass abuse, abuse that is causing them to later on commit suicide, Mukunda's party is NOT in favor of LIBERATING these children from that process. So he wants other people to be liberated from the control of Britain, but he does not want KRISHNA'S children to be liberated from the control of an illicit sex with men, women and children guru's process. So he wants only certain groups to be liberated, but children, nope -- they get the boots in their faces treatment.

And some from their "children should not be liberated from abuse" group told me that children being abused and dying of suicide is necessary "collateral damage." Children are needed -- for cannon fodder? And Mukunda's top disciples like Pancali / Krishna Kirtan / Sanat / Prahlad / Janardan / HKC Jaipur agree, there is no need for PADA to help liberate children from abuse.

OK so what would be the benefit of having these people in charge, those who are advocating that crimes against children have to be allowed and PADA should not try to check that criminal process? And they vociferously defend the child abuse guru's regime and worse, promote its top leading spokesmen like Hari Sauri and Bhakta das, while even the police are amazed that these people do not even seem to realize, child abuse is a CRIMINAL OFFENSE.

The police ask me that from time to time, "Why don't these people even know that child abuse is a crime -- when everyone else does know"? Good question! So we need to replace the GBC, with the same people who worship Hitler and they block people from liberating children from abuse?

In any case, simply removing the bad guys has been done already -- and often -- in history, only to have them replaced with another set of bad guys, or worse bad guys. That is not going to help us. We need to make a functioning Prabhupadanuga's process first, then worry about storming the gates to take things over later. Hee hee! ys pd


Taking over is a good idea, but only if we can make things better.