[PADA: This is run by Jayapataka's people]

In a drug treatment center run by ISKCON followers, a patient died. There is a question about a criminal case.

A patient died in the drug treatment center in Vladivostok, another 30 stated that they were beaten and illegally held (PHOTO; 18+)

For several months, security forces and law enforcement agencies conducted a check of "Rastsvet". The result was a large-scale search: last week and on Friday, July 26th. When law enforcement agencies entered the center, some of the patients in prison there wept with happiness - that they were finally released and could return to their relatives. Following the results of all the events, 29 people wrote statements about forcible confinement and two about abduction.

One of the victims was found not in the center, but in a "thousand bed" hospital in Vladivostok. A man named Vasiliy jumped out of the center window in Nakhodka, trying to escape. However, in the process, he injured his leg and could not run away to the end. According to the patient, he was held in a rehabilitation center for two weeks, and only then was sent to the emergency room, where he was assigned to VKB No. 2.

However, representatives of the authorities were surprised that there was no record of the man’s admission to the hospital’s journal - an informed source told VL.ru. Why is the big question that the organs will deal with.

Inside the rehabilitation center on Solnechnaya, 22 in Nakhodka, they found signs with obscene inscriptions. As it turned out, patients were forced to walk in the center for disobedience, putting on signs with obscene inscriptions. Also, according to reports, people were beaten, including on the genitals, and the men were forced to change into women's clothing. The premises found many images of Krishna and religious literature.

According to the source, at the moment the issue of initiating criminal proceedings against the rehabilitation center and its head is being addressed under articles No. 126 (kidnapping) and part 2 No. 127 of the Criminal Code of the Russian Federation (unlawful deprivation of liberty with violence). VL.ru continues to monitor developments. 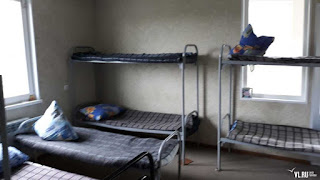 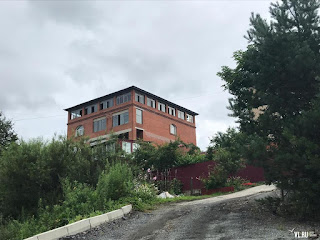 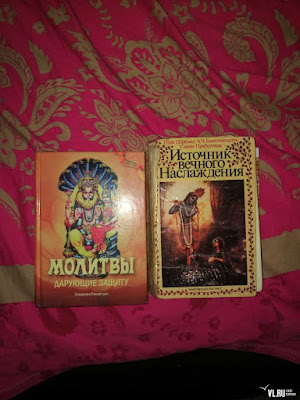 Anyone with more info:
Please send details and / or updates to PADA @
angel108b@yahoo.com