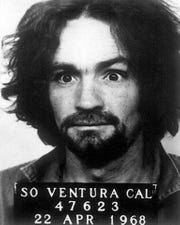 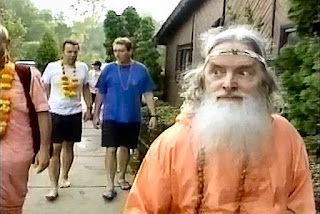 American based Foreign correspondent Ivor Davis, delivers a gripping, "I was there" eye witness, inside story about the most notorious murder spree of the 20th century. In "Manson Exposed: A Reporter's Fifty-Year Journey into Madness and Murder," Davis is the brutally honest guide to this true crime horror story.

In this mix of personal memoir, criticism, and investigative journalism, Davis delivers a truly original take on the byzantine case that terrified and mesmerized the nation, including his new conclusion that THE BEATLES DIDN'T MAKE THEM DO IT.

Davis was on the front lines of the story and offers vivid, personal accounts, interviews and hitherto unknown details from the very beginning right up to the death of the blue collar psycho named Charles Manson.

He charts the tragic inside stories not only of the those murdered but of the long list of Collateral Damage victims: the rock star, the Oscar winning director and the entertainment legends, whose lives were also destroyed by Charles Manson and his crackpot acolytes.

In fact the parallels are not only striking, but frighteningly similar.

At this point I don't think the GBC's guru's process is as dangerous as it was in 1986, but the idea that some of these GBC's gurus are "pure devotees" (like Jesus) is still being promoted in various ways. And thus there is at least some danger to a certain degree to challenge them. Hence various people still send me stuff saying "do not mention my name, I will face retaliation."

And we ourselves still get veiled threats from time to time from GBC guru's people -- saying we are "making offenses" and so forth. In fact even Dayalu Nitai's HKC Jaipur's thug Prahlad das admits he is working hand in glove with the molester guru program's goondas -- and he told me he wanted to help them have me offed. Of course Sulochan called these people "boot lickers of the butt busters." As with any dangerous fanatical regime, the first rattle out of the box is -- lets kill some folks! Made from the same mold? Apparently so.

And many innocent lives were ruined by the Manson program, and these GBC's people and their goons have ruined many innocent lives as well, its the same process. Yep, as soon as someone says, we should not be worshiping sexual predator deviants -- and / or other fools as Jesus-like messiahs, then their various goondas come out of the wood work to fight for their main cause in life. And according to this guy's Manson cult account, some of the Manson crowd never really have had remorse. And its almost the same thing we sometimes experience, far and few between folks actually apologize for supporting all this process, or fully admit how, when and where it went off the rails.

So there are maybe a few hold out people that still think they are authorized to use murders or violence to promote their bogus sexual predator's and criminal's "false Jesus" programs. Yep, and they are not too far away from being disciples of Charles Manson, agreed.

And thus some of our associates around the world also write to tell us how they are being banned, vilified, threatened and so forth, so the personality cult madness is still there to some extent -- but not as virulent as they were previously. Perhaps this is like Srila Prabhupada saying these type people are now "snakes without teeth" -- ok they can make a lot of hissing noise, but they haven't got the bite they had previously.

And yes, for the GBC to take the main helpers, advisors and lieutenants of Kirtanananda and make them the "next wave" of leaders (like Radhanath) looks very corrupt and complicit indeed. You are also correct, the book Monkey On A Stick has a sub-title, "Murder, Madness and the Hare Krishnas," and this book talks about "madness and murder." Yep, same identical theme. Anyway, there are a lot of parallels, absolutely right. So now you know what we were facing at the time when we challenged their regime. Thanks for the info! Very interesting indeed. ys pd]