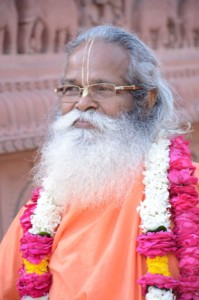 Recently Krishna Balarama swami said that all of the ISKCON leaders and gurus know they are fake.

He says, despite they know they are bogus and fake -- they cannot help themselves. Yes, my friend told me a GBC guru said to him, "hey what are we going to do now, drive a taxi cab? We have to stick with this guru thing because we have no social security or anything to support us, this is our career."

Yes, at the same time we were invited to a "Radhanath group" for some odd reason. And as soon as we asked, "why are Radhanath and his GBC pals burying a known sexual predator (Kirtanananda swami) in a samadhi in Vrndavana," they banned me from further comment.

Basically, they cannot explain their position, and never could.

This is very good news for us, it means we did the right thing in: Exposing these people in the public media; Consulting with the Federal Marshals / FBI folks to raid them; Helping them get sued for $400M -- and so on, because that is the only way we can make progress in countering their process. Its also interesting that Krishna Balarama swami says these ISKCON people will act real humble, but as soon as they speak, the poison comes out. And you can see it! Yep, really!

Haribol, I am so humble -- but don't forget to help us promote our sexual predator's samadhi process. Yep its poison. And KB swami says, they all know it, but they are stuck with the status quo, probably for economic reasons. And did we forget to mention Radhanath is well known to have been implicated in other dubious enterprises: 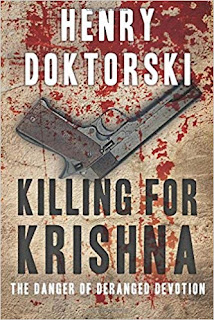 Anyway, this is all good news, it means more and more people are waking up to their bogus GBC guru program and they are speaking out more solidly nowadays. As for banning us, fine really, but its too little too late?

We had the same problem with the Sanat / Mukunda / Prahlad / Dayalu Nitai's HKC Jaipur folks. Lets attack PADA! And get people to listen to our shiksha guru hero, Radhanath lover's club leader Bhakta Dasa! OK great, and how is that working out for these folks? Sorry its not going anywhere, its "too little to late" to shut this GBC opposition process down.

Meanwhile our friends in New York complained to us that Ramabhadra has contested his removal in court again, so ISKCON still must pay $600 per hour for lawyers, and its all of us congregation who have to pay for all this nonsense. I said yes, and at the same time many ex-kulis are suffering from lack of facility, and others like us original devotees are old, sick and dying etc. but we are never given 600 cents of help.

So its all coming out very clear. And despite some disagreement we have with Krishna Balaram swami, on this issue he is right. They will act all humble, but as soon as they speak, the poison comes out. And you can see it, and so can most of the rest of the world. And certainly their poison speaking is known and seen by Krishna and His agents. ys pd

KB Swami should not take the post of guru himself: 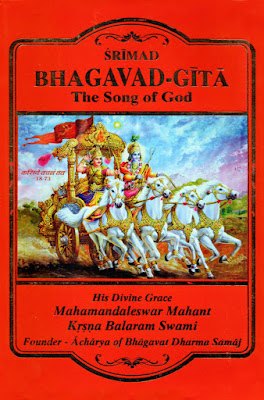 Of course we do not need another Founder Acharya either.