How Mahatma's Program Gets us Killed (PADA) 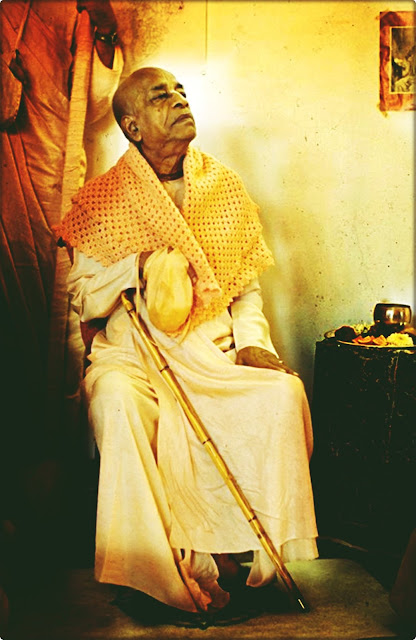 Deviants are not the "guru successors" of the acharyas

[PADA: Mahatma das says we should not criticize ISKCON. What is ISKCON? Mahatma's program has been saying that Krishna's and Srila Prabhupada's guru successors are often illicit sex debauchees, drunkards, gamblers, intoxicated fools etc. (and / or the persons "voted in" as acharyas by various deviants) and that is ISKCON? And we "should not criticize" a program where debauchees etc. are taking the place of our guru as his "guru successors"?

Saying that Krishna and Srila Prabhupada's guru successors are often debauchees is an attack on Srila Prabhupada and Krishna, aka ISKCON. The good news is, the police, FBI, media, courts -- and similar others -- protected us when Mahatma's "guru" process was busy banning, beating and suing us, if not sending us death threats -- if not having their people chasing us with baseball bats, if not -- killing us. Even a former GBC man told me he could not speak out at the GBC meeting or Jayapataka's people would "beat him with bamboo sticks," never mind what happens to us lesser peons.

Sulochana said that Mahatma's program is not advanced enough to worship a bucket of dog stools -- because a bucket of dog stools will not ban, beat, sue, molest and kill the Vaishnavas. Self evidently Sulochana is right, since the Mahatma program bans, beats, sues, molests, kills and even -- killed Sulochana. Mahatma says these problems are "mistakes." Nope, this is a highly coordinated and organized attack on anyone who objects to the Mahatma program of worship of debauchees as Krishna's successors and acharyas.

So this is the first problem. Anyone who says debauchees are not acharyas is "an offender" is "criticizing ISKCON," and so forth. That is how the Mahatma program got us devotees banned, beaten, molested, sued -- and killed in the first place. We were "criticizing ISKCON" and that is how they demonized us -- to get us beaten and killed, and Mahatma is still at it? You mean there has not been enough banning, beating, molesting, suing and murders from demonizing the critics, we should pour more gasoline on that program and -- keep it going? They do not have enough blood on their hands already?

And the cheer leaders of the GBC's bogus guru programs like Gaura Govinda Maharaja, Sridhara Maharaja and Narayan Maharaja also cannot be criticized because then we are "making offenses to pure devotees" and so on. That also gets people killed, and did get people killed after 1936 in the Gaudiya Matha.

The good news is -- Mahatma's program now says criticism of their molester messiah program is "rampant," heh heh heh, looks like we got a lot of allies on our side these days? And -- they cannot get rid of us anymore, we are already outside the institution. I hope someone reports Mahatma to the charity commission, his program of saying we are bogus for criticizing his illicit sex acharya's program has already got us people beaten and killed, and he is still pounding the drum for that process, after all the devastating results are recorded already?

Oh boo hoo, people are criticizing Mahatma's sexual predator's and / or sex with taxi driver's acharya's program, gimmee a kleenex already. Mahatma's program just buried his main sidekick Gunagrahi swami, their pornography watching messiah, in a samadhi in Vrndavana. Yep, the more a person is a deviant the more he deserves to be in a samadhi buried next to Goswamis and Srila Prabhupada in the dham. They are insulting Srila Prabhupada at every step, but that is not ISKCON. ys pd]