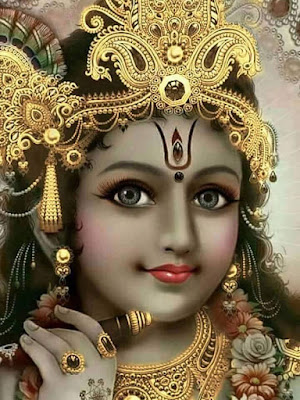 I can show to the non devotees / even devotees themselves, that in Kali-yuga all the professions / situations / surroundings will be very tough, challenging, risky, unfair, and fraught with all sorts of danger, but just as Sri Arjuna could become perfectly Krishna conscious in the middle of ghastly warfare, we all can also become perfectly Krishna conscious in any condition. No matter what profession or condition of life Krishna has placed us, just hear the messages of Bhagavad-Gita & Srimad Bhagavatam on a daily basis in a humble and submissive way, chant the Holy names, and work hard on behalf of the Lord.

Preaching others is the job of qualified devotees with real Brahmana qualifications and I don't have Brahmanical qualifications. I have got more a Kshatriya mindset. I have observed when we ask regular people on the street to chant the Hare Krishna mahamantra with us, very few mature, intelligent and genuine souls are interested. Instead, many persons who are already suffering from some sort of inability to provide for themselves, or mental dysfunction, emotional trauma, or just plain lazy & insincere fellows are easily interested and mesmerized.

Many persons think that they can hide behind this nice philosophy and use it to mask their emotional problems & lethargic mentality, and exploit the religion for self interested reasons. They are thinking, "Oh! wow, this is fun, just chant, eat, do nothing, and feel good about yourself." Unfortunately, when the masses see all these unqualified, disturbed & lazy fellows chanting Hare Krishna maha mantra, and they are still doing all sorts of nonsense, the masses are unable to believe in the most perfect path of Krishna consciousness. Krishna consciousness is meant for the intelligent class of people.

Therefore, the intelligent class, scholarly class, brahmana minded class, and leaders of this world, they are not going to become devotees, because devotees have to become the mature and pure minded leaders of this world. How glorious would it be to see Vaisnavas as Presidents, Prime-ministers, IT managers, top physicians, top lawyers, top musicians, business tycoons, software developers, sportsmen, musicians, etc. in every country. That will not happen, except maybe in small scale or very rare cases, with the current program of exploiting, mis-managing and mis-representing the religion, and attracting like minded exploiters of that mission.

[PADA: Yes, that is a good realization. Many "low class" people become artificial gurus and leaders. And then they attract same or worse as their followers, and then the whole process goes into exploiting, bad management and bad publicity. And this gives God and religion a bad name.

And right now the Krishna religion looks very bad because the management has been bad, and this is known to the public media even. And the compromised followers for the most part acquiesced and allowed the bad managers to hi-jack the religion, or at least without much protest. So the whole thing deteriorates and this makes it harder for us to try to pick up the pieces. This also happened in the post-1936 Gaudiya Matha, there were guru scandals, sexual predator swamis, dissenters beaten and murdered, bad media coverage, lawsuits, edited books, and so on, and that also severely hampered their mission.

And the ISKCON leaders simply followed that model example and attempted the same deity showing business process. Unfortunately, those engaged in this guru business are "destined for the most obnoxious regions of the universe." It seems to paying them well in this life, but the pay, or really payback, is absolutely horrendous in the next.