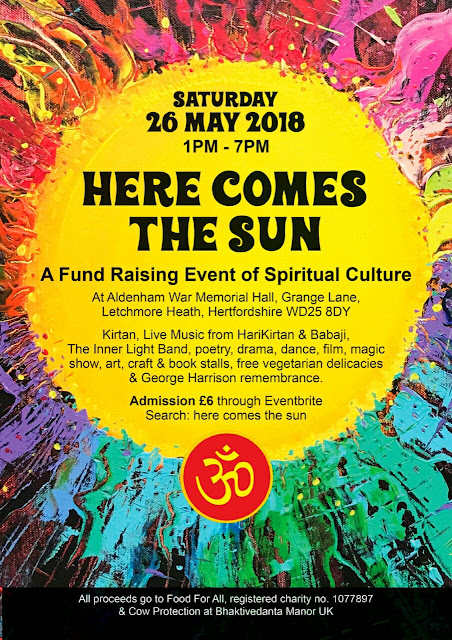 [PADA: Maybe some of the UK ritviks can attend and help spread the word. Yes, some "Food For Life" people in other countries complained to PADA some time ago -- they have to fund their own program, and ISKCON does not support them. Then later, sometimes ISKCON GBC types try to advertise that this is their program.

They are trying to take credit for a program they are not funding or helping?

Some folks have criticized that distributing Krishna prasad is "mundane welfare work," ok well maybe the Krishna religion folks overall should try to engage in some "mundane welfare work" to boost the image of the religion, which isn't that great these days. At the same time we encourage people to make their own independent charities, funding and programs etc.

We cannot rely on using the official ISKCON names and titles at this stage because for starters, we cannot work with their leaders and their "mundane gurus" agenda. Some of these food for life people are also doing harinama and other programs in UK as well, very good! ys pd]