This video is a hoot! 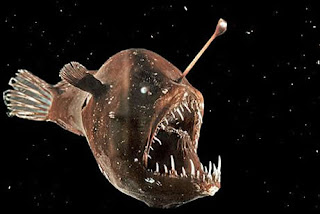 
[PADA: The list of previously unidentified GBC guru species keeps growing. We have previously had:

AND SO ON, there are are thousands of more new species here, ad infinitum!

And NONE of these previously unknown guru species are found in Srila Prabhupada's books! And now we have, the "not accepting disciples" guru(s). OK what is that exactly? Apparently, its a scam so these people can still accept "donations from disciples" even after they have left the official GBC guru process. Yes, even after your guru ker-bloops back into the material world, he can still get money from disciples because, ok did we forget to mention this is a GURU BUSINESS!

Is this just like Satsvarupa was advertised by one of his followers as:

Emeritus: (of the former holder of an office, especially a college professor) having retired but allowed to retain their title as an honor. "Emeritus professor of microbiology." Right, but a retired Professor is a person who did the job properly, therefore he still deserves the title of respect? These deviated people promoted themselves as KRISHNA'S GURU SUCCESSORS, and they still deserve that title, after all of the banning, beating, molesting, lawsuits and murders their program generated? 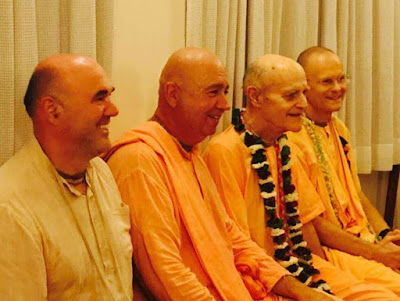 Yep, Gunagrahi is still one of the good ole boys!

And while Gunagrahi and his pal Mahatma das (GBC guru) have been sitting around saying porno swamis are sometimes in the parampara, meanwhile "dissenters" (like us) are being banned, beaten and killed. And children are being abused, and there are various lawsuits, bad media, and so many other problems cropping up left, right and center, we cannot list them herein. So, the people who created this odious imbroglio are on some sort of permanent retirement payroll benefits system, complete with STILL HOLDING the titles of God's successor gurus and messiahs, like a retired congressman can still be addressed with that title?

OK except, the congressman did something beneficial to get rewarded, whereas these guys ruined ISKCON and bankrupted it, then -- they still get a big title, and financial benefits reward? Wow! They get to keep the title of parampara member / guru? Why! We cannot even print the cursing that various of the victims, like some ex-gurukulis, have had to say about these guru guys, who were eating giant feasts while these children were being fed rotten oatmeal etc. 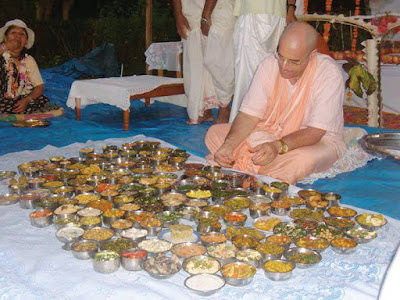 Let me eat! OK fine! Oooops!
What happened to the kids eating program? 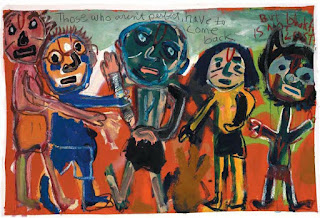 What planet is being shown in Satsvarupa's art?

Sorry, this art is not the work of "a resident of Vaikuntha" (!)

[PADA: And, why does Srila Prabhupada say we neophytes cannot become diksha gurus and absorb sins, in any event? That would mean none of these people should be on any diksha guru list, period. 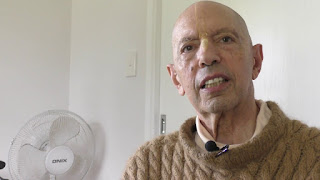 Wait a minute? Didn't Nandini say Mukunda swami was covering up all sorts of complaints that came into his "ISKCON World Review"?, -- which in turn lead to all sorts of deviations if not crimes to flood ISKCON? And according to Nandini, the reason he covered things up is, "I have a career to protect." And so now he has been given an apparently unlimited medical and care treatment expense account, because we need to reward the people who co-created the deviant's infrastructure? And we need to give Gunagrahi, Jayapataka, and similar other leaders of the deviant guru process -- medical and care expense accounts too?

And lets not forget we need to care for many other leaders of the molester messiah's program like Bhavananda, Hari Sauri and similar others? And since Lokanath was caught abusing a young girl, he too is on the list of "Krishna's guru successors"? And many of these folks are gurus because, they had to be collectively sued for $400,000,000 for orchestrating mass child abuse?

Yes, we leaders (either individually or collectively) covered up the process of banning, beating, molesting, suing, murder of dissenters -- and unlimited other crimes, so we could later on milk the society for our personal retirement expense? Yep! And that proves -- I am God's successor, emeritus. Really! This is all word jugglery meant to keep the regime afloat, that's all. Hee hee. ys pd]

This list only gives the names of gurus currently approved and accepting disciples, but aspiring disciples are not limited to this list in their search for a guru. Devotees in ISKCON are free to approach any ISKCON devotee in good standing for initiation, whether or not they are on this list, with the following provisos:

Rupanuga was another one of the 1986 guru reformers. Wow, he thinks the guru is a deviant / criminal who needs to go to reform school / jail! Yep, and who is going to fix Krishna's shaksat hari tvena messiahs when they break down into illicit sex with men, women and children, or crimes? We know! Mr. Rupanuga and his mobile guru fix-it mechanic's shop!