Bhakti Caru Swami: Srila Prabhupada Did not Appoint A Successor

PADA: Every now and then one of the GBC's gurus says something nice, for example that every person in ISKCON should accept Srila Prabhupada as their guru. And more importantly, all of the leaders are "representatives" of Srila Prabhupada. OK basically this is the ritvik idea. NOTICE! BCS admits that no successors were ever appointed, so how did BCS and all these other GBC folks become the guru successors? Didn't they self-appoint themselves (as happened in the Gaudia Matha)?

And moreover, failing to recognize this point of uniting under the acharya is making ISKCON more splintered and fractured. Therefore, the only thing that will hold ISKCON together is -- to unite under the principle of accepting Srila Prabhupada as the acharya. OK, begs the question, why did they fracture the movement in the first place?

All of this "Srila Prabhupada is so wonderful" sounds great, but its not being implemented factually. Instead, we keep finding Bhakti Caru Swami is encouraging bogus guru's people like Jayapataka, the founder father of the illicit sex acharya's program.

It seems Bhakti Caru Swami wants it both ways?

And worse, BCS is still conducting his own Vyasa Poojas and so forth. Why does BCS think he is equals with Vyasadeva, and he should therefore be worshiped as such? And why does BCS help the GBC guru program of having other Vyasa Poojas for the other members of the GBC's illicit sex and debauchee acharya's process -- now going on throughout modern ISKCON? The only good news is, they know they are responsible for fragmenting ISKCON, and causing it not to be united. Of course, who wants to unite under the principle of worship of an illicit sex acharya's club?

Did we forget to mention that BCS encouraging neophytes to absorb sins as diksha gurus is causing his brothers to get sick, fall down -- and die prematurely -- because Srila Prabhupada says we neophytes cannot be diksha gurus and absorb sins? Anyway, this is both good news, and bad news. The good news? He knows what is right, and he preaches that from time to time. The bad news? He never makes a concrete proposal for how to implement the Prabhupadanuga process. OK never mind, we will do that for him. ys pd 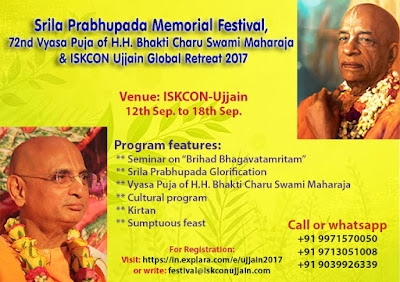 All glories to the successors to Srila Vyasadeva,
Srila Prabhupada --
and ME!


Wow! How humble is that? 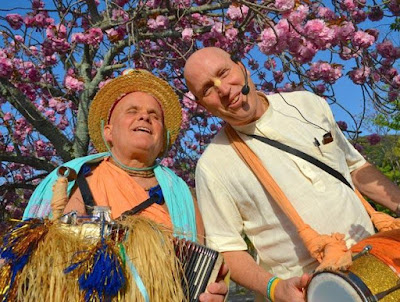 And why has BCS allowed this process to go on for so long without making a major protest a long time ago?