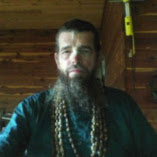 KAILASH CHANDRA: ". .. And I say Franco that kirtanananda is wrong and you are right when you say that the movement will come to nothing if I'm not satisfied with your actions." Letter to damodar, 13-10-67 from Calcutta (emphasis added)

[PADA: Kailash has himself come down to being "a nothing and a nobody" because he says exactly what Kirtanananda has been saying, that we need to worship a "living person" because Srila Prabhupada is the posthumous, post samadhi, post mortem, previous and past acharya. Thus! We need to worship the living person. Technically this is called "vapuh-vada," or the worship of a live body.

Except PADA and others have exposed Kailash's "living gurus" so badly, Kailash and his folks can NO LONGER even give us the name of their living gurus anymore, because ALL of their live gurus have been shamed so badly. So Kailash / Ajit / Torben / Rocana have simply become the parrot disciples of Kirtanananda, who have all declared that pure devotees are post mortem dead folks. Why do these people always parrot Kirtanananda, that we need to worship a living person because Srila Prabhupada is posthumous? That means their guru is Kirtanananda! Yep, as soon as Kirtanananda says something, they are licking his boots and repeating it!

They cannot even identify the person they claim they worship as their living person, and they never will because we all know they are giant bluffers. So they are essentially saying we need to worship no one, who is no where, who has no books, no temples, no devotees, no deity, no existence, other than in their imaginations. Why can't they even identify "who" is the person they want us to worship instead of Srila Prabhupada? Or Jesus?

Worship of Srila Prabhupada is bogus Christianity, that is what Ravindra Swarupa / Kirtanananda and other GBC's have said as well. Why have they surrendered to repeating the leaders of the bogus messiahs project? And why is worship of Jesus a bogus process, when Srila Prabhupada says he is a pure devotee of God?

Meanwhile, Kailash allegedly lives in Moab Utah, which is exclusively a Christian town, there are no Krishna temples there. So Kailash says the Christians are all bogus, and then he surrenders to living in the Christian's society? If association with the worship of the post mortem Jesus is "contamination," why is Kailash associated with them 24/7 full time and all the time? Why doesn't Kailash live with the devotees, and he chooses to live as a sort of hermit -- with the Christians.

Again! And exactly what is wrong with worshiping a pure devotee like Jesus anyway? Why is Kailash living with the Christians, meanwhile saying they are deviants, fools, rascals and "contamination" because they worship the "post mortem dead person," aka Jesus? Why is he not living where his living guru lives? Or does he even have a living guru?]

"There are schools, for example, or systems, which, although they don't make it in this way, they are actually based on a fake personality and in fight against consciousness. Such work should certainly produce erroneous results. In the beginning it will create a certain kind of strength, but will the development of higher consciousness an impossibility." - ounspensky"

" the vision of Christ '

What you see
It's the greatest
Enemy of my vision. 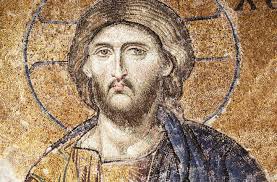 The vision of Christ is: The greatest enemy of my vision?

The vision of Jesus is our greatest enemy? Well that is exactly what Beelzebub says! Why are they on the same page as Beelzebub? And why is Rocana also promoting this Kailash guy's program? Again, Torben and Ajit ALSO live in a Christian country, why are they promoting people who are saying worship of the pure devotee Jesus is "the enemy of my vision"?

You say that the manufactured called "ISKCON MOVEMENT" is still going strong and growing despite so many deviations that supposedly have now come and gone.

[PADA: Kailash and Rocana have been the biggest promoters of this living guru deviation?]

I say that you're completely confused in this assessment. You say that the neo-Gaudiya Matt is even, in some way or another, representing Srila Prabhupada in such a way that his devotees will soon be joining him in the spirit world. I say that you need to check your premises. You say that the rittviks are a real group and bringing so many devotees to krishna consciousness which would otherwise not unite, and I say that the apasiddhanta rittvik is nothing more than baked on "Christianity" with a look that almost covering her east. .

[PADA: The living guru idea comes from the Gaudiya Matha. And worship of the acharya is apa-siddhanta? What is the correct siddhanta then?]

There can be no unity where there is compromise. The many and various factions that have developed over the years, and they are working at cross-purposes. The result of this bad turn of events is that what was meant was the hare krishna movement of krishna consciousness is being driven into the crapper.

[PADA: Kailash and his bogus living gurus program is what drove the movement into the crapper?]

We must develop a negative attitude towards healthy moment forward inauspicioso. Rolling around in a hope against hope for "UNITY" is not useful for the development of consciousness of krishna in this time. Only when the leaders of the various factions become honest (honest), Serious, most scholars, and more afortundados they wake up and understand that the only way to get out of this dance of death is to get back to you honest.

(the unforgivable, by kailasa
Chandra Das)

[PADA: Kailash and his disciples like Ajit and Torben cannot even identify who their living guru is? They are not only dishonest, Srila Prabhupada says people who cannot name their guru are MAYAVADAS (atheists). First of all we have to ask, why cannot Rocana / Kailash / Torben / Ajit even name their living guru?

Because! This is all bluff, we have to worship a living guru, yet we cannot mention who he is? But! We do know for sure that the worship of Jesus and Prabhupada is "the enemy." No wonder these guys have had to surrender to the Christian culture in Moab, the Christians at least CAN identify their guru, and so the Moab Christians at least have a society. Kailash has nothing. 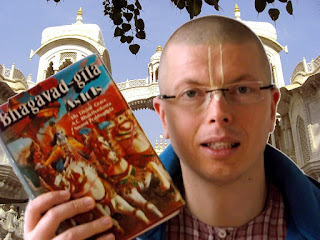 [PADA: We cannot change the Gita, but we have to worship the people who are giving Jayadvaita millions of dollars to print his bogus books as our "living gurus"? And we need to promote the people who think Jesus is the enemy of our vision?] 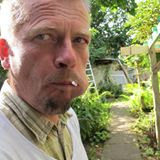 [PADA: Torben Nielsen, he says we all need to listen to Kailash Chandra, so we can learn that the vision of Jesus is our enemy?]

[PADA: Meanwhile, the Prahlad / Dayalu Nitai HKC Jaipur folks have sent all sorts of articles condemning our Prabhupada worship program as "liars and offenders" to the Torben and Ajit program, to help them "defeat PADA" i.e. to stop people from the worship of pure devotees. And they have also sent them articles that Bangalore is also bad, again, anyone who worships Srila Prabhupada is bogus.

Why do we need to assist the people who are against our worship of pure devotees process so they can "defeat" that process? Isn't that what Kirtanananda would have wanted? Lets "defeat PADA," and help people follow the idea that the vision of pure devotees is our enemy? Why are these guys always giving ammunition to the people who are totally against the worship of Srila Prabhupada?

Of course, the people these guys make into their allies are not only anti-Prabhupada but also anti-Jesus for that matter? We need to join forces with -- and aid and assist -- the people who are declaring that the acharyas are post mortem dead guys? We need to assist the people who think the vision of Jesus is -- our enemy? Why have the Prahlad and these HKC folks become the hand maidens of this agenda?

These folks also claim they are on the side of worship of Srila Prabhupada, but then they are always attacking anyone who actually promotes Srila Prabhupada, simultaneously, they are sending ammunition to the anti-Prabhupada and anti-Jesus program. Why on earth do they feel the need to help the program that says the vision of pure devotees is our enemy?

Can you guys try to make up your minds here? Either PADA is right, or these guys are right, you cannot be on both sides at the same time? So, why are you helping the anti-Prabhupada and anti-Jesus folks all the time? Lets defeat PADA and help Beelzebub!

Anyway! We are not too worried, the worship of Krishna is spontaneously flowing like a river to the ocean, and the same goes for worship of HIS pure devotees. People are attracted to the worship of Jesus and Prabhupada without our help in many cases, most people just want to do that spontaneously.

All we need to do is assist by paddling down river with the spontaneous flow ourselves. And then Krishna will do the rest, and He is doing the rest, He is wiping these guys out gradually. How many people favor the live guru process these days? How many people want to move to Moab and surrender to the anti-Jesus Kailash program? OK, not too many folks are packing up their bags to go there! How many people want to worship Jesus and Prabhupada? Lots! Even the people in Moab (except Kailash of course) all want to worship Krishna's pure devotees like Jesus. Time is on our side, big time!
ys pd]
Posted by krishna1008 at 4:10 PM