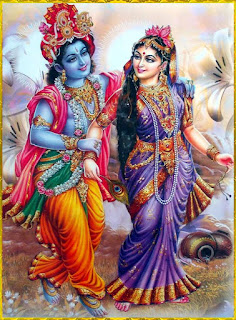 No room in ISKCON for -- the women?

[PADA: We heard that the "new" GBC of India (ok same old boys club) will now be forbidding women from singing, doing pooja, giving classes and etc in their temples. Of course if you are a nice ex-sexual predator male like Bhavananda, they will give you a big room, big position, financial or other compensations, and etc.

This is sure to alienate even more people from ISKCON! Of course trying to rebuild ISKCON from Radhanath's Chowpatty is not PADA's idea of a fresh start. Really though, they are getting very desperate if they have to slam down on women to "maintain control"! Did we forget to mention women are not the problem, the problem is a bunch of so-called GBC "gurus" who have been anti-women, anti-children, anti-family and pro-sexual deviant acharyas. If anyone has more details of this "new policy" please send to angel108b@yahoo.com. ys pd]

******* Dasi: I have to speak publicly about something I am taking very personally. I am devastated to hear that one of ISKCON's nicest lady kirtana singers has not been allowed to sing the Nrisimhadev Prayers in the Temple Room of the ISKCON Chowpatty Temple, because she is a woman, and women are not being allowed to sing now all of a sudden in other GBC temples.
She is a woman ...and child of Srila Prabhupada's international society, veteran of the first Dallas Gurukula class, a classical singer who has sang around the world to thousands of people in dozens of countries world-wide, amongst acclaimed (male) Indian classical singers & musicians, in the ancient Goswami Temple of RadhaRaman, Vrindavan and the list goes on. She has brought people to tears with her voice of devotion.

Now that she is in tears, and she is not being given a place to pray in her way. Srila Prabhupada was so proud to have Yamuna Devi sing in India. Do women need to be dead before we elevate them? or give them the time of day?

I am heart-broken to hear a dear friend cry with courage. And I am personally heart-broken because I had experienced such a nice mood at that temple and it gave me hope in the future of ISKCON. My inner-child, idealist was thrilled to be treated sweetly by gentlemen brahmacharis, etc. But this is unbearable news & I have to speak publicly about it.

We should take it personally, because it's about personalism.
Posted by krishna1008 at 10:25 AM