Wake up call in Sridham Mayapura 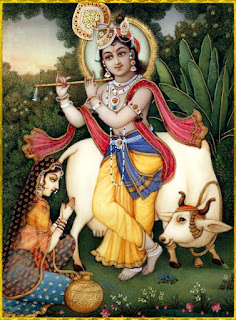 The spiritual master is as pure as Krishna

From a devotee now living in Sridham Mayapura:

HE WARNED US ABOUT THE FALL DOWN OF HIS DISCIPLES, WHO HAVE TODAY BROUGHT ISKCON TO RUINATION!
This picture shows our eternal spiritual master Srila Prabhupada in a light mood, probably in a "facepalm" moment where he was dealing with some ISKCON crisis, something he must be doing right now to see the the depths to wish ISKCON has fallen to (and continues to do so) even after he had warned us so much.
Srila A.C. Bhaktivedanta Swami Prabhupada had often predicted the spiritual fall down of many or even most of his disciples, as evident from this quote below, and that's why he established the system of initiation in ISKCON via rtvk priests :-
“Actually I have not given any of you sanyasa. But I am in a war with Maya, the material energy, and I need leaders. It is called in wartime ‘battlefield commission.’ There are no qualified leaders, but someone has to lead the charge. So you take every fifth man, ‘You are now lieutenant of the squad.’ He is really a private, but we make him lieutenant for the day and he leads the charge. It is to be understood that you are not sufficiently equipped for this fight and most of you will go down.”
(Srila Prabhupāda Conversation, 1st July 1976, New York).
All glories to our eternal spiritual master Srila A.C. Bhaktivedanta Swami Prabhupada!

[PADA: If they are going to "fall down from sannyasa," then they are certainly going to "fall down from the false acharya platform." Anyway, this is MORE good news. Yes, more and more people are saying Srila Prabhupada is their guru, and these cheezy GBC guys are NOT their gurus. Our idea is catching on all over the place, even in the holy dham. Satyam eva jayate! ys pd]