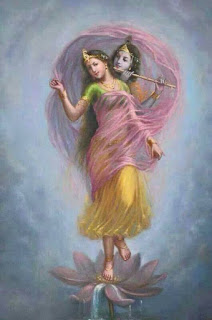 I Hope We Have A Change of Heart


I'm glad to see that devotees are talking more lately about who can be guru's in ISKCON. In the past this has been lacking and full of misinformation and fault finding. In order to come to a correct conclusion we must have a change in heart and an open mind and consider the matter with our intelligence free from false ego.

"A sincere student should not neglect the discussion of such conclusions, considering them controversial, for such discussions strengthen the mind. Thus one's mind becomes attached to Śrī Kṛṣṇa." (CC Ādi 2.117)
Purport ..."To create such a change of heart, conclusive discussion about Śrī Kṛṣṇa and His potencies is absolutely necessary."...

The first thing we need to consider is what did Srila Prabhupada say about initiations specifically after his physical departure. I was personally serving Srila Prabhupada in 1977 when he went to Vrindavan to leave his body as he himself said. What he said then is most important. There are quotes that go both ways as to who can be a spiritual master and what the qualifications are. So each side picks out their verses to support their personal opinions. Some even criticize others that are of a different opinion.

We should consider the quotes in chronological order to come up with the proper conclusion. The last instructions Srila Prabhupada gave as I heard them was to initiate on his behalf after his departure. This statement is confirmed on tape and in writing on May 28th 1977, July 7th 1977 and July 9th 1977 in a policy letter addressed to all GBC's and temple presidents.

There is a lot of confusion as to the end of that conversation but it is cleared up later on July 7th 1977 where Srila Prabhupada confirms all the devotees initiated are still his disciples. That is in writing in the July 9th 1977 letter.

When I was serving Srila Prabhupada then and there in Vrindavan in those last days I got electrocuted and almost died. I got shocked by an extension cord and melted like a candle to the ground right in front of Srila Prabhupada. Everything went black as I fell. They said I was unconscious for two hours and my heart even stopped.

Premana Swami kept massaging my chest until I came back. After I recovered Srila Prabhupada called me in and asked me if I was alright. I replied I was although I was quite embarrassed. Then he said, "So you should take this as a good lesson that death can come at any moment and you should always be ready." I thanked Srila Prabhupada for his kind compassion and offered my obeisance's.

I have often wondered why I was brought back. After all I was still a nistiki brahmachari in the service of Srila Prabhupada in Sri Vrindavan Dham! I would of went back to Godhead! No more guru debates! I feel I was saved to keep what Srila Prabhupada said alive. It was unheard of and covered up for so many years until 1989 when the Vedic Village Review published my letter about what Srila Prabhupada said in those last days. Now more devotees are understanding the facts and hopefully all the devotees concerned, which is all of us, especially the new, will have a change in heart and accept Srila Prabhupada for what he is, the Siksa and Diksa delivering guru of all of us.

We must all respect each other as Siksa gurus and representatives of Srila Prabhupada. Anyone who doesn't want to follow Srila Prabhupada's initiation system can only be a guru in their own organizations just as Srila Prabhupada left the guru torn Gaudiya Math to form his own mission, ISKCON.

I hope we have a change of heart with cool headed communication and cooperation. That will please Srila Prabhupada and our sweet Lord. Let's stop the battles and win the war for Srila Prabhupada. I want to feel tears of joy to see my dream come true and see ISKCON become the best it can be under the shelter of his lotus like feet. Thank you for your kind consideration.
All glories to Srila Prabhupada!
'On My Behalf'

Hoping this meets you well,
Your servant,
Gauridasa Pandita Dasa