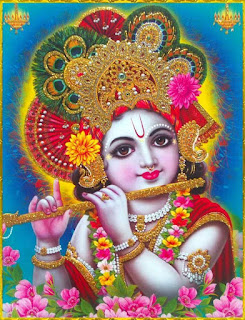 Leaders from across the United States and Canada met at the ISKCON temple in Houston Texas for three days of annual meetings. Many of the more than sixty temple presidents and GBCs attending this year’s ISKCON North American Leaders Meetings called the event “the best ever.” This was largely owing to the upbeat mood brought about by ISKCON’s 50th anniversary, increasing book distribution successes, and the inspiring association at the meetings.

“It was very, very positive and full of proactive presentations,” says GBC and ISKCON Communications Director Anuttama Das. “The focus was on how so many wonderful things have been accomplished over the past fifty years, and yet there’s so much more to do to try to expand Prabhupada’s movement and fulfill his vision.” 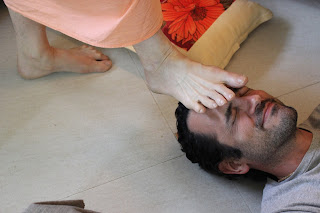 Anuttama's "vision for ISKCON" is --
to have more of his gurus stepping on the faces of their disciples? Where do I sign up?

The meetings, which were held from January 14th to 16th and were the first to take place at the newly opened mandir in Houston, Texas, began with a keynote address by academic and author Yogesvara Das (Joshua M. Greene).

Yogesvara spoke about his work in presenting Krishna consciousness to the broader communities of yoga practitioners and spiritual seekers. He also introduced his new book “Swami in a Strange Land: How Krishna Came to the West,” a new biography of Srila Prabhupada aimed at a broad general audience and due out on May 23rd this year.

Anuttama also displayed a commemorative full-color magazine entitled “Hare Krishnas Celebrate 50 Years,” which was packed with impressive statistics and information about the Hare Krishna Movement. North American Leaders ordered over 50,000 copies on the spot to distribute to their congregations and the general public.

Speaking on a very hot topic in ISKCON currently, Kalakantha Das of the Gainesville Krishna House in Florida made a presentation in favor of women Diksa gurus in ISKCON. Kalakantha, who heads up a very successful student outreach program, made the case that ISKCON’s efforts are suffering in North America because educated young people like Krishna consciousness but dislike ISKCON because of what they perceive as its demeaning attitude towards women – characterized by the lack of female initiating gurus.

Kalakantha presented some of the arguments by GBC members and godbrothers against having female gurus, and then countered them with pro-arguments. He also showed a video featuring quotes from Srila Prabhupada and comments by Ravindra Svarupa Das, Visakha Dasi, Dr. Abhisekh Gosh, Dr. Larry Shin, and himself.

[PADA: There are a number of folks "in favor of making women into ISKCON gurus," which begs the question, who authorizes the GBC to "make" any gurus, either male or female? Not sure where Srila Prabhupada said, "Henceforward, ye shall make the parampara of gurus by a 2/3 show of hands vote." And if the men are going down in scandals -- as alleged gurus, why would the women fare any better?

Meanwhile, the Hrdayananda controversy is reviving the idea that the GBC are "the ultimate managerial authorities," OK so they are going to "make" gurus by a vote, and then these gurus are going to be "managed" by a council? Also by voting? Which previous acharyas were managed by a Governing Council?

Sorry! Women do not like current ISKCON policies because families, women and children are being marginalized in favor of a small clique of men who are hogging the resources. For that matter the ex-kulis are also feeling marginalized to a large extent.]

The presentation ended with a straw vote. Out of fifty-five temple presidents and leaders, thirty-nine, or 71% voted in favor of Vaishnavi gurus, nine, or 16%, were neutral, and only seven, or 13%, voted against. The results of the vote will be shown to the GBC’s executive committee.

Sorry, "making" a bunch of women gurus by 2/3 show of hands votes -- will simply decrease the credibility of the ISKCON managers all the more. The GBC simply has no authority to vote in acharyas, especially since their track record in making so many failed messiahs is -- awful, its that simple. They ALREADY have no credibility by making so many failed men gurus, they will not increase their credibility making a pile of women gurus.] 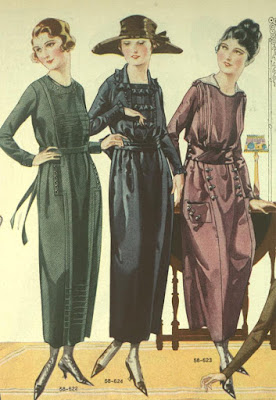 Waiting for the right to be voted as gurus?

Another well-received presentation was businessman Gopal Bhatta Dasa’s Friday morning session on marketing and online presence. While ISKCON has wonderful gifts to give like its spiritual knowledge and culture, he said, there is certainly room for improvement in how it presents these to people. Gopal Bhatta Das leads a session on marketing and a new ISKCON online initiative.

“He talked about how to speak in such a way that people can appreciate it, and how to design our programs so that they attract diverse enthnicities, genders and age groups,” recalls Anuttama.

Gopal Bhatta also spoke about how ISKCON is somewhat behind the times online, and laid out ideas for putting together a small team with marketing and website design expertise that could help temples improve their Internet presence.

[PADA: Hee hee. We have been way ahead of them in having a web presence.]

Other topics at the meetings included Deity worship, devotee care, membership, ethics, leader's sexual misconduct, and a presentation on “Surviving an Active Shooter” by the Houston Police Department. Sharing best practices through these topics was a major benefit for the leaders.

[PADA: Oh here we go again, the acharya's are engaged in "sexual misconduct."]

The meetings also included “Sanga sessions” led by Washington D.C. temple president Ananda Vrindavana Dasi, in which leaders got a sense of their shared work together in Krishna consciousness.

“The meetings were definitely inspiring for me,” says Mukhya. “It’s inspiring to hear the successes of other temples, and I like coming away feeling fired up. Sometimes things are just moving along day to day, and we get a bit lackadaisical. But really we should be improving all the time!”