Madhu Pandit Dasa, Chairman of The Akshaya Patra Foundation and President of ISKCON Bangalore has been awarded the prestigious Padma Shri. The award has been conferred in recognition of the distinguished service rendered by Akshaya Patra for the children of India.

As reported in the Mathura / Vrndavana newspapers -- 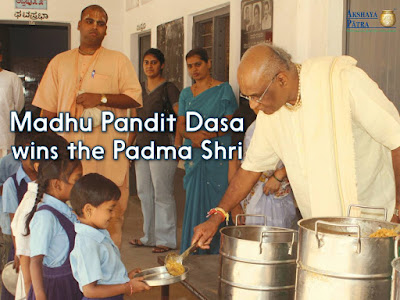 [PADA: Goody, at least some devotees are giving Krishna and Srila Prabhupada a good name. Its well overdue. Nice!

We have duly noted some of the various critics of this program, and it appears to us that most of these critics are unable to start a program to feed two stray cats daily, much less feed over a million children daily. ys pd] 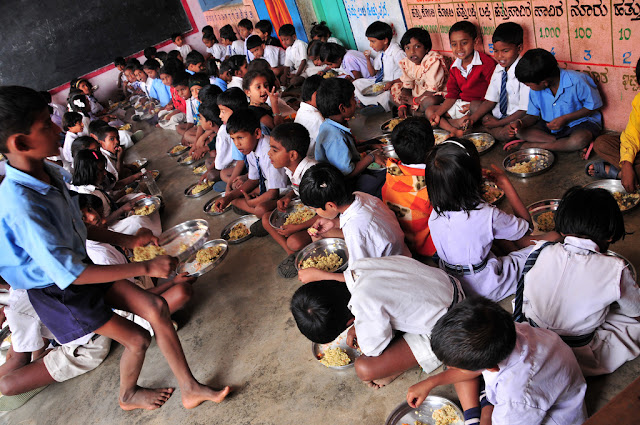