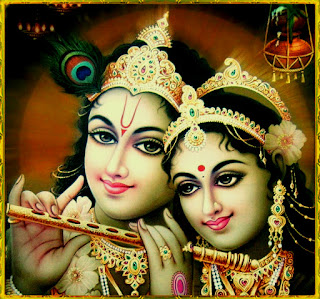 Their representatives -- must be authorized

"Although we greatly appreciate Purnaprajna's rebuttal to Hridayananda regarding the disrobing of Draupadi, we wonder if both these scholars have forgotten that our primary authority is Srila Prabhupada, for neither has cited him in their articles. In bypassing the words of Srila Prabhupada as primary evidence in the debate and instead referencing other authorities, are we not guilty of jumping over the head of our guru? At what point did Srila Prabhupada's words, particularly his Srimad Bhagavatam purports, begin to carry less authority than a sanskrit verse?"

You wonder if I along with Hridayananda das Goswami (HdG) have forgotten that Srila Prabhupada is our first and primary authority. To answer you - No I definitely have not. I mention Srila Prabhupada in the first paragraph "that he contradicted the teachings of the purva acaryas including Srila Prabhupada."

And the first footnote in my article links to a page that includes quotes from Srila Prabhupada. But HdG already knows what Srila Prabhupada and other acaryas have said, but he rejects them as his authority, so it would be redundant to present as proof what he already has rejected – his own guru.

[PADA: First of all, the GBC "appoints" a person as their guru, and then their guru self-evidently does not accept the teachings of Srila Prabhupada, and the GBC fails to take action to correct this problem. If a person who was a cleric in the Christian church said he no longer accepted the teachings of Jesus, or he thought these teachings were fictional, he would be booted out the next day.

Then Rocana and his clones like Torben Nielsen, Ajit Krishna et al. are saying we simply need to clamp down and enforce better GBC committee's rules for "controlling" their doubting, wayward and even illicit sex acharyas. They think the whole problem is -- we need to upgrade the laws, regulations and enforcement control group that "manages" their wayward acharyas. The acharya is "managed by a committee"? Where do they find this in the Vedas?

Wait a minute, God's successors are usually deviants, and therefore, we need to fix the enforcement rules to correct their deviations. Why does Rocana, Torben Nielsen, Ajit Krishna and the assembled GBC clown car program assume that God's successors are usually deviants -- in the first place? That means they are still all disciples of Harikesh swami, because that is what he says, acharyas are often deviants and they need to be reigned in by their committee. Ooops, same committee that voted in deviants as their acharyas?

That means, their wayward and deviant acharyas are not the problem, but having tighter controls on these wayward acharyas is the problem. OK so if they give Badrinarayan "maharaja," Ravindra swarupa das, Romapada swami etc. a new set of "rules for controlling the acharyas" that is going to fix everything?

These guys have no idea what an acharya is, actual acharyas do not deviate, acharyas do not declare that the Vedas are fiction, and so forth, thus acharyas never need to be fixed and repaired by the legislation of a committee. Yes all of them, Rocana, the GBC, Torben Nielsen, Ajit Krishna, the bogus Gaudiya Matha, they all think their job is to mass produce false acharyas and then "fix and repair" their bogus acharyas when they break down. Sorry, Krishna is the person who produces HIS own acharyas, and then controls HIS own acharyas, not this lot! These idiots forget that Krishna owns and controls the acharyas, not them and their foolish committee!]

And others have already pointed out what the opinions of Srila Prabhupada and our purvacaryas are on the matter, so again no need to re-iterate the same. Srila Prabhupada also said that if you are arguing with someone like a Buddhist who doesn't accept the Vedas that you don't present sastra as evidence because they reject that, but rather to use logic and reason to defeat them. So that is the situation with HdG -- he doesn't accept Prabhupada, so quoting Prabhupada will not work.

[PADA: Right, the only way to fix a cleric who has become an atheist, an unbeliever, is to have this person removed from all posts of authority and not allow him to enter the society, and to make a public declaration this person is persona no grata henceforward.]

My line of reasoning was: that since HdG is using Madhvacarya as an excuse to reject the teaching of Srila Prabhupada, to then investigate and present what Madhvacarya's views on the matter actually were.

[PADA: No, there is no need to argue anything with a person who has rejected the authority of the acharya of ISKCON, he needs to be removed from ISKCON.]

And, that all acaryas who came after him, including Srila Prabhupada – remember we Gaudiya Vaisnavas are a branch of the Madhva Sampradaya – also accepted the views of Madhvacarya. And that it is only HdG who has used kutarka (false logic) to arrive at absurd conclusions that make him the laughing stock of anyone at all conversant with the topic. This of course says a lot about the intellectual acumen of HdG's followers. But, just like soaking one's infected foot in salty water draws the pus out of the body, HdG is inadvertently doing a service to ISKCON by drawing to him a whole class of intellectually defective and problematic devotees. (Boiling the milk.)

I hope this clarifies your doubts.

[PADA: This is another problem: the GBC allows people like Jayatirtha to soak out a thousand people from ISKCON; Satsvarupa soaks out Gita Nagari's manpower; Kirtanananda soaks out another few thousand -- thus New Vrndavana has to turn to fracking to survive; Suhotra kicks out many Prabhupada devotees and soaks up the few remaining people into his 1940s detective noir loving scheme -- ad infinitum. And of course the GBC acts like the Pied Piper and leads thousands of people off to Sridhara Maharaja, Narayana Maharaja, Babajis etc.

And now the New York temple is being sold -- supposedly because of a lack of people. And this process continues all along, with the recent fall down of Prabhavishnu, which soaked out hundreds of more people, and so on an so forth. Is there any plan to actually keep any actual people left in ISKCON? Where is any of this authorized by the acharya? ys pd]