Ritviks must stop fighting the puppets in the shadows! 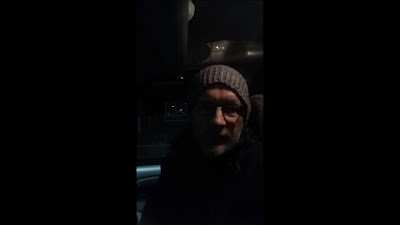 Fighting puppets in the shadows?

Re: Fwd: Fw: My Message To Ritviks - Stop Fighting Puppets In The Shadows & Know The Real Enemy!! 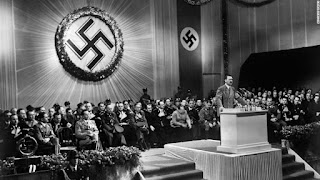 PADA: Right, Mukunda das (UK) says he wants all the devotees to discuss Hitler and fight the Illuminati, and he sends links to people to watch items such as: "the real story of Hitler" and so on. However, Srila Prabhupada says this is meditation on "big animal" consciousness:

Prabhupada: "...If one is not Krsna conscious, he's nothing but animal. So if other small animals praise him, "Oh, you are..." This Gandhi or Indira Gandhi or, and the Hitler and... What is the value? He's a big animal, that's all."

Hah hah! So this means, even Krishna and Srila Prabhupada agree, the Mukunda program is praising big animals and nothing more. The good news is that some of Mukunda's former Third Reich associated pals have been back-pedaling on the Hitler prajalpa issue, and they no longer send PADA his links and / or links to WW II and etc. The Hitler prajalpa fever is dying down. Thus, the issue is losing interest and followers.

Goody! Hitler's actual program was not much of a success even for Hitler himself, for the record he simply got millions of people killed and he died an inglorious death in defeat. Why would we make this person, and a big animal conscious person to boot, our worshiped hero?

As some ex-gurukulis noted, Mukunda dasa even looks like the very "puppet in the shadows" he describes, as pictured above? Mukunda das wants Krishna's devotees to go out and challenge the "The world's Jewry population / New World Order / International Zionist / Illuminati" / etc. ... and this is going to fix the forever -- eternal problem -- of false gurus going on for seventeen thousand kalpas already? Worse, some of our devotees preaching in Israel tell PADA, Mukunda is simply making it harder for other devotees to preach (is this his goal)?

And! There was even a huge false guru program in 1936, but no Zionists were present there. People have been attacking and poisoning pure devotees and gurus in India for thousands of years, yep not really a Zion-ista problem because -- none were present? Most of the current crop of new GBC's gurus are from Hindu Indian / and or Western Christian stock anyway, this problem is shifting over to other races and religions anyway.

How will the New World Order / Zionists /  Illuminati be controlled and contained even if people wanted to do so? Mukunda never details how this can be done? We need to identify the enemy, but then there is no apparent plan to clearly identify who that is, much less fix the problems created by this enemy?

Who is the exact enemy? The world's Jewry! OK millions and millions of people scattered all over the planet. How do we contain one, some, any or all of them, since their opponents have not been able to contain their program for thousands of years? And where does Srila Prabhupada say his followers need to contain any race or religion as our main priority? And how does Mukunda plan to contain the worldwide Illuminati members and take down their empire, which he claims has gone on for thousands of years? No explanation is ever given.

And! What about preaching to people about Krishna?

*** Opposes our idea of having original books and the worship of Srila Prabhupada re-established by our advertising people who are doing that. His pals have said PADA needs to be removed from the internet. Umm, so the GBC's gurus win by default? And many people from UK write me asking "where are the Prabhupadanuga programs in UK," and there is only one we know of, and its not his. How can we spread a movement, without making one in the first place?

*** Mukunda still says he is infuriated that hundreds of ISKCON's kids were pulled out of the GBC's "guru" schools. Why do the Sanat / Mukunda / Prahlad / Janardan / Krishna Kirtan / Dayalu Nitai's HKC Jaipur folks want children to stay in abusive situations? Isn't that what the Illuminati wants? Even ex-kulis ask PADA: What kind of human beings are happy to see children being abused, and are infuriated when children are liberated from that condition? Even dogs try to protect their puppies?

*** Some of the ex-child victims of their program were committing suicide, and then the Mukunda team promoted an article that said, not only are the suicides a great and wonderful process, all of Srila Prabhupada's children need to "die in a blood bath in Dallas." In other words, they said the suicides were not killing their victims quickly enough. Even some ex-kulis are amazed that these guys admit they are happy to see their kuli associates -- dying? Why does Mukunda's program only function standing on the dead bodies of Krishna's children? And how is that different from the Satanic Illuminati's process?

Why do the Sanat / Mukunda / Prahlad / Janardan / Krishna Kirtan / HKC Jaipur folks keep telling us they want their children victims -- to die? Is this the mentality of saintly people, lets pray that children -- die? Again, some ex-kulis tell me, these guys are just as bad as the perps, if not worse, because they are defending the perp's infrastructure and mentality.

*** Then the Sanat / Mukunda / Prahlad / HKC Jaipur folks started promoting links to Bhakta das, number one cheer leader of the GBC's and Gaudiya Matha's false guru's program. Why don't these people know that God and His acharyas are not illicit sex criminal deviants? When are they going to actually read any of Srila Prabhupada's books? These people do not even know we should not be promoting sexual predatory guru projects that victimize little children and /or their hand maiden help mates? As one devotee told me recently, even the flesh eating karmis know right from wrong better than these folks perhaps EVER will!

*** As soon as we sued the GBC over changed books, Mukunda wrote PADA "lawyers are all nonsense" and that means they wanted Jayadvaita's books to have ALL the lawyers and Srila Prabhupada's should not have ANY legal help. Why do the Sanat / Mukunda et al. team want us to have no legal rights to the original books? The good news is, even Malati says MOST devotees say (NOW agreeing with PADA) we need original books.

*** As soon as we introduced the poison case, same problem, the Sanat / Mukunda / Prahlad team wrote in public that I am a liar offender, which is what Tamal said, so they can discredit the issue and save Judas. Srila Prabhupada's poison complaint is -- a lie? That is exactly what the Judas party said about us!

*** And now many, many devotees write complaints to PADA, saying they think Mukunda's team is trying to ruin Krishna's and Srila Prabhupada's name by making it look like they are Nazi sympathizers. We agree with those folks!

*** According to Mahesh Raja and others, Mukunda was beating his wife violently and she had to report him to the police as a woman abuser. Is this why he is the apparent biggest defender of the GBC's violent predator perps on the planet, he is another violent perp himself?

*** According to other reports Mukunda went to Vrndavana where he was having sex with a woman he met there, and their sex noises could be heard by the children on the other side of the curtain. Is this how we should behave in the holy dham? Srila Prabhupada says people who have illicit sex in the dham have to take their next birth as monkeys, dogs or stool eating hogs. Is this the example we want to set for our children?

As some folks told us recently, we can physically take the devotee out of the GBC's program, but we cannot always take the GBC's program out of the mind of that devotee, even if his body has apparently left their association. And this also shows why we have had such a hard time containing some of these problems, there is residual tremendous sympathy for the molester messiahs program even among some so-called outsiders.

Doesn't all this make Mukunda one of the Illuminati's agents? He wants to lump in Krishna with the animal conscious people? Srila Prabhupada of course sums up their whole program, bodily identity aka cats and dogs mentality:

"That is cats, just like these cats and dogs at night. Nobody has given him charge, but he is thinking "I am in charge of the road. Why this put-put motorcar, you have come here? Go on. Go on. Gow! Gow! Gow! Gow!" But who has given him charge? But he's starving, and people are throwing stone upon him, but he's thinking "I am in charge of this business. Why at night this car has come?" Dog mentality. Is it not exactly like the dog? He's disturbing all others—"Gow, gow! Gow, gow, gow!"—but he's thinking that "I am in charge." Is it not dog dancing, these politicians, politics? Who cares for you? Gandhi or there, he has gone. Does it mean the world activities stop?

Churchill was there. He has gone. Hitler was there. They are coming and going like so many insects. Napoleon was there. Who cares for them? We are licking up their so-called activities: "Oh, Napoleon was so great. Gandhi was so great." And what he has done? The dog dancing. Who can understand that unless one is Kṛṣṇa conscious? What he has done actually? Has he stopped death? No. Population, birth, sterilization... Will they be able to stop it? Simply manufacturing concoction and jumping like a... That's all. And if you say the real thing, upadeṣo hi mūrkhāṇāṁ prakopāya na śāntaye, they'll become angry." 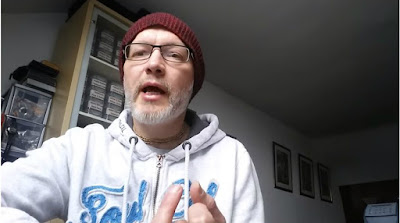 Recently re-asserted: he is infuriated 100s of kids were stopped from being abused, and indeed that some of their lives were saved. What do we expect from people Srila Prabhupada says, are in cats and dogs consciousness?