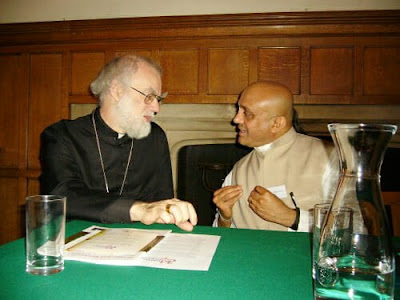 Sruti Dharma Das, Temple president at Bhaktivedanta Manor has been diagnosed with a form of brain cancer. The news was unexpected as there had been no previous indications. Both his family and the temple community are adjusting to the news. Sruti Dharma had been facing various health complaints and his medical advisor spontaneously decided to run further tests beyond what was required. The results of those tests showed several lesions on his brain. He was then admitted to Charing Cross Hospital so that samples for a biopsy could be taken.

The test results confirmed it is cancer.

Over the next weeks and months Sruti Dharma will undergo both radiotherapy and chemotherapy supported by a host of holistic treatments. He has a superb team of health care professionals who are evaluating further treatments now available outside of the UK. During this time of treatment he requires to rest and recuperate. He is at home with family and still very much keeping up with temple matters and the construction plans for the Shree Krishna Haveli community facility.

His family is grateful for the unprecedented support from the community, and they remain optimistic. We ask everyone to respect the family's privacy at this time.

Meeting with the temple leaders he emphasized the need for all to go on as usual in the service of Lord Krishna, ‘We need to get the Haveli built and have many more years of service together. This is my test sent by God and I am determined to get a good grade. If you want to pray, pray that I may have the strength to serve you all in a way that pleases Lord Krishna’.

Any matters regarding health care should be sent to sanjiv@krishnatemple.com

[PADA: First of all, PADA finds it hard to understand why anyone would want to participate in a "Vedic Teaching Program" which teaches: (A) Krishna is God, and therefore, (B) God's "guru chain" or parampara / His acharya's / successors / and "shaksat hari" (same as God) guru lineage contains: drunkards, gamblers, sexual predators, molesters, criminals and even orchestrators of murders. Yep, Krishna is God and therefore His successors are often -- sexual predators, deviants, criminals and debauchees. What kind of "Vedic Religion" teaches that nonsense?

Then again, we are told that the Havelli Hallway being constructed is mainly to perhaps promote Hindu weddings and other Hindu programs, to make more money from the Hindus. Really?

One of the exiled people connected to the Manor process says that the Prabhupadanuga devotees are banned and exiled and not allowed to even enter the property. And! The Bhaktivedanta Manor program has become exclusive promoters of the GBC's "illicit sex with men, women and children (and taxi driver's)" acharya's process. Swell. So the Manor is being used to promote the illicit sex acharyas program, in the name of Krishna? Isn't that fraudulent mis-representing of Krishna, to say God's guru successors are a pack of sexual predators, molesters, debauchees and deviants?

Yet another former citizen of ISKCON says, its no wonder their people are falling down, getting sick and even dying prematurely. They are preaching a horribly deviant idea, that God is a "saksat hari tvena" (same as) debauchee and criminal, because that is what His successors often are.

I am not sure what to say here?

Anyway, someone else said, lets hope they do not replace him with an even worse leader. This guy is the best of their lot, although he is still God-awful for promoting their sexual predator acharya's lineage, but knowing the GBC, his replacement could be miles worse. ys pd] 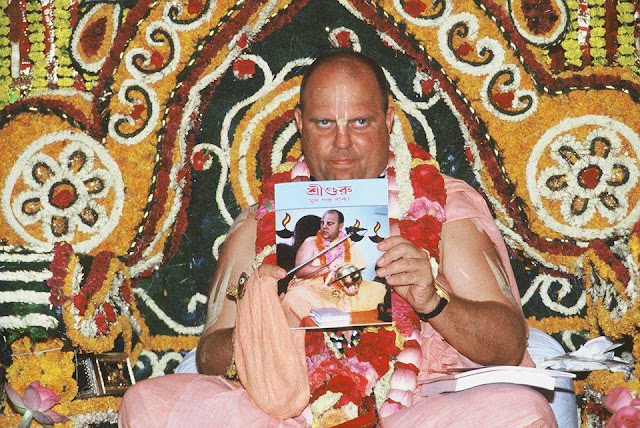 Yes, as a matter of fact, I am the master of the entire Jagat! 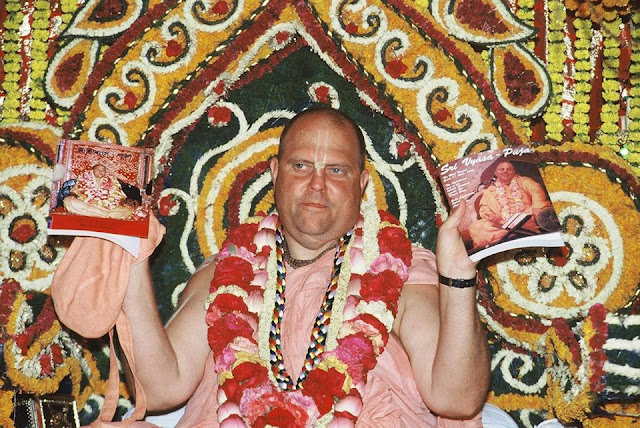 Yes! I am the most humble person on earth!

Why do Bhaktivedanta Manor's leaders promote the worship
of the founding fathers of
the sex with taxi driver's acharyas guru lineage?