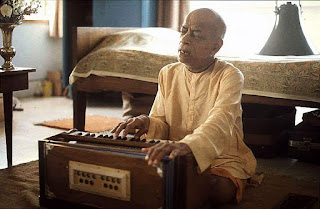 GBC are prone to maya, therefore, they are gurus?

A GBC member cannot go beyond the jurisdiction of his power. We are in the experimental stage but in the next meeting of the GBC members they should form a constitution how the GBC members manage the whole affair. But it is a fact that the local president is not under the control of the GBC. Yes, for improvement of situations such as this I must be informed of everything.

That is our real work, to educate people in spiritual life by giving them the practical example, so I wanted that the GBC would be a chosen body of men for that purpose, to see how the students are learning and reporting to me as my secretaries. I do not know how you could have missed these points, as they are clearly spelled out in my original constitution. Anyway, whatever is done, is done. So I am very glad that you are leading all others in book distribution, so you go on with your work in this way and Krishna will give you all the clear idea of how to do everything.

Note that this is about one year after the Direction of Management which Srila Prabhupada referred to as "original Constitution":

[PADA: Oh great, the Direction of Management was never implemented either.]

As far as your proposals are concerned the real thing is that we must make broader constitution of the management by GBC. But the difficulty is that our GBC men are falling victim to maya. Today I trust this GBC and tomorrow he will fall down. That is the difficulty. If the GBC men are so flickering then what to speak of the others. Unless this problem is solved whatever we may resolve it will not be very useful. We shall discuss this at our meeting. If the GBC men can ever manage properly then I shall get some time for writing my books.Letter to: Jayatirtha  --Bombay 16 December, 1974

[PADA: There you have it. In 1974 it was well known to many of the members of our ISKCON society and especially the leaders -- that the GBC overall were flickering, were constantly falling victim to maya, and in other letters Srila Prabhupada complained the GBC were gossiping on the telex, were not chanting their rounds, were not following the principles (were engaged in illicit behaviors) and so forth.

Of course even the average mundane man on the street knows that people contaminated with these "anarthas" or unwanted desires are NOT gurus. How did they become gurus, how did that happen? So this is the key actual history that needs to be explained, why did the GBC think that people prone to all of the above deviations (and more) are diksha gurus, parampara members and acharyas?]

[PADA: Right, the post 1978 documents were co-drafted with people like Sridhara Maharaja, and he was the person who advised the GBC's "2/3 show of hands guru voting." And this deviation has now been fully implemented, along with thousands of other "rules," which were never authorized by Srila Prabhupada.

One bogus and concocted "rule" is for example: right now a PADA reader has complained about the GBC's "rule" that he has to accept another GBC guru -- after his first two acharyas fell down. And so I explained to this person that none of this "gurus falling down left, right and center" process was ever discussed or authorized by Srila Prabhupada. Rather, Srila Prabhupada says anyone who thinks gurus are constantly falling down is an aparadhi. And the GBC has made many other bogus and dodgy rules about gurus being censured, monitored, suspended, removed for deviations, excommunicated and so forth, also -- not mentioned anywhere by Srila Prabhupada.]

• ARTICLE I –DEFINITION AND MISSION

Continue to work with Org. Dev. On Membership and GBC issues
Create supporting documents
Widen the circle of input
Prepare for public feedback
Strive for unanimous agreement from GBC body
Strive for consensus  amongst ISKCON leaders
Ratify when ready. Goal is by 2016

Draft is not ready for public circulation
Contacts

o (A) To propagate spiritual knowledge systematically for checking the imbalance of life, to the whole world over with a view to educate the people in general in the techniques of spiritual life as the basis of balanced psychic and biological development of the human race and thus to achieve real unity peace of the contending elements of the world situation.

o (A) To educate the greater human society in the techniques of spiritual life as the basis for a balanced psychic and biological development, and thereby achieve for the first time in human society a real peace and unity among the contending forces in the world today.

(B) To systematically propagate spiritual knowledge to society at large and to educate all peoples in the techniques of spiritual life in order to check the imbalance of values in life and to achieve real unity and peace in the world.

[PADA: Sounds great. Lets draft a constitution. Unfortunately, the same group of people who have been ENFORCING -- sometimes with cult violence -- that God's guru successors are often found engaged in illicit sex with men, women and children, and maybe goats, are the apparent people in charge of writing this document? Or what? The same people who have been in charge of the -- cult enforced ritualistic worship of deviants as acharyas -- are now going to save their own self-created Frankenstein monster bogus guru crisis situation -- that they created themselves?

And for the same reason, if they wanted their document to have a shred of credibility, they'd need to find better people than their current illicit sex with men, women and children messiah's club members as their writers. Meanwhile, as the GBC struggles to figure out their actual status, and they discuss what capacity they are supposed to operate as, either as fallible kanistha Governing Body members who are subject to human frailties and maya, or as absolute uttama acharyas, they are still banning, removing and suing anyone who disagrees with what appears to be -- a massive misunderstanding of the basics of our siddhanta.

Anyway this is a good start, we are prone to maya, so therefore, we are NOT gurus. We lied to you this whole time. ys pd]

Kalasamvara: Prabhupada, when you leave this material world, will there be another spiritual master after you? Another pure soul?