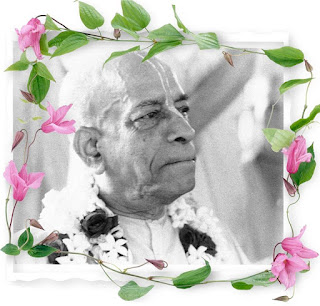 Dear devotees in Zagreb temple and in all Croatia.

All glories to Srila Prabhupada!

I have most humble request for you all, hoping that you will not take this as an offence. I just wish to tell you what am I witnessing on the streets of Zagreb, almost every day, and how I feel about that. I see devotees everywhere distributing books, but those books are not Srila Prabhupada's books. Every day I see the same and I feel my heart is breaking. Please, kindly, at least, think off for the second, for what will I say about that. Please, do not just reject. My intentions are not bad.

Please, kindly try to understand that Prabhupada's books are the Absolute Truth in a written form. They are the only way to save all the souls on this planet. They are Krishna Himself. They are standard for spiritual knowledge for the next 10000 years. The books written by Prabhupada's disciples are not on the equal level. They are not even close. Devotees can read them, if they like, and find the inspiration, but they are NOT for the distribution to the fallen souls.

That books are not empowered by Caitanya Mahaprabhu to save anyone. Prabhupada wrote Srimad Bhagavatam till His last breath for that purpose. Please let us not be so unkind and ungratefull to Srila Prabhupada and His mission which was His own life and soul. Please, let us not neglect the fact that there would not be a single devotee on this planet (including all Prabhupada's disciples) without Srila Prabhupada.

Srila Prabhupada is the SAVIOUR. And He will continue saving souls only if we continue giving and shareing His transcendental books. Please, let us continue His mission - out of gratefullness - because He only wanted that His books go out to the fallen. Please, let us not try to replace Him out of sentimentalism.
Thank you very much. Humbly, Daivi sakti devi dasi

[PADA: This is good, more people are realizing that the changed books are bogus, and the GBC guru's books are even more bogus. Goody! ys pd]

[PADA: Ooops, these folks are advertising themselves as Prabhupada's Bhavan, sounds good, but then they are posting a photo of Bhakti Vikas swami as their apparent spokesperson. BVKS is a "vote in" member of the GBC's illicit sex with men, women and children acharya's program. Why doesn't BVKS know that illicit sex is not found in acharyas?

And Bhakti Vikas swami regularly lectures that we cannot approach Krishna by our Prabhupadanuga process of worship of Srila Prabhupada, he says we need to stop worship of Prabhupada and surrender to his illicit sex deviant messiah's program in order to attain Krishna. Why does BVKS think we can attain Krishna by worship of his illicit sex guru process? Is there any religion on earth that preaches that the process to attain God is to worship illicit sex, or worship the people voted in by persons engaged in illicit sex, like BVKS was voted into the illicit sex acharya program? If anyone from Prabhupada Bhavan can explain this, we'd like to hear about it. ys pd]

PADA: Thanks. Why is Bhakti Vikas swami supporting suing us for $20,000,000 for our worshipping Prabhupada? And why was he voted into the GBC's guru program, which has illicit sex with men, women and children? Yes, he has supported banning us all along, our Prabhupada devotees have been banned, beaten and some were killed, because our program wanted to worship Prabhupada, and BVKS is a huge supporter of the GBC that is doing this violence to the Vaishnavas.

Jayapataka says that acharyas are often falling into illicit sex, and BVKS is falling at his feet. And he lectures that they are right. OK. They are right to sue us and stop us from worshiping Prabhupada. Why is his party spending $20,000,000 to stop the worship of Prabhupada? And we need to worship BVKS and his illicit sex acharyas program -- instead of Prabhupada? Why would we do that?

Anyway, Srila Prabhupada's program is expanding. There are maybe 22 centers throughout India, and we are making more Prabhupada devotees every day all over the planet. Right now our blog is also getting hits from all over the planet, and people want to follow our idea of worship of the pure devotee.